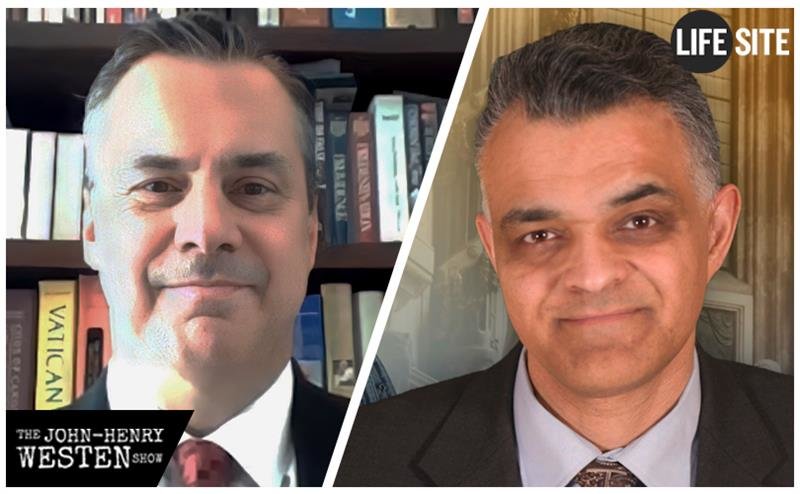 (LifeSiteNews) — On Tuesday’s episode of The John-Henry Westen Show, I sat down with Catholic author and Fatima expert John Salza to discuss Pope Francis’ coming consecration of Russia.

Well, at least we thought it would be the consecration of Russia. It turns out the simple request to set aside Russia for consecration is something yet another pope can’t seem, or doesn’t want, to follow — which may lead to catastrophic consequences.

I wrote last night that in at least eight attempts over the past century, various popes have failed to perform the consecration according to the specific request of Our Lady of Fatima. This is the very essence of Salza’s book titled The Consecration of Russia: How Seven Popes Failed to Heed Heaven’s Command and Brought Turmoil to the Church and the World. Failure to do exactly as Our Lady asked means no widespread conversions and no world peace. It could even mean that “various nations will be annihilated,” as she warned. Nuclear warfare isn’t out of the question, either.

Pope Francis needs to get every word of this consecration right. The stakes are incredibly high. Yet he’ll be missing the mark by choosing to consecrate “humanity, especially Russia and Ukraine” instead — which is not what Our Lady requested. As Salza told me on today’s episode, Russia must be “singularly identified” as the object of consecration.

“The act of consecration means identifying something specifically to set it aside for a sacred use, and what it is intended to do is to bring something from its profane state into a state where it can be used sacredly,” he said. “And because Our Lady said that God permitting Russia to be the instrument of chastisement for the world, this is why Russia has to be singularly identified as the object of the consecration. To say that we’re consecrating humanity with Russia and other countries, it convolutes the formula. Our Lady’s words were so very simple, and we know how God acts because this is ultimately coming from God Himself. We must follow His commandments to a T.”

Salza and I also dug into what has happened in the world after previous popes failed to consecrate Russia according to Our Lady’s specific request, as well as what might be coming on the horizon if Francis consecrates “humanity” instead.

Today’s episode is a must-listen. Check it out below: