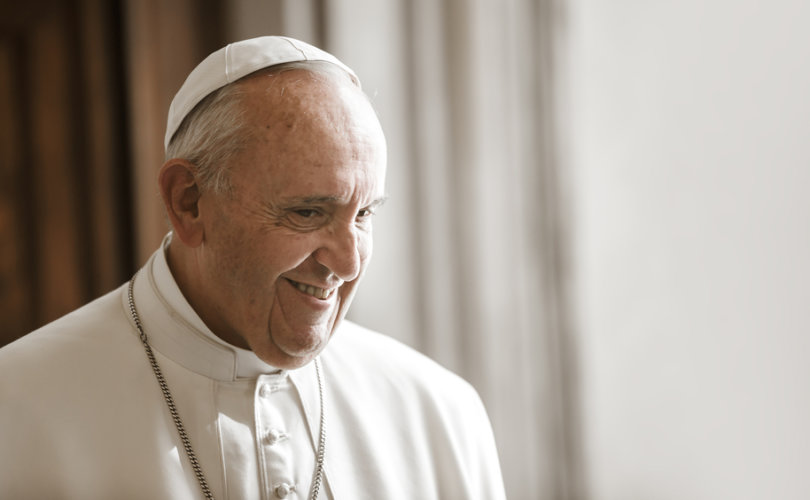 January 11, 2021 (LifeSiteNews) — I am not among those who said they knew, the moment Jorge Mario Bergoglio stepped out on the loggia of St. Peter’s, that we were in for a terrible time. However, within the first year, there was already evidence that the cardinals had elected a modernist, a proponent of rupture, of liberation theology and socialism; and as the years went on, it became ever more obvious that his pontificate would embody all the worst tendencies of Paul VI, John Paul II, and Benedict XVI, but without their redeeming qualities.

Pope Francis’s decision, with his motu proprio Spiritus Domini, to modify canon law so that the “ministries” of lector and acolyte are now open to women fits snugly into this larger pattern of rupture from Catholic tradition. While previously women were allowed to read the readings and assist at the altar, canon law permitted only men (viri) to be “installed,” in a permanent and stable way, as lectors and acolytes. It is, one might say, another nail in the coffin of the Novus Ordo, detaching it still further from the patrimony of Latin-rite worship.

For well over 1,700 years, the Roman Church knew the existence of four “minor orders” (porter, exorcist, acolyte, and lector) and three “major orders” (subdeacon, deacon, and priest). All of these roles are either liturgical or have liturgical implications, and therefore were reserved to men. Paul VI attempted to abolish the minor orders and to replace them with what he called the “ministries” of acolyte and lector, but to maintain some semblance of continuity, he too limited them to men. At the ground level, of course, the same kind of disobedience that led to communion in the hand led also to the routine use of women and girls as servers and readers (i.e., not officially instituted acolytes and lectors); John Paul II, in one of the worst moves of his pontificate, recognized the practice as allowable, albeit not required.

Thus, while Pope Francis’s motu proprio may look like a technicality—and surely would have no effect on all those places in the world where the sanctuary is already overrun with females—it represents, in fact, a tectonic shift both in theology and in praxis. For the first time ever, Francis is saying that the Catholic Church should officially institute women as liturgical ministers, i.e., not as substitutes for ministers, but as ministers simply speaking.

While such a decision does not logically demand an opening to women deacons or women priests, it is, at the same time, intelligible only against the backdrop of the pervasive feminism that has equated the worth of women with their taking-on of roles traditionally reserved to men. In that sense, it continues to stoke the flames of a false egalitarianism that will never stop agitating for women deacons and priests. Moreover, it reflects a failure to understand why ministries were reserved to men in the first place, and why the inclusion of women in these roles is contrary to the very nature and structure of the Catholic liturgy. Many have argued these points over the years; I myself have done so in several articles that now take on a new relevance:

I’m a housewife. I’m not an academic. But I can read. Not one theologian or academic I’m aware of (please prove me wrong) read Querida Amazonia and reported on what IT DOES NOT SAY. It does not mention the family and the woman’s irreplaceable role in it, as every previous reflection on the Church in the world has done. It does not mention mothers and their role in forming children. It does not mention fathers as providers and protectors. But it does speak of women as sort of parallel apostolic agents who ought to be recognized as such. In other words, it speaks—very clearly for those who have ears—of a new ecclesiology in which traditional apostles—men who are priests—must give way to and work with, and often under, women in apostolic roles. This ecclesiological vision is what is behind Cardinal Ouellet’s letter on women being given equal roles in seminaries. And it is behind this move reported here (QA is referenced by Pope Francis in his letter to the CDF) to codify in Canon Law the long-established role of women as lectors and women and girls as acolytes. (As always with progressives, praxis precedes formal legislation.)

So no, Querida Amazonia was not the anodyne letter proving that the orthodox needed to apologize for worrying about Pope Francis’s destructive tendencies. In fact, it was one more wedge in the modern fissure threatening the bulwark, the Church. When women start to think of their “baptismal dignity” as being proven in the sanctuary, the work of these corrupt shepherds will have been accomplished.

Apart from its egregious departure from Catholic tradition—not a problem, apparently, in the mind of a pope who already modified the Church’s universal catechism on a matter of no small importance—many practical problems are likely to emanate from this latest change to canon law.

In the United States, and here and there elsewhere in the world, we have seen a slow return to the custom of male-only altar service, which, even under Spiritus Domini, remains fully legitimate (there is no requirement that women be lectors, acolytes, readers, or servers). To have only males in the sanctuary is not the majority practice, to be sure, but it has shown a surprising tendency to reassert itself. This new motu proprio will equip liberal bishops and pastors with a tool for opposing such efforts. According to the liturgical law that governs the Novus Ordo, if an instituted lector or acolyte is present, he (or now she) must be used in preference to anyone else. Previously the decision to use women lectors or servers was left up to the individual priest, but Pope Francis’s change of law could be utilized to “plant” female acolytes and lectors in parishes so that they must be employed. That would be an effective way to terminate efforts at restoring a more traditional praxis.

Some Catholics attached to the traditional Latin Mass have been wondering if this change in law will affect them. The answer is no, because—at least for now—this authentic form of the Roman rite is governed by its own laws, namely, those that were in force in 1962 (and, increasingly, by the customs present prior to 1955). Therefore, just as communion in the hand and “extraordinary ministers of holy communion” are impossible to introduce to the TLM, so too the rules about lectors and acolytes cannot affect it, since they are crafted for the Novus Ordo alone.

When I said earlier that Pope Paul VI “attempted to abolish the minor orders,” I chose my words carefully: the fact that the minor orders continue to be conferred in priestly and religious communities that make use of the classical Roman rite indicates that they have not, in fact, been abrogated, any more than the usus antiquior itself was abrogated. In short: each of the two “forms” of the Roman rite has its own specific liturgical legislation, and never the twain shall mix. It seems to me far more likely that Pope Francis or a future pope would attempt to outlaw the usus antiquior altogether than that he would order the rubrics and laws of the Novus Ordo to be observed in the celebration of the old rite. (Again, I say “attempt” because it would be impossible for a pope to outlaw the immemorial liturgy of the Roman Church, fulminate though he may.)

Given this decision, conservatives can say goodbye to their dream of reestablishing continuity between the immemorial Latin liturgical tradition and the brave new world of the Novus Ordo. Francis has indicated—indeed, I would say all of the popes since the reform have indicated—that they care nothing for such continuity in and of itself, in its deepest root; at best, a few external reminiscences of the past might be tolerated for those who “like” such things. But it is not about “smells and bells”; it is, and has always been, about the inseparable bond between lex orandi and lex credendi, the content of our worship and the content of our faith.

Thank you, Pope Francis, for once again reminding us that what we need is not a “hermeneutic of continuity” at the mercy of its intrepid hermeneuts, but simply the reality of tradition, which is what you and all modernists despise.