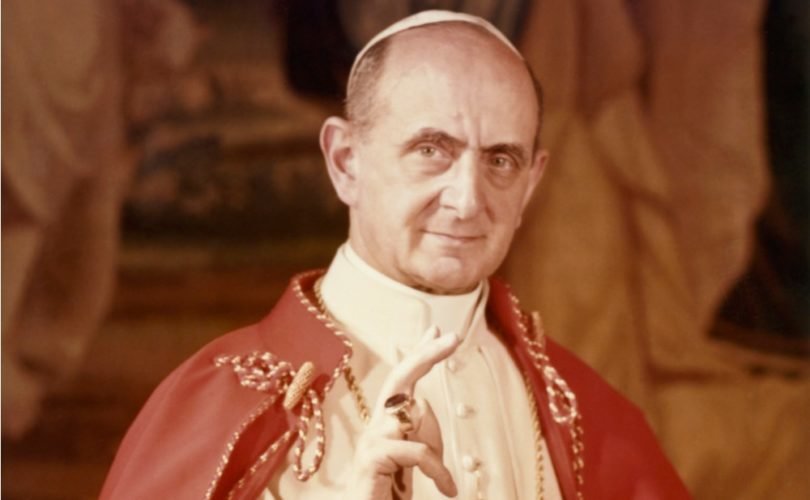 July 25, 2018 (LifeSiteNews) – Today we commemorate the fiftieth anniversary of Humanae Vitae, Pope Paul VI’s most countercultural act of Christian fidelity to the law of God. This famous Encyclical continues to be attacked by a wide swath of modernizers, from top Vatican officials to the usual suspects at the National Catholic Reporter. In view of this determined resistance that shows every sign of continuing for another half-century, it would be appropriate to reflect on the deepest reasons why Christians must reject artificial contraception.

It is not merely because the practice of this vice leads to evil consequences, such as selfishness in relationships, unbridled lust, treating children as objects and possessions, and demeaning the personal dignity of the body by turning it into an object. No, it is because the fertility of man is a sublime gift, an imitation of God Himself, a way in which we participate in His act of creation and providence.

The greatest pagan philosophers already recognized this truth. Plato saw fertility as the expression sought by beauty: beautiful things naturally seek to multiply themselves. Proclus saw fertility as the metaphysical property of goodness: anything truly good spreads itself. Aristotle saw it as the way in which all things strive to partake of the divine fullness of life: if one cannot exist eternally, like God, one can echo that eternity through offspring.

It is no accident that ancient religions were characterized by cults, rites, and offerings focused on fertility. The central theme of wedding ceremonies was always fertility, begetting and bearing new life. Traditional initiation rites centered around the new and mysterious power of generation—boys became men, and girls women, because they could now exercise paternity or maternity, in common with their elders in society. And always, there was seen to be something godlike in this power of procreation, because it reflected the power of creation hidden in the depths of nature or in the heart of the creative God. Just as man was called upon to exercise “providence” or foresight in imitation of God, so, too, he was called upon to participate in the work of creation.

This is what pagans already perceived, still groping in the shadows of a world without revelation, unenlightened by the splendor of the Christian truth that God Himself lives a life of infinite fruitfulness in the relations of the Most Holy Trinity!

When man can dominate his ability to have children and uses this dominion to prevent children from coming into existence, this abusive power already shows a divorce between his life (a parcel of particular desires, ambitions, anxieties, etc.) and the goodness of life itself, which is endlessly sharable, as in the Blessed Trinity. In other words, even if a man or woman finds his or her own existence a good, being itself is not felt to be a good to be multiplied. Existence is either neutral or negative; one brings a child into the world calculating the net profits and losses.

Life is the first and most basic good, the one prior to and foundational of all others. We are talking here about an unconscious, prevoluntary attitude: the love of life simply speaking, and the innate desire to share it, produce it, foster it, rejoice in it. If ever children are not the focus of a young man’s or young woman’s desires in thinking ahead to marriage, both the individual and the society must be profoundly diseased. There has been an atrophying of the will to live; the most elemental love of all, love of being, has waned almost to the point of vanishing. Contraception therefore points to spiritual death, the death of the natural “love affair” with life.

Hence, what Paul VI was upholding with Humanae Vitae was not some kind of arbitrary “rule,” an enforced mortification of human desire. He was upholding the goodness of being, the beauty of creation, the godlike gift of procreation, the call to go beyond ourselves in love.