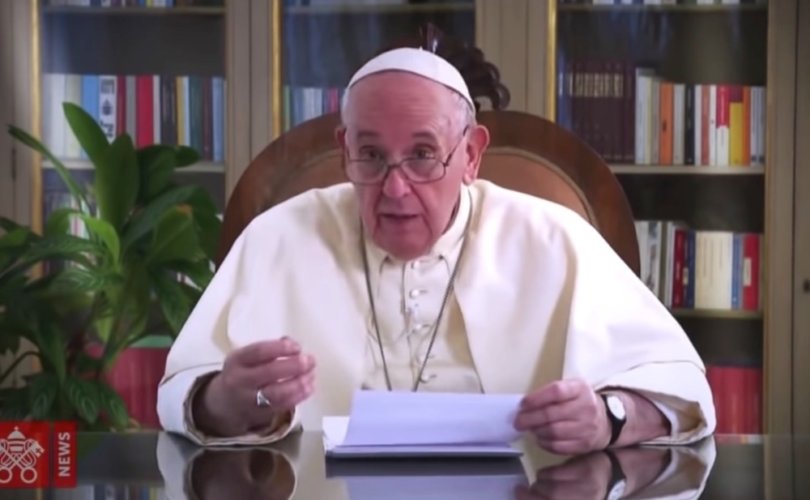 July 9, 2021 (LifeSiteNews) – On July 8, the Vatican announced that Pope Francis appointed Cardinal Jean-Claude Hollerich, S.J. as the general relator of the upcoming 2023 Synod of Bishops on Synodality. The Archbishop of Luxembourg is known to support the idea of ordaining married men as priests and of being open to the idea of female “priests.” Since he is also an open supporter of the controversial German Synodal Path, this papal appointment gives us an idea of where Pope Francis wishes to lead the Universal Church during her upcoming two-year-long synodal process.

In September of last year, the prelate expressed “great respect” for the German Synodal Path “because one dares to ask very large questions.” These questions, he then added, had to be asked.

Further expounding on the German Synodal Path’s themes – which include blessings for homosexual couples, female “ordination,” and married priests – he showed himself open to the idea of “ordaining” women to the priesthood. He stated: “I do not say that they have to become female priests; this I simply do not know. But I am open to it.”

Shortly before he was made a cardinal by Pope Francis in 2019, Hollerich also showed himself to be open to the married priesthood. When speaking to journalists before the Amazon Synod – which discussed possibly ordaining married men – Hollerich stated that it was a great problem that there are entire regions in the Amazon which cannot celebrate the Holy Eucharist.

“When here the ‘viri probati’ [morally proven married men] are a solution, why not?” he added.

Hollerich is currently the president of the Commission of the Bishops' Conferences of the European Union (COMECE).

His role as the general relator at the upcoming 2023 Synod of Bishops with the theme “For a synodal Church: communion, participation and mission” is going to be a crucial one. Not only will he make a presentation at the beginning of the Synod, he will also write the final document.

At the 2019 Amazon Synod, the general relator was Cardinal Claudio Hummes; he played a very strong role and pushed for married priests.

The Pope's decision to appoint now Cardinal Hollerich for the upcoming Synod of Bishops on Synodality will increase the concern of many observers who fear that Pope Francis plans to transfer the controversial and heterodox discussion of the Catholic Church in Germany to the Universal Church. And these concerns are not unfounded: According to the head of the German bishops, Bishop Georg Bätzing, the Pope told him at a private audience on June 24 of this year that he hopes that the German bishops will “help shape” the synodal path of the Universal Church.

This is the more troublesome inasmuch as Cardinal Gerhard Müller, in a recent statement sent to LifeSite, insisted that the agenda of the German Synodal Path “is diametrically opposed to the Catholic faith in form and content.”