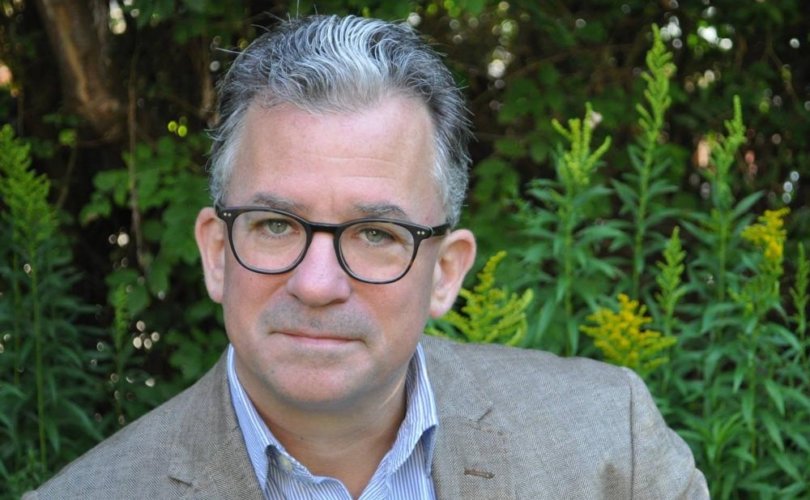 Feb. 20, 2019 update: In a Feb. 19 tweet, Austen Ivereigh backtracked his statement about Jesus possibly having “homosexual tendencies,” stating: “It never occurred to me that Jesus might by [sic] “gay” (or even “straight”). I was challenging the (bizarre) argument that priests can’t be gay because Jesus was straight. The frothing  mob shows how many RCs have become snowflakes, demanding a 'safe space'.”

February 18, 2019 (LifeSiteNews) – Having only just written for LifeSiteNews about the tweets of Austen Ivereigh, I would not wish to return to the subject but for the extraordinary nature of the latest. Bear in mind that this man has been the Director of Public Affairs for the late Cardinal Murphy O’Connor, was a founder of the Catholic media organization “Catholic Voices,” and has written a biography of Pope Francis: he is what you might call a “professional Catholic.”

Discussing the latest claims about priests working in the Vatican who are homosexual, Ivereigh suggests:

The issue, as the priests make clear, isn’t celibacy and chastity, but having to hide who they are. The denial makes it impossible to live the vow in freedom. That’s what they’re saying.

This is a convenient argument for someone who wants to say that the Church has made homosexuality into a problem by her negative teachings about it. Get rid of the teachings, and you’d get rid of the problem!

A Twitter user replied, in Spanish (this is the Google translation):

They must serve God and his people without the entanglement of manifesting or hiding a hidden tendency. The priests, I believe, must be heterosexual. They act in persona Christi. And I do not think our Lord had homosexual tendencies.

To this Ivereigh replied, in Spanish (again, this is the Google translation any Twitter user can access at the click of a button: it is perfectly accurate):

Why do you say that our Lord did not have homosexual tendencies? From what signs or sayings or gestures do you deduce this?

It is typical of Ivereigh to make a point with a question. It allows him some plausible deniability over whether he believes in the implications of his question.

So I am not going to claim that Ivereigh thinks that Christ had homosexual tendencies. The implication of his rhetorical question is rather that the conforming to Christ required of priests does not involve, even ideally, a sexual identity which is not disordered: or, rather, the claim that homosexuality is not a disordered sexuality.

Let me take a step back on the substantive issues involved here.

Our Lord Jesus Christ was sinless in his earthly life. More than that, he was free from Original Sin and all its effects and implications for his human soul and personality. More even than that, since he was conceived by the Holy Spirit, it was the Holy Spirit which guided his growth and development. This is why it would be theologically erroneous to represent Christ as physically deformed, or as physically ugly. The same goes for his psychological make-up in his human nature.

The Catechism of the Catholic Church tells us, about homosexuality:

2358 The number of men and women who have deep-seated homosexual tendencies is not negligible. This inclination, which is objectively disordered, constitutes for most of them a trial.

This is relevant to the question of the priesthood in a very important way. The Congregation for the Doctrine of the Faith told us as recently as 2005:

The candidate to the ordained ministry, therefore, must reach affective maturity. Such maturity will allow him to relate correctly to both men and women, developing in him a true sense of spiritual fatherhood towards the Church community that will be entrusted to him.

Applying this to homosexual men:

One aspect of the personality of a priest which is essential to his identity and work as a priest is his capacity for spiritual fatherhood, and this is, of course, an aspect of his work in persona Christi.

In answer to Ivereigh’s ridiculous, scandalous and indeed blasphemous question—what sayings or gestures of Christ’s suggests that he did not have homosexual tendencies?—the answer would be: every word and gesture of our Savior which manifests his spiritual fatherhood to his disciples and to others, something which flows from his affective wholeness and maturity.

The reason people are particularly interested in the question of homosexual priests in the Vatican or anywhere else, right now, is the extraordinary series of scandals involving what one might delicately call affective immaturity. A priest in the diplomatic service is found stuck in an elevator with a homosexual prostitute. A Cardinal coerces seminarians into rubbing his back and sharing a bed with him. An Archbishop commissions a homosexual artist to include him in a homoerotic mural on the wall of his cathedral. Vatican police raid a Monsignor’s flat to break up a drug-fueled homosexual orgy. These events, which cause grave damage not only to reputations but to souls, are evidence of a particular kind of immaturity over sexual matters: an immaturity of a specifically homosexual character.

I would suggest to Austen Ivereigh that this is not a good moment to polarize the debate about homosexuality and the priesthood.