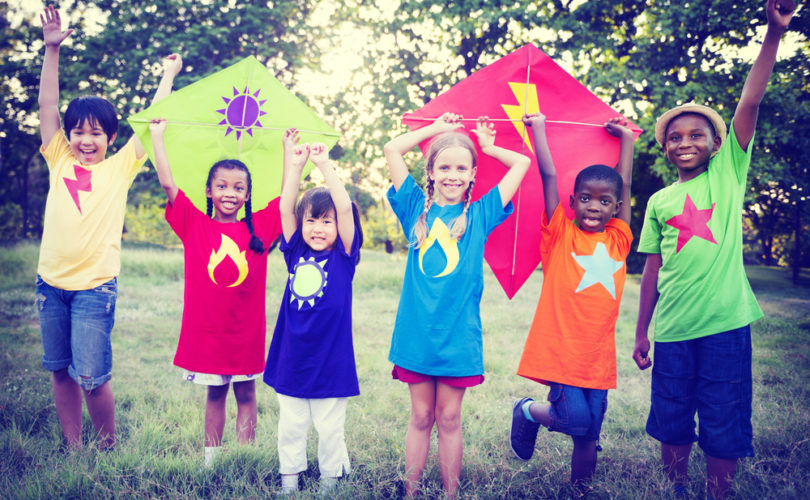 March 2, 2017 (LifeSiteNews) — Population controllers told the Vatican at a conference this week that the Catholic teaching of “responsible parenthood” in determining family size has “result[ed] in collective failure” in reducing the world’s population. They suggested that the only way to stop the exhaustion of “humanity’s natural capital” is by imposing a system of “taxes and regulations” that would help modify “social norms of behaviour.”

Both are population control advocates who speak as enemies of the Catholic Church’s traditional teaching and morals. They also make the environmentalists’ agenda perfectly clear: They want population control and a general contraction of living standards in a more and more socialized world.

Environmental Health News described their speech as a “moral revolution,” the very words used by the Vatican event’s sponsors in their presentation. In Pope Francis’ Laudato si’, the appeal for an “ecological conversion” is much the same.

Many of the 15 pages of Ehrlich and Dasgupta’s lengthy conference address are devoted to catastrophic predictions about the “Sixth Biological Extinction,” as well as warnings that the future of “civilization is utterly dependent” on the global ecosystem.

But the most important part of their presentation aims at creating a sort of moral code that would serve to put a halt to “over-exploitation” of the Earth’s resources, as well as reducing “pollution.”

Agriculture, in their eyes, is one of the main destroyers of life on earth. Nuclear war is an even greater threat. As to conventional warfare, it “also often harms biodiversity, but ironically can sometimes help protect it by making overexploitation more difficult.”

Overexploitation is the direct result of two factors, according to the two authors: Too much wealth in the “rich countries,” that leads to excessive consumption, and too many people on the Earth. They write:

Translated into the language of equity, humanity's enormous success in recent decades is very likely to have been a down payment for future failure. The tradeoff is between living standards today and living standards in the future. Our immediate success in raising both human numbers and the average standard of living has created a conflict between us and our descendants. […] Today Malthus, the ‘pessimistic parson’, is seen as a ‘false prophet’, remaining as wrong as ever (The Economist, 15 May 2008); and books celebrating humanity's achievements read as breathless expressions of triumphalism.

This can only mean that they agree with Thomas Malthus, the 19th-century Anglican pastor and economist who wrote extensively about what he saw as the ills of excessive population and who opposed all assistance for the needy. He laid the foundations for coercive population control – the new tyranny whose advent was foretold by Humanae vitae some 50 years ago.

Ehrlich and Dasgupta advocate negative growth to put an end to over-exploitation of the Earth’s resources. They put it like this:

That GDP doesn't include the depreciation of capital explains why the phrase ‘Green GDP’ is a misnomer and why to call for indefinite GDP growth and to demand sustainable development at the same time is to seek two incompatible objectives.

So they want a decrease in the global GDP, in order to reduce man’s “Ecological footprint”, where a footprint of 1 per person is equivalent to an exploitation of Earth’s resources by the present population that would not be excessive. They write:

This says little about the true use or misuse of resources and pollution. The Chinese, for example, have a mean wealth that is far below that of developed countries but their industry is a great deal more polluting.

But Ehrlich and Dasgupta are defending a political agenda. Further on, they proclaim that parents take the good of the future into account in seeking the good of their children. That’s not enough, though. The two self-affirming malthusians say that parents’ choices don’t take all the “externalities” into account. By that, they mean “the unaccounted for consequences for others of actions taken by one or more persons. The qualifier ‘unaccounted for’ means that the consequences in question follow without prior engagement with those who are affected.”

This leads them to explain:

Here we study systematic reasons why choices made even by thoughtful parents do not reflect adequate engagement with other people’s descendants. As they are symptoms of institutional failure, externalities cannot be substantially reduced without considered collective action. That is why responsible parenthood and consumption decisions at the individual level can nevertheless result in collective failure.

So, decisions made by parents for children and their future are necessarily insufficient and inadequate. But then who is to decide this? Reading between the lines, it is hard not to guess that Ehrlich and Dasgupta want some sort of social pressure to be put on families to conform to the new model – with the community and even the government deciding whether family decisions are genuinely “responsible.” That would be revolutionary in itself. Within the walls of the Vatican, it should sound crazy.

But the authors are quite prepared to impose their ideas through coercion. They write:

The externalities our use of open access resources give rise to are adverse. To reduce them would require a suitable combination of environmental taxes and regulations, social norms of behaviour, and above all the development of an educational system that teaches us the value of biodiversity – both innate and functional.

This is social engineering at the least, and shows that the “moral revolution” the environmentalists are pursuing wants to change minds and hearts not for their spiritual good, but for the good of this material Earth.

This change should be brought about, say Ehrlich and Dasgupta, by bringing consumption down. They write:

The World Bank in its World Development Indicators 2016 reports that the 1.4 billion people living in its list of high-income countries enjoy a per capita income of 40,700 international dollars. Thus, the richest 19 per cent of the world's population consume over 51 percent of world income (57 trillion/110 trillion). Continuing to assume that humanity's impact on the biosphere is proportional to income, 51 per cent of that impact can be attributed to 19 per cent of world population. If the UN's Sustainable Development Goals (SDGs) are to be met, consumption patterns in these countries have to alter substantially.

Rich countries should get poorer, in other words. And the United Nations’ Sustainable Development Goals – that include “reproductive rights” – require it.

The idea of making people deliberately poorer isn’t easy to sell, although Ehrlich and Dasgupta have found a way. They write:

Consumption behavior is influenced both by our urge to compete with others (Veblen's ‘conspicuous consumption’) and by our innate desire to conform. Each is a reflection of socially embedded consumption preferences for goods and services. As both drivers give rise to consumption externalities, the psychological cost to a person of a collective reduction in consumption is likely to be far less than what it would be if she were to reduce consumption unilaterally. The aggregate cost could even be negative, especially if the working poor were less poor relative to the working rich; as the former are far greater in number.

In other words, being poor is less hard if everyone is in the same boat, while living alongside richer people makes poverty harder to bear. According to this logic, the search for equality becomes the main objective, while bringing down the level of equality.

What Ehrlich and Dasgupta seem to be saying is that money doesn’t make people happy anyway, so they all might as well have less of it. They write:

The second “Dasgupta” in the quote mentioned above, by the way, is Aisha, Partha’s daughter. She is an “impact manager” at Marie Stopes International, one of the largest abortion providers in the world.

The authors’ arguments do not take into account different needs in different parts of the world, nor do they want to acknowledge that financial independence is often a prerequisite for freedom. In a socialized country, people can (theoretically) do with less cash. But they have no liberty to choose their children’s schools and education. Is that where the environmentalists are going?

Ehrlich and Dasgupta certainly seem to be going that way. Their conclusion is very clear:

The short-range solutions to the problem of preserving biodiversity are many, and dealt with extensively in the literature of conservation biology (Sodhi and Ehrlich 2010). But these will all prove to no avail unless the basic drivers of extermination – continued population growth, policies seeking economic growth at any cost, overconsumption by the rich, and racial, gender, political, and economic inequity (including failure to redistribute) – are addressed. Collectively addressing these are possibly the greatest challenges civilization has ever faced.

This is not the stuff freedom is made of. In giving these men a platform to promote their agenda, the Vatican has failed Catholics the world over.

The symbolism of this call to a new form of asceticism in a symposium marking the first day of Lent should not be overlooked. Asceticism and self-sacrifice are noble in so far as their object is noble. It is God who gives them their meaning. Here, mankind is being called to asceticism for “the Planet” – a new, material god who wants man to contradict and forget the laws of his own nature. Man does so at his own peril, both temporal and spiritual.