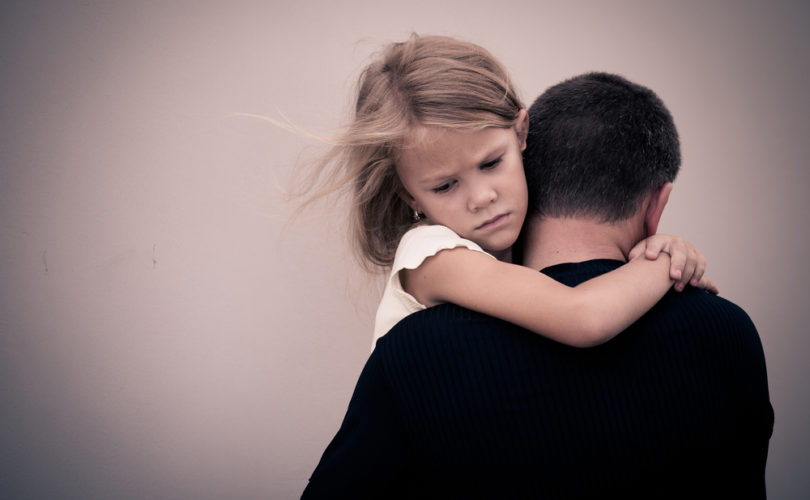 Thousands of men are so filled with guilt and shame by their involvement with pornography, that it is keeping them from fulfilling their duty to stand up for the weak and vulnerable.

Every time I, a full-time pro-life activist, write about pornography, there seems to be a few dozen people waiting to eagerly ask me the question: What does pornography have to do with abortion?

It is much easier to condemn practices that we ourselves have not been complicit in.

But even if there were no connection between abortion and pornography whatsoever, I would still write about pornography and I would still give presentations warning against it. Pornography is rapidly poisoning and rewiring the minds of millions upon millions of men and women, leaving a path of destruction in its wake that has had an impact on nearly every single family.

That being said, there is a very significant commonality between abortion and pornography: Both systematically dehumanize a group of people, in one case pre-born children, in the other women (and to a lesser extent men.) In both cases, injustices result.

In the case of abortion, we have the government-funded decapitation, dismemberment, and disembowelment of tiny human beings. In the case of pornography, we have a culture that is becoming addicted to – and aroused by – the most grotesque and savage violence against women.

Thousands of men are so filled with guilt and shame by their involvement with pornography, that it is keeping them from fulfilling their duty to stand up for the weak and vulnerable. It is difficult to stand up for women and children during the day while visually victimizing and objectifying them at night on the screens of their computers or cell phones.

Real sex, however, often results in the creation of new human beings. Abortion serves our culture’s desire to keep sex in the realm of delusional, porn-fueled recreation, without the inconvenience of children to spoil the turn-on.

Some of you may think that I’m exaggerating—but I’ve talked to many guys at pro-life displays who talked about “accidentally knocking someone up” and revealing that they “didn’t know how the pregnancy happened,” as if engaging in the act of reproduction wasn’t their first clue.

An increasing belief that monogamy is not the natural state.

An increasing belief that marriage is not something to aspire to, but rather is sexually confining.

An increasing disdain for family and raising children.

I’ll close with one final point, one final connection I’ve seen between pornography and abortion. I’ve come to believe that thousands of men are so filled with guilt and shame by their involvement with pornography, that it is keeping them from fulfilling their duty to stand up for the weak and vulnerable. It is keeping them from whole-heartedly engaging in movements like the pro-life movement, because it is difficult to stand up for women and children during the day while visually victimizing and objectifying them at night on the screens of their computers or cell phones.

Greg Forster noted of this trend ominously in First Things Magazine: “Pornography’s rise to power represents an eruption of evil in truly demonic proportions, as if hell itself were conducting a D-Day operation and had won a beachhead from which to stage a larger invasion.” Pornography is systematically castrating men by the millions, preventing them from speaking out.

The answer to that is simple. All of us have committed sexual sin in one way or another, and none of us is above the other. But it goes deeper than that. People who know how to root out evil and fight their own demons gain skills and virtues that will be invaluable in helping us fight the cultural demons let loose by the Sexual Revolution.

People who know the true cost of objectifying human beings and have fought to dispel it from their lives and build the virtue to go on without their addictions know firsthand why this fight is important. So the answer to whether the pro-life movement wants those who have battled pornography?

You’re exactly who we need.