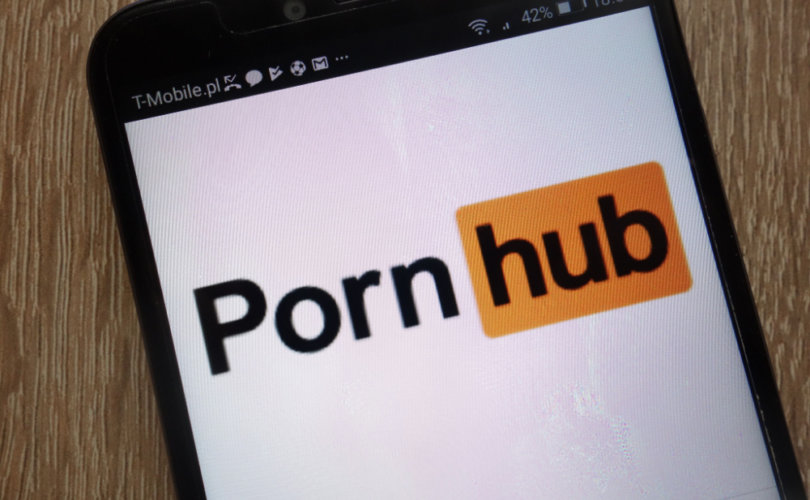 It has been one scandal after another for Mindgeek over the past several years, with major companies cutting ties, their social media pages being shut down, and reams of press highlighting their distribution of child porn and videos of rape and assault. The once-untouchable corporation has become toxic almost overnight. One of the organizations that has worked so hard to bring this about is the National Center on Sexual Exploitation, a leading non-partisan, U.S.-based organization exposing the links between sexual exploitation such as child sexual abuse, prostitution, sex trafficking, and the public health harms of pornography. CEO Dawn Hawkins explained how the campaign against Mindgeek is proceeding.

How significant are the blows that Mindgeek has been facing?

Anti-exploitation advocates and sexual abuse survivors have been fighting for years to dismantle Pornhub/MindGeek because it has hosted child sexual abuse, sex trafficking, non-consensual, incest and racist material.

How have anti-porn and anti-exploitation organizations successfully pushed for accountability?

What real-world impact does this have on pornography available to people?

Research points to pornography’s addictive nature. A 2021 study on cognitive processes related to pornography use found that excessive time and effort is spent watching and searching for pornography, resulting in impaired self-control over pornography use, failure to fulfill family, social, and work responsibilities, and persistence in these sexual behaviors regardless of the personal consequences. Adolescents are more susceptible than adults to addictions and to developmental effects on the brain. And we know that children are being exposed to hardcore pornography through smartphones, school computers, at their friends’ homes.

Currently, online pornography websites do not have to verify the age or that meaningful consent was given of every individual depicted in the content — this must change in the law. There is no such thing as “ethical” pornography: the online pornography industry and exploitation are inherently intertwined.

Sexual abuse survivors are courageous for confronting the exploitative pornography industry and deserve every ounce of justice. We are honored to serve them in pursuit of justice. Our work will not end until everyone can live and love without sexual abuse and exploitation.

What are the next steps?

We continue to advocate for policy solutions, such as the bipartisan-supported EARN IT Act, which would allow survivor of child sexual abuse material to restore the privacy they have lost because their abuse was uploaded to the internet.

We will continue to hold companies accountable for profiting from someone else’s abuse, period. We hope readers will join our fight!