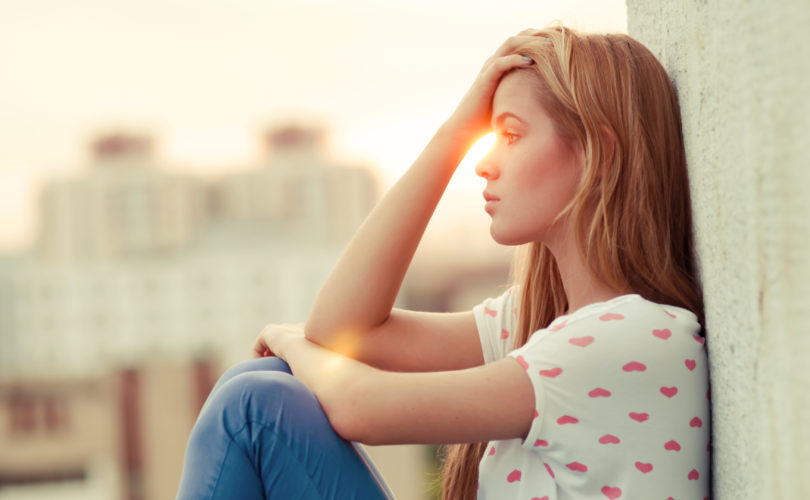 I’ve had this sick and disturbing fact confirmed by expert after expert. When I talked to Dr. Mary Anne Layden of the University of Pennsylvania, she explained to me that the sexual exploitation industries teach men something very simple: If you can buy something, you can steal it. And in ten years of working with sexual trauma victims, she’s discovered that pornography played a part in every single situation. Dr. Paul Jensen of the University of Texas told me that when he speaks to men, he just asks them a simple question: Does porn help you become the man you want to be? Men know instinctively, he says, that pornography does something dark and awful to them.

My personal conversations with hundreds of high school students across the country have given me a heart-breaking and personal glimpse of how this generation struggles with the virus of pornography that has spread through their homes and their schools, their social networks and their entertainment. And thus, an article in the Daily Telegraph of the United Kingdom this week called “Pornography has changed the landscape of adolescence beyond all recognition” did not surprise me at all, in spite of the appalling details it revealed.

It was when a doctor in the group spoke up that the group was stunned into silence. According to Pearson:

This is resulting in a sharp upswing in emotional problems among girls, something I’ve seen time and time again when interacting with high school students as well. Researchers with the Journal of Adolescent Health, Pearson reports, have been shocked to see a 7% spike in emotional issues in a mere five years—and in girls between the ages of 11 to 13. In a culture saturated with pornography, girls especially feel the pressure to conform to the fantasy that has consumed the minds of the boys and spilled out to invade their reality.

All of these problems are interconnected. “Take female insecurity, warp and magnify it in the internet Hall of Mirrors, add a longing to be ‘fit’ and popular, then stir into a ubiquitous porn culture, and you have a hellish recipe for sad, abused girls,” Pearson writes. “It explains why more than four in 10 girls between the ages of 13 and 17 in England say they have been coerced into sex acts, according to one of the largest European polls on teenage sexual experience. Recent research by the Universities of Bristol and Central Lancashire found that a fifth of girls had suffered violence or intimidation from their teenage boyfriends, a high proportion of whom regularly viewed pornography, with one in five boys harbouring “extremely negative attitudes towards women.”

Up until now, the response has been a feeble attempt at further sex education, which many experts think may have a hand in the problem to begin with—once you open the Pandora’s Box of teen sex, it’s very hard to unring that bell. And once those teenagers start taking their cues from an increasingly misogynist entertainment culture, a hypersexualized marketing industry, and violent pornography, you have all the ingredients you need to create a rape culture. The sex education being used now is not working, Pearson writes angrily—“not when tens of thousands of girls are revealing ‘serious distress and harm following abusive behavior from boyfriends.’”

But I have to wonder—does nobody think that when we have to teach teens not to hurt each other through violent sex acts that we may have done something terribly wrong? I feel pity for those who have reduced sex to “consent.” Humanity once knew that we could transcend mere consent. Consent, yes. But also dignity. Love. Compassion. When we revisit those timeless values, then we will start to recognize our new ideology of sex for the crude and insidious imposter that it is.