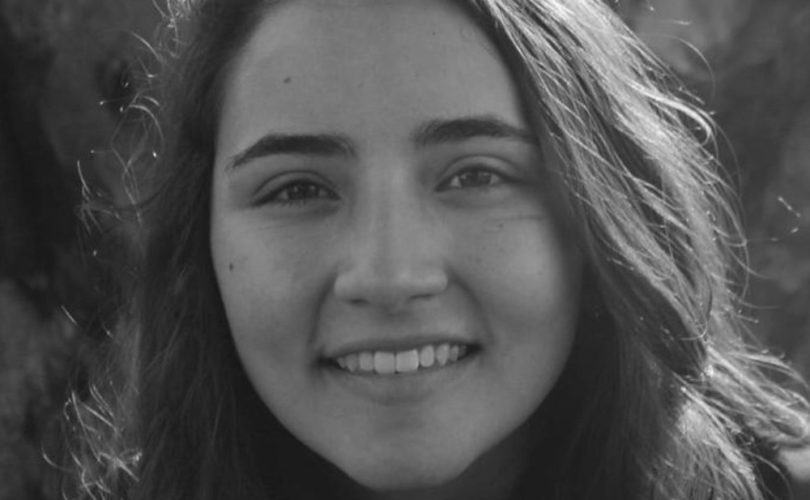 April 19, 2021 (LifeSiteNews) – Twenty-three-year-old María del Valle González López was a beautiful, brown-eyed student with a lovely smile and a passion for life. She was also the leader of the abortion group Radical Youth in La Paz, Mendoza, Argentina and fought on the front lines of her country’s recent battle to legalize abortion.

According to LifeSiteNews, she was also president of “the pro-abortion ‘Union Civica Radical,’ a historic Argentinian left-wing party associated with the Socialist International.” She was studying Social Work at the University of Cuyo when she went to the Arturo Illia hospital to procure an abortion.

According to Spanish news reports in the Argentine newspaper Clarín, the pregnant youth leader—who has a boyfriend—went to the hospital on April 11. “There, she was prescribed a medication—presumably misoprostol—and on Friday she began to feel ill,” Clarín reported.

“She was referred to the main healthcare facility in the eastern area of Mendoza, Perrupato Hospital, where they diagnosed a general infection that may have caused her death.” The press has indicated that both peritonitis as well as general septicemia were at fault. She died at a hospital in San Martin.

An investigation into her death has been started by the Santa Rosa Prosecutor’s Office and will be sent to the San Martín Prosecutor's Office.

From the feminists, there has been nothing but deathly silence, who promised young women like María that they could have abortions and be free to live fuller lives. María’s whole life was ahead of her—so was her baby’s. They are both dead from an abortion that one media outlet says the young leader called her “dream” operation.

Her family did not even know she was going to procure an abortion, and have now discovered that their daughter died in the process of disposing of their grandchild. It is a sickening, multi-layered tragedy—a horrifying waste of life; an gut-wrenching morality tale for our abortion age.

Pro-life leaders have been speaking to the press, pointing out that abortion is always deadly and the young woman’s death was avoidable. José Carmuega, an Argentine pro-life journalist, told me that the deadly lies of the international abortion movement are at fault.

“To legalize abortion in Argentina, women are told that abortion is a ‘right,’ that it is ‘easy to do,’ that it is ‘safe’ and that ‘there are no risks,’” Carmuega told me. “So young women think that taking misoprostol is little more than taking a candy.”

Dr. Luis Durand, an Argentine surgeon, told the ACI Prensa that “abortion is not medical practice. Just a few months ago, it was a crime under Argentinian law. In the case of abortion, the death of the child is always brutal. It is burned through injecting substances into the uterus, or it is removed through dismemberment, or it is subjected to extreme uterus spasms which asphyxiate it.”

Around the world, Misoprostol has resulted in complications—especially with the sharp rise of “do-it-yourself” abortions at home. Frequently, the pills kill the baby but do not expel it. “This is why it is a false premise to believe that such a procedure is truly safe.”

If María del Valle González López had died in November before abortion was legalized, abortion leaders would be making her death front page news around the world and demanding prenatal death on demand as a solution to her death. But because María likely died from a legal abortion, mainstream media outlets are silent.

If she had been killed in back alley, her life would have been celebrated and her death mourned by the BBC, the New York Times, CNN, and The Guardian. The abortion activists working for these outlets would have made her famous as a politically viable corpse just as they did for Savita Halappanavar and others.

The story of abortion legalization is the story of crushed children and dead dreams and the road to pro-choice paradise is paved with the butchered bodies of women and children.

María del Valle González López died because she believed the lie she had been told and that she had spread in turn: That women could only be free if they killed their children before birth; and that taking poison to accomplish this was perfectly safe.

This coldblooded liberation brings nothing but death, and the corpses of the girls who die from the legal back alleys are the collateral damage of a Sexual Revolution with the highest kill count in human history.

María del Valle González López died with her child after campaigning to bring this barbarism to her country. We should remember her — and the lies that killed her.