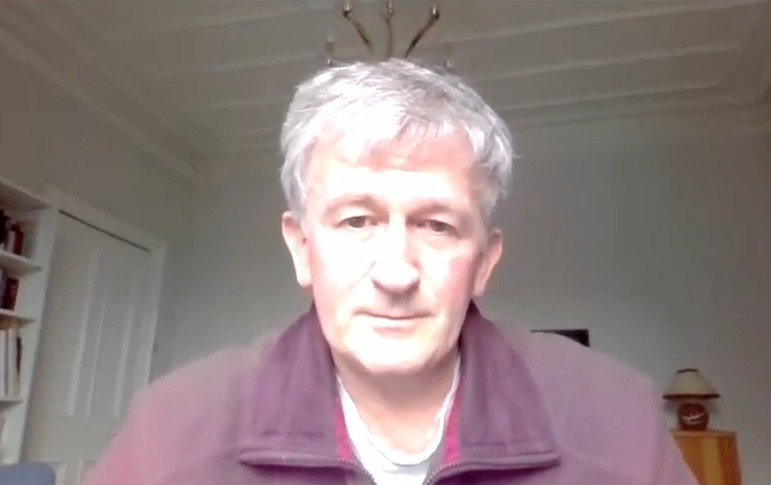 (LifeSiteNews) — In our upside-down world, doctors who kill pre-born children in the womb are protected under law, their perpetration of feticide being dubbed an “essential service” during the COVID-19 pandemic. Doctors attempting to save lives, meanwhile, have been targeted constantly by abortion activists and their allies in the media.

Over the past two years, nation after nation has mainstreamed the use of abortion pills, grotesquely labeled “do-it-yourself” or “at-home” abortions by some. This has resulted in women hemorrhaging; being rushed to the hospital; severe side effects; and in several instances, women have become the subject of murder investigations in the United Kingdom for taking abortion pills after the 24-week cut-off for legal abortion. Many more have likely gotten away with it.

Some time ago on the LifeSiteNews podcast, I interviewed one of the pioneers of the abortion pill reversal (APR) method, which involves administering progesterone to women who have taken the abortion pill and changed their minds. Progesterone, a natural hormone, reverses the effects of the first abortion pill, mifepristone. Thousands of children have been saved through this rescue method (hundreds in Canada), and photos of babies born safely after their mothers had taken abortion pills have gone viral.

Doctors willing to assist women who wish to reverse the effects of the abortion pill have come under intense fire. Progressive media outlets have systematically run dozens of “investigations” in which doctors are asked if they are willing to prescribe progesterone, and then “outed” as anti-abortion physicians following “dangerous” junk science. I personally know doctors who have been the subject of such investigations. Abortion activists want to make it impossible for desperate women to change their minds.

That brings me to the case of Dr. Dermot Kearney, highlighted recently by the U.K. organization Christian Concern. Kearney is the former president of the Catholic Medical Association and, after a referral from the General Medical Council, was banned from providing the life-saving treatment of APR for 18 months. He is going to the High Court to have this ban overturned. It is unconscionable that a physician seeking to save lives would be actively blocked by the courts from doing so. From Christian Concern:

Supported by the Christian Legal Centre, Dr Kearney will now have his case heard at the Royal Courts of Justice on Thursday 24 February 2022, where lawyers will submit that the interim order against him should never have been made and should be discharged.

Christian Concern noted that there has been a sharp rise in women seeking APR since the U.K. government legalized sending out abortion pills by mail after a quick phone call — many others have come face to face with their aborted children at home as the pills evict their tiny sons and daughters into the toilet or shower. Post-abortion care is also minimal to non-existent, and CC notes that “thousands of women who have taken both pills and had an abortion at home have had to call 999 for urgent support and needed emergency surgery.”

As a result, physicians such as Dr. Dermot Kearney have been in high demand. Thirty-two women have given birth to healthy babies as a result of having received APR treatment from Kearney, and CC notes that there “has been a 55% success rate (live births following the administration of the medication following the treatment).” Criticism of APR has proven to be not credible, and it is clear that they are ideologically motivated. In fact, women have come forward to testify on Kearney’s behalf. One woman, “Rachel,” explained that she panicked after the first pill — and nobody at the abortion clinic cared. They told her it was impossible to reverse the process. As Christian Concern described it:

Going home, she phoned the father of the child, Adam, who was in another region of the country, and told him he needed to drive to her home and help her urgently.

After researching whether an abortion could be reversed, the couple made contact with Dr Kearney who advised them that they needed to get to a pharmacy before it closed that evening to have a chance of saving the pregnancy.

After getting a prescription of progesterone to begin the treatment, the couple both broke down in tears in their car – such was the relief that someone was there to support them no matter what the outcome.

Weeks of guidance and support from Dr Kearney followed, resulting in Rachel recovering the pregnancy and giving birth to a healthy baby boy.

“He was incredible,” Rachel says. “He was kind, he did not pressurise me, he set realistic expectations and also helped my partner who had questions.

“If it wasn’t for Dr Kearney, our child would not be alive,” she says. “We have not once regretted the decision to reverse the termination and we are grateful to Dr Kearney for being there for us.”

Rachel, her partner, and many other men and women are grateful to Dr. Kearney for his life-saving work that ensured the rescue of their sons and daughters. The ban placed on this work is disgusting, and we can only hope and pray that the High Court removes it — and allows him to carry on in the business of facilitating miracles.