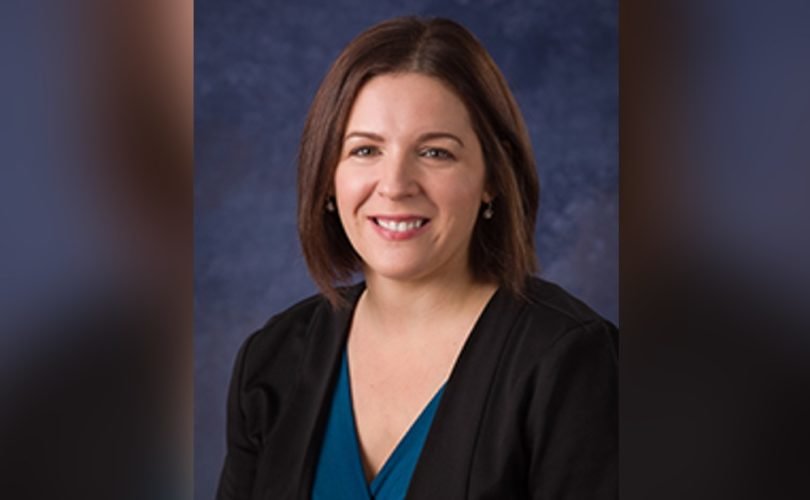 May 7, 2021 (LifeSiteNews) – The trend of so-called “transgender children” continues to escalate, and public schools—and public-school teachers—are at the forefront of the indoctrination and propaganda war.

For example, Young America’s Foundation (YAF) recently reported that an anonymous tip to their Campus Bias Tip Line revealed that a first-grade teacher in the Bellingham School District of Washington read her 6-year-old students a transgender children’s book (yes, there are dozens of them now) titled I Am Jazz, the story of a “trans child” who eventually pursues transition.

The book is replete with lines such as: “I have a girl brain but a boy body. This is called transgender. I was born this way!” Children too young to read are being introduced to the idea that their bodies can—and even should—be modified based on the way they feel. This is being done without the permission of mothers and fathers.

The Wink Wink Boutique’s profile describes the shop as “inclusive, all-ages” and “not creepy,” serving anyone over the age of 16 – but allows people of any age in the store. Mason, who has served on the board since 2017, appears unsympathetic to parental concerns. Local elections – for school board trustees and other positions – have become increasingly important as schools are colonized by the LGBT movement and concepts parents have never heard of are introduced to small children.

The extent to which trans activists have been able to take over the public education system in such a small amount of time is frankly staggering. In less than half a decade, gender ideology has gone from fringe to mainstream, and parents are finding it difficult to keep up. Many are discovering, belatedly, that their children have been told that it is possible to have a “girl brain in a boy’s body” or vice versa, whatever that means – and have bought in. Many children, for a wide range of reasons, decide to pursue “transition.” Teachers indoctrinating these children are destroying their lives.

There are some glimmers at the end of the tunnel. In the U.K., High Court judges ruled that puberty blockers should not be given to minors in an enormous blow to the trans movement – and the case was brought by a young woman who had attempted to transition to male as a teen. A major Swedish medical institution has also announced that it will stop prescribing puberty blockers – although almost no mainstream media in North America have devoted any time to examining either story.

In North America, we are still treated to a near-daily dose of transgender propaganda, from the kindergarten classroom to the TV screen. We await our Keira Bell.