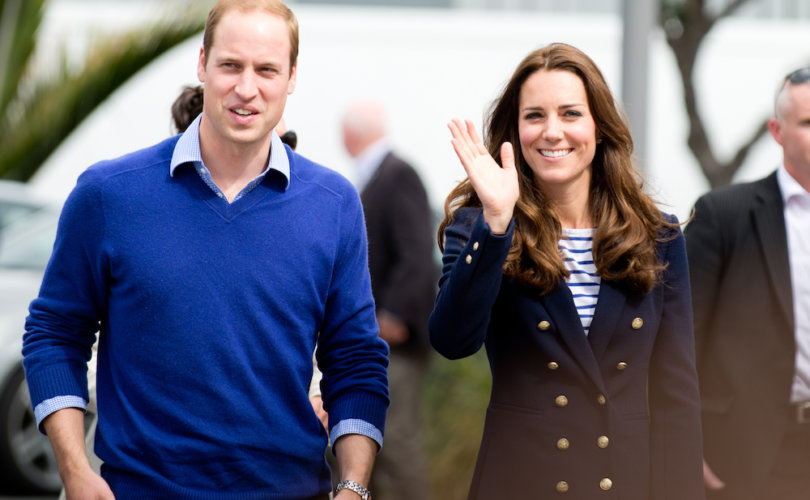 November 24, 2017 (LifeSiteNews) – While I have many friends who are staunch anti-monarchists, Canada’s British Royal Family has never particularly bothered me. Queen Elizabeth has always seemed to be able to rise above the din and squabble of politics and instead symbolize a bygone age, a living link with a long-gone British Empire. My only major disappointment has been that despite her strongly Christian speeches each year, she did not follow in the footsteps of European monarchs who refused to grant Royal Assent to the legalization of abortion, and instead caved in the face of what she saw as her symbolic duty.

But her brood, on the other hand, has been an entirely different matter. Crown Prince Charles has long been a wacky environmentalist, most noted for his long-standing habit of embarrassing his mother with sordid newspaper headlines surrounding his various affairs and imploding marriage. Her other children have also been largely unimpressive. But for quite some time—the occasional peccadillo involving Prince Harry notwithstanding—the children of Charles and Diana have been models of decorum, with Prince William, Princess Kate, and their two adorable children sweeping gracefully from one public appearance to the next.

Unfortunately, the apple doesn’t fall far from the tree, and I suppose it was only a matter of time before William decided to bloviate on in the same manner that Prince Charles enjoys doing. According to The Telegraph in an article titled “Prince William warns that there are too many people in the world”:

Rapidly growing human populations risk having a “terrible impact” on the world, the Duke of Cambridge has warned. The Duke said that as a result, wildlife was being put under “enormous pressure” and called for the issue to be addressed with renewed vigour.

His concerns echo those of his grandfather, the Duke of Edinburgh, who in 2011 advocated “voluntary family limitation” as a means of solving overpopulation, which he described as the biggest challenge in conservation. His grandson, royal patron of the Tusk Trust, told the charity’s gala dinner in London that measures needed to be taken to save certain animal populations.

Whenever I see environmentalists discussing overpopulation—while completely ignoring the fact that the opposite is true, with everyone from demographers to Elon Musk warning that our populations are imploding across the West due to collapsing birthrates—I always think of the brilliant observation of G.K. Chesterton. “The answer to anyone who talks about the surplus population,” he noted, “is to ask him whether he is the surplus population; or if he is not, how he knows he is not.”

The Duke of Cambridge noted in the same speech that government intervention might be necessary: “It's a little embarrassing for everybody, no one quite knows how to handle it. Nobody wants their family life to be interfered with by the government.” But clearly, William does not feel as if his family, which is rather famous for living in massive residences with presumably large carbon footprints, is the problem, since he and Princess Kate are expecting their third child in April of next year. In fact, the Royal Couple’s third child has caused some angst amongst their environmentalist allies, who presumably assumed that an heir and a spare-to-the-heir was quite enough:

William is set to become a father-of-three when Kate gives birth in April 2018, but before the news was announced a San Francisco based organisation called on the couple to 'lead by example' and stop at two children for environmental reasons. Having Kids, which promotes smaller families, wrote an open letter to the royal couple in July urging them to 'consider forgoing having a third child (…) in favour of modelling a smaller, sustainable family.'

The organisation spoke out after Kate joked about having more children when presented with a baby gift during the royal tour of Poland. Having Kids executive director Anne Green said: 'William and Kate have a tremendous opportunity to model their choice of having a smaller family. By doing so, they set an example as to what has the most potential for mitigating climate change and its impacts, including severe flooding, deadlier heatwaves, increase in diseases, and wildlife extinctions.'

Extinctions, plagues, and natural disasters—quite the responsibility to hang around the neck of a pre-born baby. The organization “Having Kids” obviously means “Not Having Kids” in much the same way that “Planned Parenthood” means “Becoming Parents to a Dead Baby.” But Having Kids should have realized that Prince William sees having kids of his own differently than other people having kids. Just as climate change doomsayers like to fly around the world to tell people to stop flying around the world or we’ll all die, William is the sort of environmentalist who tells people to have less children than he and his wife are having.

Don’t get me wrong—I’m thrilled for the Royal Couple that their third child is on the way. Children are a beautiful blessing and, as Mother Theresa once noted, saying that there is too many children is rather “like saying there are too many flowers.” But I think it’s important to note that those who spend their time warning the rest of us to change our lifestyles to prevent the coming climate apocalypse generally have no desire to follow their own advice. As such, I think we should take their words precisely as seriously as they take their words. Which is to say, not very.