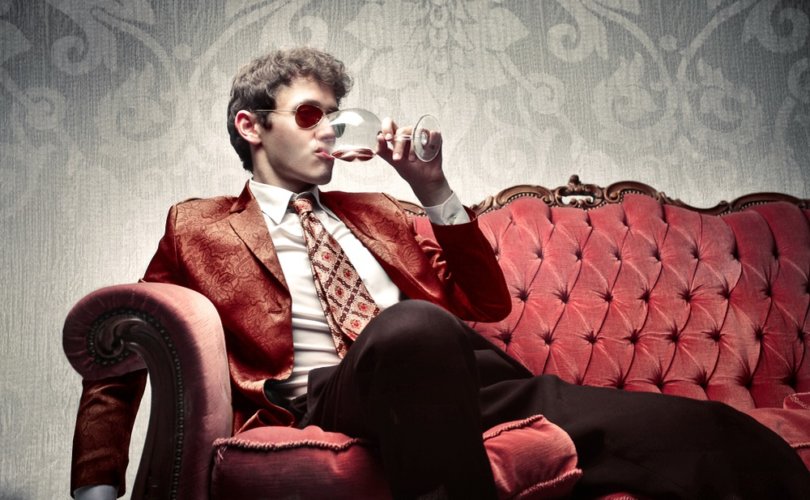 I know a lot about “white privilege.” Not that, as the son of a roofer, I’ve ever experienced any myself.  I’ve never had a single thing handed to me because I’m “white,” which is precisely why I do not suffer from “white guilt.”

But I know lots of privileged whites, both teenagers and adults, who are wracked by “white guilt.” They mostly call themselves liberal Democrats, or democratic socialists, or even flat-out socialists. And they are utterly determined that all of the rest of us should all pay for their “original sin” of being born wealthy.

My own ancestors were poor farmers, lumberjacks, and carpenters — not a wealthy slave-owner in the bunch. In fact, I have a great, great grandfather who was wounded in the Civil War fighting to free black Americans. He carried a rifle ball in his leg that left him lame for the rest of his life. Was that his “white privilege”?

My father was a roofer — the lowest of the building trades. He spent his entire working life putting asphalt shingle roofs on houses in the Central Valley of California, his skin burned black by endless hours in the blazing California sun in temperatures up to 115 degrees. He spent his retirement years having skin cancer cut off of his face, neck, and back. Was that his “white privilege”?

He lived hand to mouth his entire life and died owning nothing — not a home, not a car, not a savings account.  His pension from the roofer’s union was less than $300 a month.

Can democratic socialists who are so loudly demanding that we all suffer for our “white privilege” please tell me in what way my dad was “privileged”?  Like other working-class Americans, white, brown, or black, he never received anything he hadn’t earned himself through hard physical labor.

If my dad were still with us, he would scoff at the idea that he was somehow the beneficiary of a phantom called “white privilege.” More likely, he would have absolutely no idea what I was talking about.

As for myself, I grew up in a ramshackle shantytown outside Fresno, California, inhabited by roughly equal numbers of Mexican farm workers and working-class whites like my dad. I had to work in the fields in the summer if I wanted new school clothes to wear in the fall. Like many of my high school graduating class, black, brown, and white — this was during the Vietnam War — I joined the armed forces and headed off to the Far East. Would you call that “white privilege”?

Eventually — not because of the color of my skin, but because I tested well — the U.S. Navy decided to send me back to school. I earned a bachelor’s and a master’s degree in oceanography at the University of Washington.

As active-duty military in the early seventies, I was encouraged to keep my hair long and my head down and avoid the almost daily antiwar demonstrations on campus. One day, the Antifa of our time set off a bomb in our Naval ROTC building on campus. Had it gone off a couple of hours later than it did, it would have killed me and many of my shipmates, who, by the way, were of all colors. Would you call that “white privilege”?

In 1976, I resigned my commission and was accepted into a Ph.D. program at Stanford University. There I came face to face with “white privilege” for the first time.

In fact, almost every student I knew at Stanford University — white, black, or brown — was privileged. They were almost all winners in the dad lottery, the sons and daughters of hugely successful fathers who had spoiled them every step of the way with cars, clothes, and credit cards, not to mention tutors and special courses to boost their grades and SAT scores.

They hadn’t gotten to Stanford under their own power. They had been helicoptered there by rich, powerful parents and dropped off on its doorstep.

No wonder they suffered from “white guilt.”

These sons and daughters of privilege were not self-aware enough to understand this, however. Encouraged by left-wing professors, they projected their “white guilt” onto America and Western civilization as a whole.

They eagerly marched with the Rev. Jesse Jackson when he came to campus to demand that the Western civilization core requirement be canceled. “Hey, hey, ho, ho, Western civ has to go,” they chanted until the cowardly administration capitulated. Then they perversely celebrated the fact that they were dissing their own ancestors, not to mention making themselves dumber in the process.

Even so, these very real beneficiaries of “white privilege” did well in life. Today, my Stanford classmates are mostly powerful politicians, lawyers, and media figures. They are people like New Jersey senator Cory Booker, the very privileged son of two IBM executives. And they are all, almost without exception, creatures of the left.

Wayne Allyn Root had an identical experience at Columbia University. He writes, “Every classmate I met who was born rich was a liberal Democrat who hated Ronald Reagan, hated white people (even though most of them were white), hated capitalism and hated America. Today, they all hate Donald Trump.”

So “privilege” is real, but it’s not “white privilege.” It’s more like “money and power privilege.”

This son of a roofer never enjoyed either, so don’t try to make me feel guilty for it. It won’t work. Unlike many American-hating graduates of elite universities, no one handed me life on a silver platter. I’ve had to work hard every step of the way. So the vast majority of the 63 million Americans who voted for Donald Trump.

And don’t try making it into a race question, either, because we’re not buying it.

The real racists in America — and there are some — are the ones who run abortion facilities in minority neighborhoods. They are responsible for the deaths of millions of black and brown babies. That’s racism, all right, and it’s racism that kills.

As for the rest of us, no one has ever given us anything because of the color of our skin. Truth be told, we wouldn’t even think of asking. We still believe in the promise of America that “all men are created equal.”

We also believe that in the Land of the Free and the Home of the Brave, people have an absolute right to assemble and peacefully protest. So march for Black Lives Matter if you choose to. But don’t burn down the businesses of hardworking Americans of all colors. Don’t desecrate or demolish the monuments to American heroes of all colors. And don’t attack the police who are there to protect Americans of all colors — and who, by the way, also come in all colors.

Above all, don’t project your “white guilt” on the rest of us. We’ve never had an inkling of “white privilege.” We don’t even know what it is.

Look in the mirror.