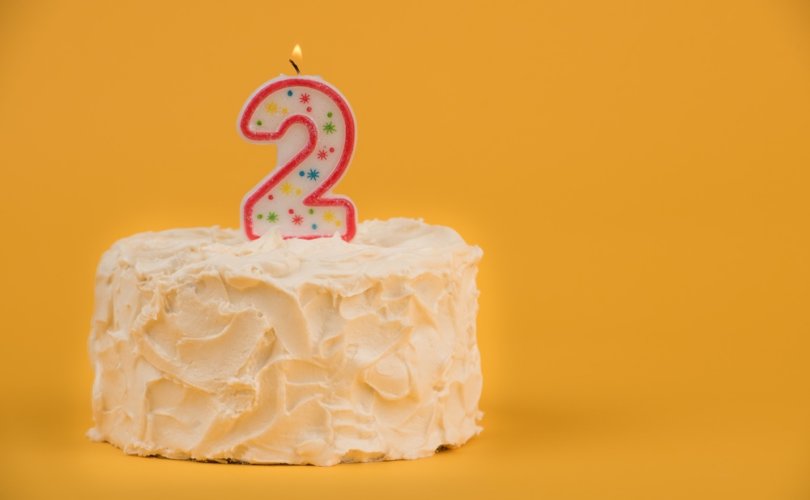 KNOXVILLE, Tennessee, January 5, 2018 (LifeSiteNews) – A University of Tennessee student has argued that two-year-old children have no right to life because they cannot communicate.

Students for Life of America have released a video interview of the unnamed student to illustrate the extreme positions taken by the pro-abortion movement.

In the short clip, the male student is asked what he thinks about the argument that children can be “aborted” until the age of two.

“I’ll buy that,” says the student although he proceeds to argue for the death of two-year olds, believing them to be incapable of communication.

“The fact of the matter is that without communication, we have no way of knowing if you’re sentient or not,” he says. “I mean, it’s no different than this tree. It’s alive, but is it sentient? I don’t know. I can’t communicate with it.”

He brushes off his interviewer’s, Brenna Lewis’s, observation that comparing a tree to a two-year-old child is “tough”.

“Can the two-year-old talk to me?” the student demands, rolling not only his eyes, but his head. “In some instances, I’m fairly certain that is. But generally speaking, the child still has in inability to communicate. And until we communicate that as such, at what point does sentience become an issue? We can’t really debate whether that is the situation or not.”

The student’s views echo those of Peter Singer, the Australian philosopher best known for advocating the infanticide of disabled children. In his 1979 work Practical Ethics, he wrote:

The fact that a being is a human being, in the sense of a member of the species Homo sapiens, is not relevant to the wrongness of killing it; it is, rather, characteristics like rationality, autonomy, and self-consciousness that make a difference. Infants lack these characteristics. Killing them, therefore, cannot be equated with killing normal human beings, or any other self-conscious beings.

More recently, Singer argued in the Scotsman newspaper that pre-rational human beings have no right to life. “We have no obligation to allow every being with the potential to become a rational being to realise that potential,” he wrote.

But what is particularly odd about the Tennessee student’s comparison of a two-year-old with a tree is that he seems to believe two year olds can’t communicate. Newborn babies learn very quickly that if they make certain noises, there are certain results: a yell brings food, comfort, companionship. By six months of age, children recognize the basic sounds of their language. Before they are a year old, they understand words for everyday items (e.g. “cracker” and “cup”) and may even respond to such commands as “Come here.” They may already have one or two words in their spoken repertoire—but children as young as nine months have been taught a form of sign language.

Of course, what is more to the point is that a healthy-looking young man studying at an American university can so coolly argue against the right of children to live, even children who have left their mothers’ wombs and are physically independent of their mother’s bodies, even if their survival still depends on maternal care. Whatever would his mother say?