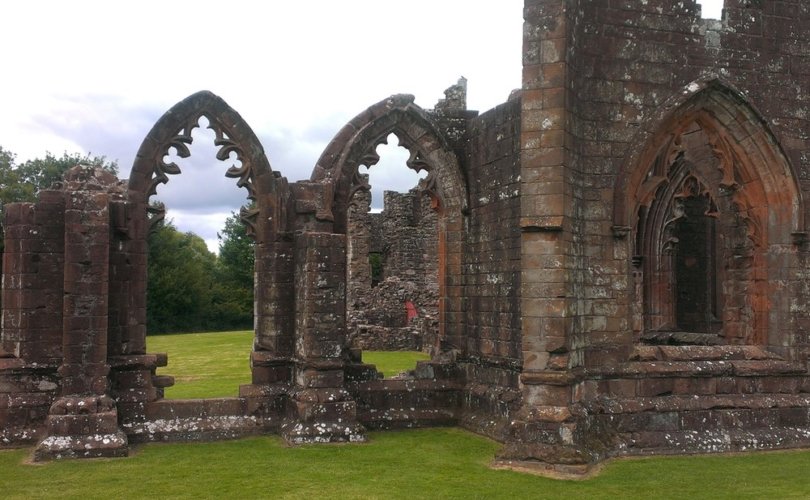 BELFAST, May 31, 2018 (LifeSiteNews) – Kudos to the Belfast priest who told pro-abortion “Catholics” to “get married in City Hall” instead of being “hypocritical and dishonest by using the Church for the day.”

In a refreshing departure from milquetoast pronouncements of clerics in the South, Belfast’s Father Patrick McCaffery has made it plain that cultural Catholicism – or, as I prefer to call it, Catholicism-as-ethnicity – is no substitute for the authentic faith in the Lord of Life.

It is, McCaffery told the Belfast Telegraph, “dishonest to have a wedding in a church if you don’t respect or regard what the faith is all about.”

You know, like a young girl in long-ago Judea saying “Yes” to the surprising news that a Baby will be on the way. And their welcome by her elderly relation, whose “potential high risk pregnancy” leaps for joy at the approach of that other unborn Baby. Or the birth of that Baby in the meanest of circumstances to show that poverty isn’t shameful. Or that Baby’s own sacrifice of Himself, thirty-three years later, that all may have life eternal.

But back to Father McCafferty, who wrote a splendid opinion piece in the Belfast Telegraph yesterday.

“You cannot be Catholic and be in favour of abortion,” he wrote. “Deliberate abortion is so grave a sin that those who procure an abortion, those who carry out the procedure, those who participate in it, or facilitate it, are excommunicated with immediate effect.”

“People who reject such a vitally important teaching of Christ need to be spiritually and morally honest,” he continued. “The sacraments of Jesus Christ, for example, are not mere rites of passage. Therefore, choose a secular education for children, avail of other rites of passage and/or invent new ones.”

I wonder how many priests in the Irish Republic had the guts to say that in public. What I’ve been hearing from clerics in the South in the wake of Friday’s Great Irish Apostasy is something along the lines of “Catholics are all a big family, and we would never, ever show any family member the door, so if you voted to kill the youngest members of the family, maybe go to your room and have a bit of a think.”

Sadly, an Irish politician to the South who campaigned for the “Yes to repeal the right-to-life of the unborn” side is under the impression that Catholics can both have abortions and “practise their faith.”

“Hundreds, if not thousands, of Catholics have had abortions and continued to practise their faith – if the Church believes otherwise it is extremely naive,” she said.

Cahill’s statement, if not her intended meaning, is correct. Certainly hundreds (if not thousands) of Catholics have had abortions, have bitterly regretted having done so, and have sobbed out their grief and guilt at the foot of the cross and in the confessional before going on to live exemplary and self-sacrificial lives. I think of Servant of God Dorothy Day of New York who, albeit before her conversion to Catholicism, had an abortion she regretted for the rest of her life.

However, it is not true that Catholics who do not regret their abortions, who advocate for others to have abortions, and who vote to make abortions easier to get are practising their faith. They may be going to church every Sunday (or, more likely, at Easter and Christmas), and throwing a fistful of coins in the basket, and ticking the “Catholic” box on the survey, but they are not faithful Catholics. They’re not even Protestants, who have an integrity of their own. They’re fakes. They’re meat-eating vegetarians.

Speaking of vegetarians, although I have many times heard or read someone introduce a belief that is directly opposed to Catholic moral teaching with “Well, I’m a Catholic, and I think–”, I have never heard anyone say, “Well, I’m a vegetarian, and I think eating chicken is okay.”

Thus, when the Irish Times chortles over the notion that Catholic Ireland has “ended” but points to pro-abortion old ladies as proof that its Catholicism is just more “diverse,” it proves not its own point but that of Belfast’s brave and honest Father McCafferty.