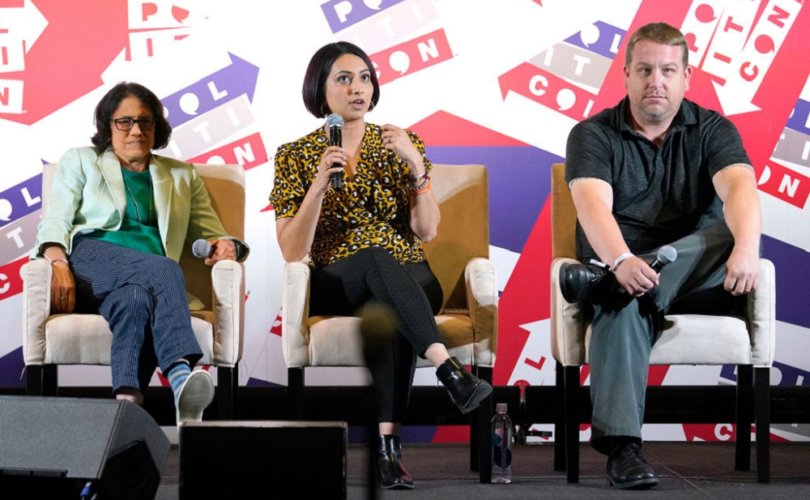 May 13, 2020 (LifeSiteNews) — As the debate over whether the cure is worse than the disease with regard to the COVID-19 lockdowns grows, progressives are responding to the suggestion of some that it may be time to loosen restrictions by leveling their favorite criticism at Republicans and conservatives: See? You’re not pro-life at all!

The headlines are nearly nonstop, with Jennifer Rubin of the Washington Post leading the charge. Rubin is one of those commentators who, for entirely mysterious reasons, gets called “conservative” despite the fact that she holds no conservative positions on social issues, fawns embarrassingly over Joe Biden, and loathes Donald Trump so much that her Twitter feed often prompts genuine concern from those who peruse it. In fact, I would have had no idea she was conservative if her Twitter bio hadn’t told me.

Rubin, who is herself pro-abortion, has decided that tearing into conservatives over the alleged hypocrisy of being both a) opposed to aborting babies in the womb and b) skeptical that sweeping lockdowns will not cause more harm than good is a fruitful line of attack. On April 14, for example, she produced a column titled “The GOP is not a pro-life party,” apparently assuming that that could persuade readers that she is a good judge of who is and who is not pro-life.

A few days later on April 20, she penned another angry column titled “Rolling back the curtain on the not-all-that-pro-life movement.” And then, just in case we all hadn’t gotten the point, Rubin inflicted another fresh portion of confusing accusations on her editors with a May 6 column titled “At least we can dump the pretense that the GOP is the ‘pro-life’ party.” This column, too, made the same tired point: Republicans who disagree with Rubin on the best way to respond to the COVID-19 crisis are obviously pro-death, mostly because they disagree with her. And because they oppose butchering babies in the womb while disagreeing with her, this makes them hypocrites.

This accusation is so boring and clichéd that I’m somewhat surprised that it took Rubin three columns to articulate it. As leading pro-life apologist Scott Klusendorf, the author of The Case for Life and Pro-Life 101, noted on my podcast last week, the pro-life position is that we can never intentionally kill an innocent human being. That’s it. Pro-lifers can radically differ (and do) on the best economic models, foreign policy, taxes, and the welfare state, just so long as they oppose killing innocent human beings. The idea that declining to endorse Jennifer Rubin’s preferred economic reopening strategy (and it is unsurprising that a woman who can work and earn her paycheck from home isn’t in much of a hurry to end the lockdowns) means that someone isn’t pro-life is idiotic.

Progressives like Rubin — especially those claiming to be conservative in order to get on the payrolls of media organizations who then pay them to attack and berate their “fellow” conservatives — like to accuse pro-lifers of hypocrisy because it kills two birds with one stone.  First, they get to discredit opponents of killing pre-born children, which they very much want to do. Second, they get to distract people from the fact that they do support killing pre-born children in the womb by pretending they are pro-life because they support preferred policy X and the anti-abortion folks do not. Win-win.

Being “pro-life” means one thing: opposing the killing of innocent human beings. It does not mean “having a policy disagreement with Jennifer Rubin.” Somebody should tell her that.