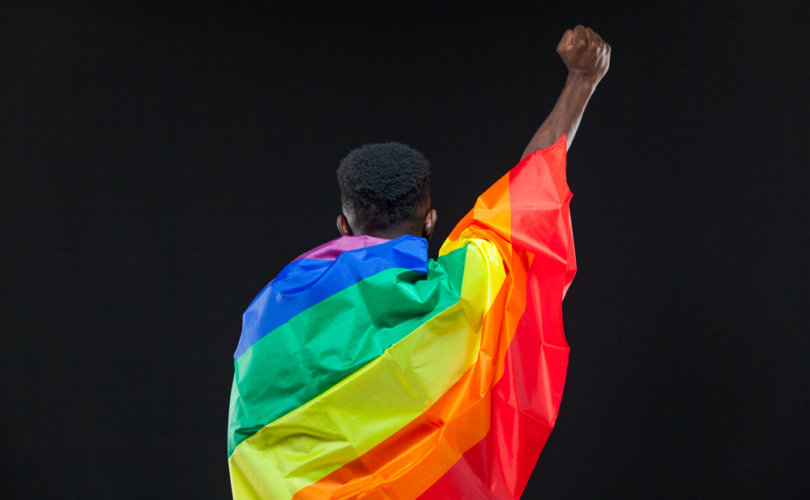 (LifeSiteNews) — With the long march through the institutions complete, pro-LGBTQetc academics are no longer interested in debating their claims. They are interested in forcing submission from everyone, and censoring and punishing those that refuse to play along.

Exhibit A is a recent opinion column on Canada’s state broadcaster, the CBC, written by one Charlotte Dalwood. Dalwood is a juris doctor student at the University of Calgary’s Faculty of Law and, based on this profile shot, obviously transgender.

Dalwood has written a truly ludicrous column claiming that there is a sinister and “increasingly public campaign underway to strip transgender Canadians of their constitutional and human rights.” As such, says Dalwood, the “newly re-elected Liberal government needs to make countering it a priority.”

Dalwood admits at the outset that “Canada’s gender minorities currently benefit from a wealth of legal protections.” Indeed, Canada is one of the most transgender-friendly countries in the world. But according to Dalwood, dark clouds are gathering on the horizon:

But these protections are under attack.

Across the country, anti-transgender rights advocates are trying to convince Canadians that guaranteeing equality to gender minorities is not only unconstitutional, but it also discriminates against and harms cisgender women — that is, women who were assigned female at birth. And their misinformation campaign, disguised as a defense of women’s “sex-based rights,” has become especially intense in the past year.

The national organization “Canadian Women’s Sex-Based Rights” (caWsbar) is representative of the arguments being made against transgender-inclusive laws and policies.

They falsely claim that the charter’s equality provision covers cisgender but not transgender women because it lists “sex” and not “gender” as a protected ground. They then argue, on this basis, that the inclusion of “gender” in human rights legislation is unlawful; indeed that governments have a duty, instead, to preserve and promote sex segregation…Under the leadership of groups like caWsbar and We the Females, protests have also occurred at prisons across the country (most recently on Sept. 18) against Correctional Service Canada’s policy of taking transgender inmates’ gender identities into account when deciding where to house them.

Essentially, Dalwood is saying that feminist groups demanding female-only spaces without male bodies are bigots, including those who protest the practice of locking biological men identifying as women behind bars with vulnerable females. This has already led to sexual assaults on female inmates, and many of the prisoners claiming to be transgender are guilty of violent crimes (including rape). But according to Dalwood, these feminists are a threat to human rights in Canada:

These groups are deliberately misreading the charter in an effort to legitimize their legally baseless assault on human rights legislation and the transgender people that legislation protects. Allowing this misinformation campaign to proceed unchecked has two main risks.

The first is that members of the gender minorities under attack will become less likely to access the legal supports to which they are entitled when their rights are violated, out of the mistaken fear that the justice system will not be on their side.

The second is that anti-transgender discrimination will increase in frequency and intensity because those opposed to transgender rights will wrongly believe that such discrimination is consistent with constitutional law.

Neither risk is tolerable if transgender people are to be assured of their full and equal place in Canadian society.

Reread that carefully. Essentially, Dalwood is saying that as those who disagree with gender ideology organize, speak out, and protest, there is a very real risk that people will start listening to these folks. That, says Dalwood, must be stopped immediately before their views gain a sympathetic audience. I suspect Dalwood knows that they will, because while Canadians are apathetic about the LGBT agenda, there are very few who believe biological men should be locked up with women or permitted access to female change rooms. As such, it is important that these arguments and stories get silenced before they gain a broad hearing.

Dalwood explicitly calls on Trudeau’s government to take steps to shut these women up:

Fortunately, the federal government already has a way to limit the potential damage of legal misinformation campaigns. The reference procedure allows the federal cabinet to obtain the Supreme Court’s opinion on “important questions of law or fact,” including questions about how to interpret the charter and whether particular pieces of federal or provincial legislation pass constitutional muster. Parliament does not need to be consulted before cabinet poses its questions to the court, an advantage during periods of minority rule.

This means that the newly re-elected Liberal government could easily ask the Supreme Court to weigh in on the two questions that anti-transgender rights advocates have raised, namely: whether the charter protects transgender Canadians’ rights to equality and freedom from discrimination, and whether similar protections in human rights legislation are constitutionally sound.

Given prior jurisprudence, there is little doubt that, if the Supreme Court took up these questions, its answers to both would be a resounding “yes.”

Nothing should surprise us at this point, but there is something extraordinary about watching men in drag attack women raising safety concerns about ‘bigots’ and calling on the government to condemn them. Considering the radical progressivism of Canada’s judiciary, I suspect Dalwood is correct that trans activists would win the day if they took the issue to court. The concerns of women no longer matter; feminism has been superseded by transgenderism, and it is time for them to take their seat at the back of the bus.