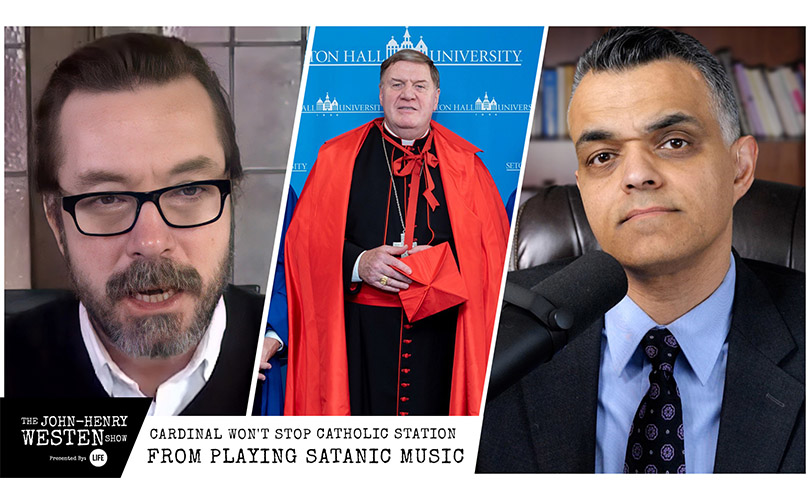 April 21, 2021 (LifeSiteNews) — This episode of The John-Henry Westen Show will shockingly show how the radio station of a so-called Catholic university has been airing for years some of the most Satanic music ever played in the United States. Even more shocking, this university is located in the same notorious diocese — Newark, New Jersey — that ex-cardinal Theodore McCarrick was from, and is now headed by pro-LGBT Cardinal Joseph Tobin. But a faithful Catholic is fighting to expose the station and how Church leaders are refusing to act to stop the Satanism.

Note: ShutDownWSOU's upcoming demonstration mentioned in the interview will take place on April 26, not September 26.

Richard Smaglick has been involved since 1988 with investigating, researching, and bringing awareness to the issue of Satanic music and its connections to violence against Christians. He describes how his investigations led him to find that Seton Hall University in South Orange, New Jersey, runs “the only radio station in America that airs metal and closely related genres full time, and the material is so Satanic and so extreme.”

In my podcast today, I air some of the disturbing and offensive material evidence which Smaglick says has been airing as recently as this month. One such piece the station has aired is “the album Black Masses of Songs … (which) represents Satanic intimacies involving the calling forth of Satan and the worship of evil acts, violence, and extreme decadence.”

Smaglick states that Satanism “has been woven into not just the secular social fabric, but into the Catholic social fabric,” as well. Ever since 2019, he has been bringing the problems with this particular radio station to the attention of the Archdiocese of Newark, headed by Cardinal Tobin. He has also written to Pope Francis, sending a 44-page report to the Apostolic Nuncio to the United States. Although Church officials have acknowledged the problem, Smaglick says they have “stated more or less that Seton Hall operates independently” and that they cannot interfere in the “academic autonomy of Catholic universities.”

Smaglick argues that the problem truly goes beyond the university, as it is a public radio station in “the largest media market in America.” Also, the station’s website used to state that it has “a prime target audience of 12 to 34-year-olds.”

Smaglick talks about the “suppression machine” in the Newark diocese and Seton Hall University that is denying and ignoring the problem, similar to how they handled the McCarrick scandals. He said it’s critical that fathful Catholics “stand up together, (so) we can bring about real change sooner rather than later.”

I encourage everyone to join Richard Smaglick and his group ShutDownWSOU next Monday, April 26, in New Jersey to witness to the truth of the Church against real demonic forces trying the infest the Church and her children. For more information, click here.