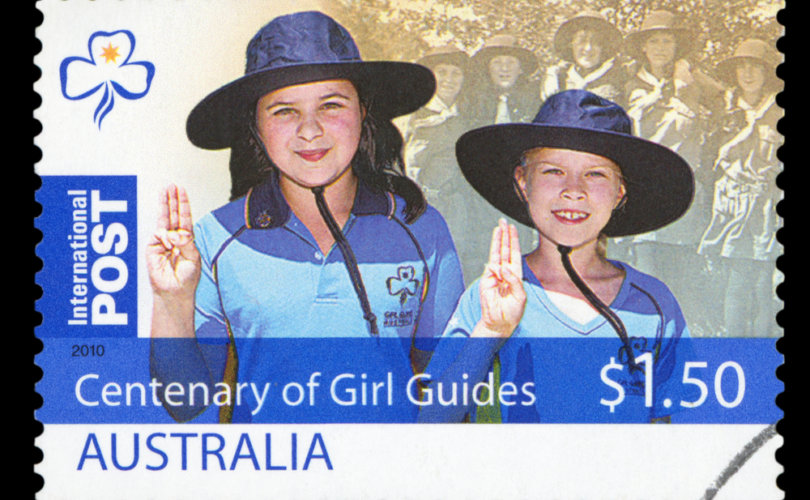 The latest casualty is Karyn Lisignoli, who lasted exactly one week as CEO of Girl Guides in Western Australia last December before being fired after she objected to a change in the Girl Guides’ constitution that changed the definition of girl to “any person under the age of 18 who lives their life as female” and changed the definition of woman to “any person aged 18 years or older who lives their life as female.” Of course, they never bother to define what “living your life” as a woman or girl are, either, because that would be even more difficult to answer once all objective, biological answers have been eliminated.

One would think that being an advocate for women and girls would be welcome in an organization such as the Girl Guides, and one would be wrong. Lisignoli’s firing had been the result of a response on Twitter to Katherine Deves, who leads Save Women’s Sport Australia. “I’ve noticed our constitution panders to this ideology,” Lisignoli noted. “Can I DM (direct message) you to find the legal standing on this? If we change it back to biological female are we breaking the law?”

Lisignoli should have started the conversation with a DM, because trans Twitter trolls are constantly trawling for heresy. The LGBT group OUTinPerth spotted her tweet, published an article about it, and Lisignoli was fired the following day, with Girl Guides WA chairwoman Yvonne Power informing her on December 18 that she had “exposed the organisation to serious reputational risk” and that:

Your conduct has caused a serious and imminent risk to the reputation of the organisation. You made external statements that undermine the policy of the organisation and were made without due consideration of our governance structure. We consider that your actions constitute serious misconduct warranting summary dismissal.

Lisignoli told Power that the real issue was “this radical agenda,” noting that “average people don’t know about it, particularly mums and dads don’t know,” and that this could cause a “real public relations issue” once parents discovered that boys could join simply by calling themselves girls. At Girl Guides UK, for example, boys can share tents and even showers with girls, and parents cannot be told — an investigation was launched last fall after posts on social media showed one leader dressed as a dominatrix. In caving to the LGBT agenda, Girl Guides has transitioned into something unrecognizable. Lisignoli rightly believes this to be a safety issue.

“It’s absolutely true that not all men are predators, but some men are predators and what they do is go to spaces where they can access vulnerable people,” she said. “If Girl Guides allow anyone to self-identify as female, that means male predators have the opportunity either to come in as unit leaders, or even young teenage boys who say, ‘hey this is cool, I’m identifying as a girl and get exposure to girls’. Violence against women is underpinned by our biology, that’s what makes us weaker. Women have been fighting for hundreds of years to get these rights under the law, and now we’ve got this radical agenda that’s throwing these rights out the window. It’s a very aggressive ideology — it’s not a science and it’s certainly not based in biology.”

In fact, Girl Guides WA — which is the only arm of Girl Guides in Australia to explicitly enshrine transgender definitions in its constitution — also notes that boys identifying as girls “will participate in the same activities as all other youth members of your unit,” and that just as in the U.K., “this includes sleeping in the same area as the other youth members.” Girl Guides Australia, after all, had drawn up guidelines in order to get in line with new anti-discrimination laws in 2018, and states that “an individual is to be considered the final authority on their own gender identity.”

Lisignoli had hoped to make changes when she arrived, stating that these radical moves had been made within organizations without ordinary parents and supporters being made aware of what was taking place. “It’s staggering that the rights of that biological male override the rights of all those biological girls,” she said. In response, Girl Guides Australia released one of the standard woke-speak statements that says nothing:

We value diversity and Girl Guiding Australia is committed to providing a respectful, open and safe environment where all people are treated equitably and with mutual respect regardless of their background, ethnicity, culture, religion, gender identity, sexual orientation, or level of ability.

Translated into English, this means that Australian girls will have to sleep in tents with Australian boys in possession of fully functioning male sex organs, and that adult women who try to defend the rights of these girls will be fired and made a public example of.