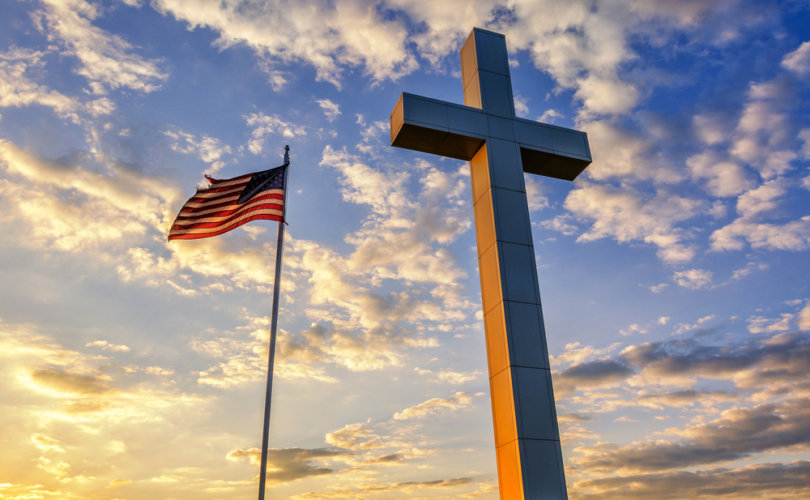 April 27, 2021 (LifeSiteNews) — Those in need of encouragement during this period of total Democratic domination on the federal level should cast an eye towards legislation being passed on the state level. Montana, for example, has been taking action both on religious freedom and the rights of the pre-born.

On April 22, Montana Gov. Greg Gianforte (R) signed the Religious Freedom Restoration Act (RFRA, Senate Bill 215), which stipulates that all state agencies must illustrate a “compelling governmental interest” before violating the “freedom of people of all faiths to exercise their sincerely held religious beliefs,” according to the governor’s spokesman. The legislation, which has also been passed by 21 other states, is modeled on a federal version of the same bill signed into law by President Bill Clinton in 1993.

Back then, religious freedom was a bipartisan issue and passed with support from both Republicans and Democrats. Now, religious freedom is viewed as thinly-veiled bigotry by the LGBT movement and their allies in woke Big Business. The law was opposed by the American Civil Liberties Union (ACLU), which stated that the protections could result in bakeries refusing to cater same-sex weddings or businesses declining to cover birth control. This, of course, is precisely the point of such laws: To allow those with deeply-held religious beliefs to opt out of practices they believe to be immoral.

In other states, governors have backed away from religious freedom protections or gutted legislation when major corporations threatened to pull their business out of the state. The same tactics were applied in Montana, with more than 250 national companies signing a letter condemning the law as discriminatory against LGBT people. Molson Coors Beverage Co., Google, Amazon, Verizon, and tobacco giant Altria Group (which, after all, is an expert on harmful products) all signed in an attempt to derail the passage of protections for religious freedom.

A spokesperson for Gianforte rejected the criticisms, stating, “Montana joins 21 other states with RFRA laws, where it has historically been used to allow Native American children to wear braids in school, Sikhs to wear turbans in the military, and Christian employers to refuse to cover abortions under their health insurance policies.”

On April 26, Gianforte signed three pro-life laws: the Montana Pain-Capable Unborn Child Protection Act, which bans abortion at 20 weeks; HB 140, which stipulates that abortionists give women seeking abortion the option to view their baby on ultrasound and listen to the heartbeat; and HB 171, which requires that the abortion pill be “provided only by a qualified medical practitioner” and other stipulations. HB 171 is a response to the Biden FDA’s decision to suspend such requirements earlier this month.

Gianforte stated that he was “proud to sign three bills that will protect the lives of the unborn” and that Montana was “taking action to protect the most vulnerable amongst us, the unborn — we are celebrating life.” The bills will be challenged in court, but legislators are hoping to pose a direct challenge to Roe v. Wade. Planned Parenthood condemned the bill as an attack on abortion access.

Oklahoma Gov. Kevin Stitt (R) also signed three pro-life bills yesterday, including a heartbeat bill, more restrictions on who can perform abortions, and even adding abortion to the list of “unprofessional conduct” by doctors.

As President Joe Biden works to remove all barriers and restrictions on abortion on the federal level, pro-life state legislators and governors are working overtime to ensure that these life-saving laws are implemented on the state level. Just as during the Obama era, a wave of pro-life legislation passing in the states can ensure that Democratic federal control does not stop the pro-life movement.