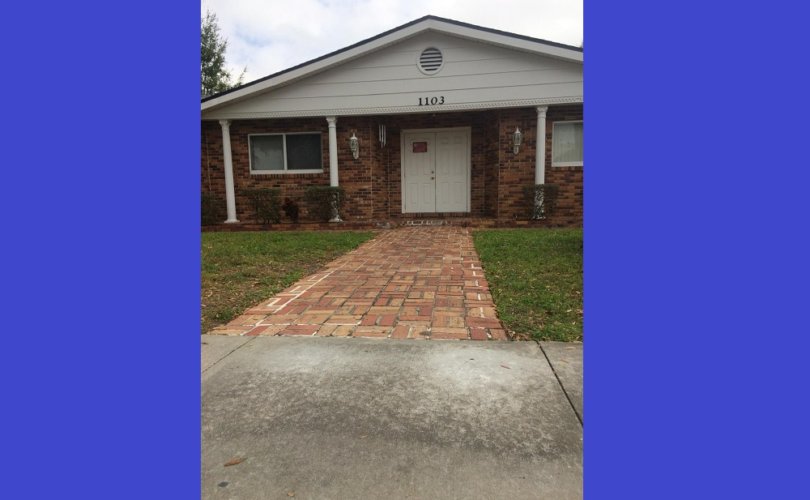 March 13, 2020 (LifeSiteNews) — A few weeks ago, a team of pro-life volunteers and I had the pleasure of meeting up with my friend John Barros in Florida. Readers of this blog will probably recognize John’s name, as I’ve told his story before in columns and interviewed him on my podcast. He’s been out in front of one of Florida’s most notorious abortion facilities, the Orlando Women’s Center, for 16 years part-time and over a decade full-time. He calls out to the women as they head to the front door; he calls out to them as they sit in the waiting room; and, with the full backing of his church, he offers them whatever help they need to change their mind, come out, and choose life.

More than 2,500 women have taken him up on his offer — John estimates that about thirty babies are saved in front of the facility every month. These days, as the result of a stroke and other health problems, he is on crutches — but he still doesn’t miss a day. Even the abortion facility’s staff admire him.

Every time we join John in front of the abortion facility, something different strikes me. The first time, it was seeing very pregnant girls hurry into the facility — and then realizing, several hours later, that a few inches of brick and plaster separated us from horrific acts of violence. Those little babies had entered the facility alive through the front door but would be carted out in pieces. The proximity and the helplessness of it all was enough to take your breath away.

This time, as I watched John call out to the women heading up the front walk into the facility, it was something else. I realized, as he begged the mothers and fathers of unwanted children to soften their hearts, that for thousands upon thousands of babies, John’s voice would be the last thing they heard. They couldn’t possibly know it or understand it, but while they were brutally betrayed by their mothers and fathers and medical professionals prepared to kill them, that voice they could hear calling through the facility door was the voice of the only man who loved them enough to beg for their lives — and would be the last thing they heard before the cold metal instruments reached their tiny, fragile bodies.

John Barros refuses all of the credit for what he does. It is God, he points out, who changes the hearts of the women who are walking in. It is a sign of God’s mercy that even while they are sitting inside the waiting room of the abortion facility, God still sends someone to call out to them and offer them a way out. Teetering on the edge of the cliff, lurching toward a decision that can never be undone, these people still receive someone, sent by God, to warn them and offer them whatever they need to come out, to change their minds, to accept the children He has given them as gifts. John’s presence in front of this ugly, hellish place is a symbol of God’s mercy.

Before we left the facility, one of my friends pointed out something incredible. On the sidewalk in front of the cobblestone walkway leading to the front door of the abortion facility, two round spots had been worn into the concrete — and if we looked closely, we could see indents from John’s crutches. It was the perfect symbol of his faithfulness in the face of evil: his feet and his crutches, for years and years, have worn away the concrete of the sidewalk. And day after day, God uses his words to wear away at hard hearts and to save babies at the very last moment.