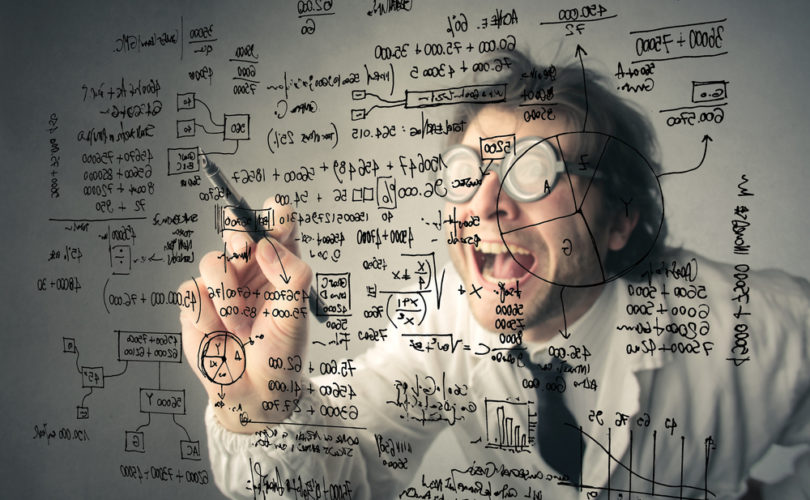 Creation is made up of the physical and the metaphysical, and all are ruled by God—Christians should not fall into the trap of conceding to secularists intellectual authority over the physical realm.

Feb. 10, 2015 (LifeSiteNews) – One of the key mistakes Christians make when approaching the culture wars is dividing truth into two categories: “secular truth” and “God’s truth.” This is a wrong-headed approach. All truth is God’s truth, and thus making a scientific argument utilizing the facts of embryology is making a Christian argument. When, as some Christians do, we allow that embryology is somehow a “secular” realm of thought, we give credence to the claims of secularists and conscript ourselves into the binary worldview with which secularists have been cleverly defeating us.

Creation is made up of the physical and the metaphysical, and all are ruled by God—Christians should not fall into the trap of conceding to secularists intellectual authority over the physical realm simply because they claim it. It is not as if the miracle of new human life developing in the womb is part of the secular realm and Christian expertise is relegated to angels and such. The Christian worldview is complete and all-encompassing, and in defence of reality as it is Christians can appeal to truth in every form.

The binary Christian-Secular divide works cleverly for secularists in political debates and has been used to great effect in the culture wars, but such arguments fail when it comes to actual reality. For example, secular scholars may claim that the moral anarchy of the Sexual Revolution was a liberation of unmitigated success, but that does not change the fact that dozens of new sexually transmitted diseases and infections have mutated into existence since then, some of them deadly. For every action there is an equal and opposite reaction. This truth is not simply a spiritual or metaphysical one, but also a very natural and physical one – as we see time and time again when God’s warnings and words are ignored. Today’s secularist may not acknowledge the concept of sin, but can scarcely ignore the presence of herpes.

This is precisely why, as I detailed in my column last week, it is so important for Christians today to arm themselves with a variety of arguments and learn how to debate atheists on the crucial, life-and-death issues of our day. Christians too often feel restricted by their worldview, as if belief in God somehow limited the scope of argument available to us. This is precisely wrong—rather, the fact that Christians can see Truth more fully, recognizing the natural and the supernatural, gives us a distinct advantage.

Still, we have to learn how to debate secularists in terms they understand. In many of the culture war battles, lives are literally at stake. By refusing to be as wise as serpents and as gentle as doves, we often ignore the fact that it is not simply an argument at stake—it is actual human lives.

For example, abortion is probably the simplest social issue to debate with atheists, because the case against abortion is one of human rights. The average member of the public might not understand the language of “sin,” but they certainly understand the language of injustice. The science of when human life begins is easily accessible to anyone, and to explain that any consistent philosophy of human rights must have those rights beginning when the human being begins is a simple task.

There is another method of argumentation I like to use when debating atheists on abortion that I find very effective: that is, appealing to science-based legislation, something secular snobs delight to drone on about when fashionable issues such as global warming crop up in conversation. We should all be able to agree, I point out, that regardless of one’s position on the role of government, the one essential role of government is to protect the weak from the strong and to enforce human rights. Surely such laws should be informed by science—and science tells us precisely when vulnerable new human beings, the smallest members of our society, come into existence.

The mystifying idea that science somehow supports a pro-abortion position, promoted by the media and entertainment industry, is only widely-held because it is rarely challenged. In fact, the pro-choice position is a feeble and subjective one—and nearly every pro-choice person believes something different. Some think abortion should be legal up until the moment of birth, while others think it should only be legal in the earliest stages of pregnancy. Some think it should be legal up until viability, others until the fetus can feel pain. When I discuss abortion with someone who says they are “pro-choice,” I always have to ask them to explain what their position is, because that term is an extremely imprecise one.

So which of these should be taken into consideration when lawmakers meet to discuss policy: The pro-choice positions, which are about as easy to pinpoint as to nail Jello to a wall? Or the science-based, coherent human rights philosophy of the pro-life position? Perhaps some people were ignorant about life in the womb back when abortion was legalized. Now, however, we have ultrasound technology, embryoscopy footage, and sonograms, not to mention an iron-clad scientific consensus. I’ve had a number of atheists I debated on university campuses admit after long discussions that by any reasonable standard, legislating the shaky and scientifically illiterate morality of the pro-choice ideology was a mistake.

There’s another point to be made here, too. Often pro-choice activists will attempt to claim that since it is most often Christians advocating for the pro-life position and we live in a secular and multicultural society, the pro-life movement must be ignored. That attempt to evade the debate fails miserably: The fact that we live in a multicultural and diverse society with a secular government is another strong reason for laws that reflect a consistent human rights philosophy protecting each and every one of us from the very beginning of our lives.

After all, in a society containing numerous religions, cultures, and belief systems, it is paramount that the government adheres to a philosophy of human rights that keeps everybody safe. When a society contains dozens of different cultures, each of which differ from each other in many ways, even drastically so, it is even more essential for the government of said society to ensure that the human rights of each and every human being are respected. There can be no equality and ultimately no safety for anyone when some groups of human beings are denied human rights based on the subjective and exclusionary terminology of “personhood,” a discriminatory label that has only ever been used to victimize those human beings not standing beneath the umbrella.

It is arguments like these that are tremendously effective when debating with secularists. Too often, Christians feel as if the unbelief of those they interact with is an automatic barrier to any discussion on crucial issues like abortion. That is not the case. These issues can be discussed, and I have seen many secularists become pro-life as the result of such discussions. And often, it goes further. Those who have been introduced to some small part of Truth begin to ask what else might be true. Those who realize how thoroughly and insidiously they have been lied to about abortion begin to ask how else they might have been deceived. Many times, we have seen that opening the door just a crack can allow quite a lot of light to pierce the darkness.

And that, after all, is the point.