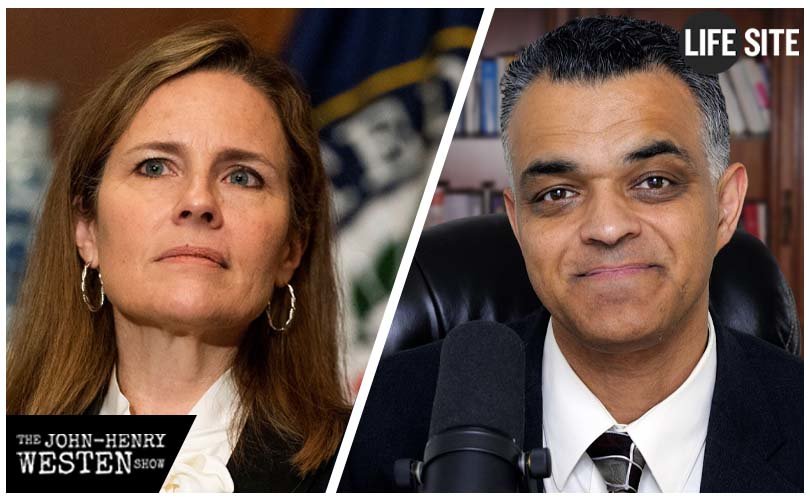 (LifeSiteNews) — In pro-life news this week, the U.S. Supreme Court’s decision allowing the Texas heartbeat law to stand is creating a stir with companies like Uber and Lyft, the popular taxi alternatives, which are trying to undermine the law. Plus, there was a bomb threat made against a Texas pro-life group. But here’s the thing, the law in question is estimated to have already saved the lives of over a thousand babies, and has led to courts approving other pro-life laws in other states. Meanwhile, there are pro-life victories in England and India, too.

The Texas heartbeat abortion law, which basically bans abortion after six weeks gestation, went into effect on September 1 after the Supreme Court of the United States ruled 5-4 to reject an emergency request to block the law by abortion activists. Instead of having the state prosecute violators, the bill “exclusively” empowers private citizens to bring civil suits against abortionists, or those who aid or abet abortions, punishable by a minimum of $10,000 in statutory relief per abortion.

Texas Right to Life (TRTL) set up a website called ProLifeWhistleblower.com, so concerned Texans could anonymously report abortionists and those who abet them in committing abortions after finding a heartbeat, or without testing for one. The web-hosting giant GoDaddy, which is famous for originally advertising with scantily clad women, kicked Texas Right to Life off their platform.

If you’d like to contact them, here is the GoDaddy 24/7 support line phone number: 480-463-8390. In response to GoDaddy’s stance, Seth Dillon, the CEO of popular Christian satire site Babylon Bee, said he would donate $20,000 to Texas Right to Life.

Indeed, abortion activists are not happy with the heartbeat law — so much so that one of them sent a bomb threat to Texas Right to Life. The group was forced to evacuate its Houston headquarters late Friday over an emailed bomb threat. Police were called around 10:15 a.m. on September 10 after receiving the bomb threat. While police were on the scene, a postal worker delivered a suspicious package. Officers immediately evacuated the building and called the Houston Police Department’s bomb squad. The bomb squad evaluated the package with x-ray and determined the contents were not harmful.

Meanwhile, the popular taxi alternatives Uber and Lyft have shown themselves to be abortion activists. Both companies have promised to pay the legal fees for drivers who are sued under Texas’ recently implemented heartbeat law. Lyft CEO Logan Green also said he’d donate one million dollars to Planned Parenthood. Uber CEO Dara Khosrowshahi echoed Green’s commitment to paying the fines of those who aid and abet criminal abortions. Uber has previously fired a New York driver for refusing to drive a woman to an abortion facility.

If you ever wanted a motivation to get back to regular taxi service, you’ve got it now.

The CEO and co-owner of a video game development company called Tripwire Interactive has been forced out of his job after he made comments on Twitter in support of Texas’ law.

John Gibson wrote September 4 on Twitter: “Proud of #USSupremeCourt affirming the Texas law banning abortion for babies with a heartbeat.”

“As an entertainer I don’t get political often. Yet with so many vocal peers on the other side of this issue, I felt it was important to go on the record as a pro-life game developer.”

Not surprisingly, the Biden administration launched a federal lawsuit Thursday against Texas over the law, claiming it violates both federal law and longstanding judicial precedent. In a press scrum Biden lambasted the Texas law suggesting it is un-American.

But the heartbeat legislation in Texas has also had positive feedback around the nation, as several states have already signed similar legislation.

On Thursday, Gov. Kevin Stitt of Oklahoma celebrated nine new pro-life laws including a heartbeat bill with a ceremonial bill signing. Stitt was unapologetic about the pro-life direction of his state. “I promised Oklahomans I would sign every piece of pro-life legislation that came across my desk and I am proud to keep that promise,” he said. “As a father of six, it’s an honor to be the most pro-life governor in the country and I will always step up to protect the lives of unborn children.”

And the Supreme Court win has already led to wins in other courts, as well. The Seventh Circuit Court of Appeals on September 8 ruled in favor of Indiana’s bid to enforce several pro-life laws, including a prohibition on chemical abortion drugs being dispensed through telemedicine, as well as establishing health and safety standards for abortion facilities. Two of the three federal judges on the panel ruled that Indiana would likely succeed in its legal battles and overturned a stay, or pause, on enforcement of the laws, some of which have been on the books for years.

But rulings from the courts have not all been positive.

On Tuesday, the Mexican Supreme Court struck down several articles that protected unborn life in the penal code of the Mexican state of Coahuila, potentially opening the door to legal abortion throughout Mexico. Currently, elective abortion is legal in Mexico City, and in the states of Oaxaca, Hidalgo, and Veracruz until the unborn child is 12 weeks old. Since 2019, abortions for reasons of rape have been permissible throughout the country, though elective abortion has remained illegal. Coahuila is the most recent state to change its tune on the legality of abortion, although decriminalization does not make the procedure legal. Coahuila shares a border with Texas.

Mexico is home to the famous apparition of Our Lady of Guadalupe, who appeared almost 500 years ago to St. Juan Diego in what is now Mexico City. Our Lady of Guadalupe is the Patroness of the unborn. Historically a devout Catholic nation, the abortion debate is very contentious in Mexico, even among Mexicans who do not practice the faith. Almost immediately after the pro-abortion decision, a major earthquake struck near the port city of Acapulco. The quake was measured at a 7.1 magnitude on the Richter scale, and aftershocks were felt as far inland as Mexico City. Over a million people were left without power for a time, and so far at least one person has been killed as a result.

Meanwhile in India, the High Court of the Indian State of Kerala dismissed a mother’s request to abort her 31-week-old baby, stating the “right to life of an unborn” cannot be treated “differently from a born child.”

“In the absence of any threat to the life or health of the mother,” the ruling stated, “the reproductive choice of the mother, which is a facet of the fundamental right guaranteed to her under Article 21 of the Constitution, will have to give way to the right of the unborn to be born.” Article 21 of the Indian Constitution secures two rights: the right to life and the right to personal liberty. The ruling says “the unborn has life from the stage it transforms into fetus. If the unborn has life, though it is not a natural person, it can certainly be considered as a person within the meaning of Article 21 of the Constitution, for there is absolutely no reason to treat an unborn child differently from a born child.”

And speaking of good pro-life news internationally, the U.K. held its annual March for Life on Saturday, gathering around 4,000 pro-life activists who marched through the streets of London with the slogan: “Life from conception! No exception!” The march ended in prayer with a blessing from Bishop Paul Swarbick of the Diocese of Lancaster.