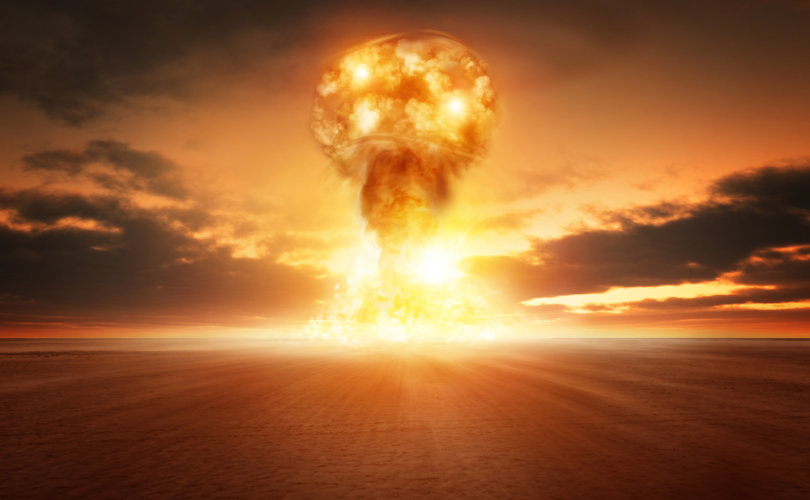 HOLLYWOOD, August 23, 2016 (LifeSiteNews) – Pro-life activists are being lambasted for pointing out that the number of Americans killed by abortion is greater than setting off one or more nuclear devices.

Fr. Frank Pavone of Priests for Life told “The Drew Mariani Show” last week that the toll inflicted by abortion has been devastating. “It’s like several atomic bombs have already gone off on our own soil when it comes to just the sheer numbers,” he said.

Audio of the Catholic radio program is included in an article highlighted on the website of Right-Wing Watch, a project of People for the American Way. PAW was co-founded by Hollywood producer Norman Lear and funded by George Soros.

Fr. Pavone’s remark came after televangelist Jim Bakker made similar statements last week. “If an atomic bomb had dropped on America, it wouldn’t do any more damage than what abortion has done,” Bakker said.

The website, which is dedicated to presenting conservatives’ arguments in the most damning light possible, ran an article about Bakker’s statements yesterday.

As usual, the pro-abortion movement’s “point-and-sputter” mode of “response” ignores a simple question: Are they right?

As it turns out, the truth is not especially friendly to the abortion lobby, Hollywood, or Soros-funded entities generally.

In 2009, Ellen Tauscher, then an undersecretary in the State Department, told the UN Disarmament Committee that exploding one nuclear weapon in a U.S. city could kill hundreds of thousands of people.

Even dropping a bunker-buster (Robust Nuclear Earth Penetrator, or RNEP) on top of an Iranian nuclear reactor would kill three million people within two weeks, according to the Union of Concerned Scientists, an anti-nuclear organization.

There have been 58,586,256 abortions since Roe v. Wade, according to a report released in January by National Right to Life. The number of abortions reported – not every state reports its abortions – has, at times, exceeded one million a year.

RWW promotes outrage like few others on the web, but the bottom line is, “You can’t handle the truth.”