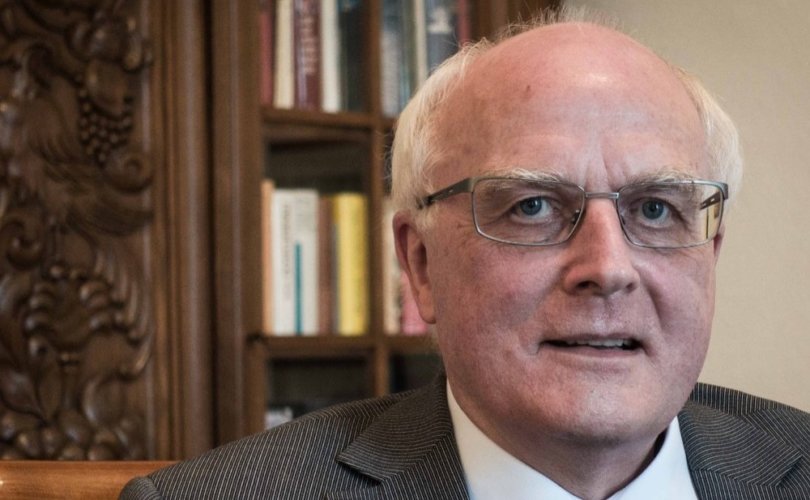 “The power of ordination (potestas ordinis) and the judicial power (potestas jurisdictionis) may not be separated,” Karl-Heinz Menke, a priest and retired professor of dogmatics at the University of Boon, told LifeSiteNews.

When a bishop, for example, is appointed by the Pope, he receives his “jurisdiction over his diocese not from the Pope, but through his episcopal consecration [i.e., through Holy Orders],” the theologian explained. The same applies to a priest and a deacon. A priest, for example, is appointed by the bishop, but “exercises his jurisdiction not because of this appointment, but because of his priestly ordination.”

Professor Menke is a member of the Vatican's International Theology Commission who was appointed by Pope Francis as a member of the 2016 Study Commission on the history of the female diaconate. LifeSiteNews reached out to him and asked him to comment on the working document for the upcoming Amazon Synod calling for bishops to “reconsider the notion that the exercise of jurisdiction (power of government) must be linked in all areas (sacramental, judicial, administrative) and in a permanent way to the Sacrament of Holy Orders. (number 127)”

Professor Menke commented that “if one would want to entrust to a woman the governance of, for example, a diocese or a parish – without being able to ordain her as bishop or as priest – then we would return into an age (from the Middles Ages up to the Reformation), in which dioceses were ruled by prince-bishops who did not receive episcopal ordination and who had auxiliary bishops at their side to take care of the pastoral tasks.”

“This abuse had already been removed by the Council of Trent, and the Second Vatican Council (see LG 28) strictly binds the judicial power to the reception of the analogous [sacred] ordinations,” he said.

Vatican II's Dogmatic Constitution Lumen Gentium states, in paragraph 28, that bishops, priests and deacons all exercise, on different levels, the “ecclesiastical ministry,” and this includes not only the teaching and sanctifying offices, but also the governing office. Lumen Gentium states:

Thus the divinely established ecclesiastical ministry is exercised on different levels by those who from antiquity have been called bishops, priests and deacons.(63*) [….] By the power of the sacrament of Orders,(65*) in the image of Christ the eternal high Priest,(177) they [the priests] are consecrated to preach the Gospel and shepherd the faithful and to celebrate divine worship, so that they are true priests of the New Testament.(66*) Partakers of the function of Christ the sole Mediator,(178) on their level of ministry, they announce the divine word to all. They exercise their sacred function especially in the Eucharistic worship or the celebration of the Mass by which acting in the person of Christ (67*) and proclaiming His Mystery they unite the prayers of the faithful with the sacrifice of their Head and renew and apply (68*) in the sacrifice of the Mass [….] Exercising within the limits of their authority the function of Christ as Shepherd and Head,(69*) they gather together God's family as a brotherhood all of one mind,(70*) and lead them in the Spirit, through Christ, to God the Father.

As Catholic News Agency's canon law expert, Ed Condon, also just pointed out in a critique of the upcoming curial reform, “Canon law defines ordination as a necessary qualification for the exercise of the power of governance. Lay people – according to the Code of Canon Law – can 'cooperate' in the exercise, but not exercise it in their own right.”