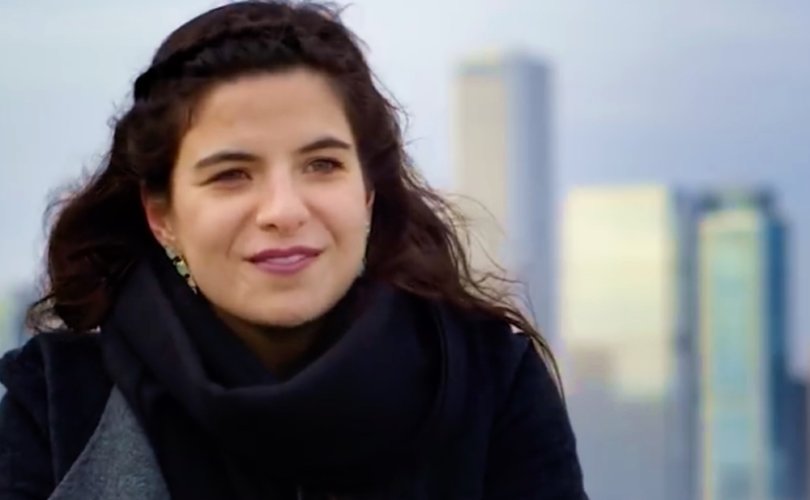 CHESTNUT HILL, MA, March 20, 2018 (LifeSiteNews) – Twelve years ago I took part in a  seminar at the Lonergan Research Institute, a beautifully appointed, wood-paneled room at Boston College. Besides the elegant interior, all I remember about that seminar was that the professor leading it suddenly told us what he had learned about student sexual activity on campus.

The professor shook his head in a “kids these days” fashion. It was clear that he wasn’t going to do anything about it, and as horrified as I was, I wasn’t sure what I could do about it either.

But later, in that very same room, I spoke to someone who had also heard the keg party story, and she actually did do something about it.

Her name was Kerry Cronin, and she is now known across the USA as the “dating doctor,” a Boston College professor who makes it a condition of passing her course that students go out on one old-fashioned, no-alcohol, perfectly chaste date. A documentary about Cronin, her class and some of her students is being released across the USA. The Dating Project, produced by Paulist Productions, will appear on April 17.

I was very excited to hear about The Dating Project. If it ever comes to Scotland, I’ll be at the cinema in a heartbeat and toast Kerry’s magnified face with my box of popcorn.

Some people have laughed and tutted at the thought of a prof at “Barely Catholic” — as BC is pejoratively known in certain circles — giving bonus marks for going on a date. However, this is because the scoffers do not understand how difficult it is for young people to initiate a chaste courtship nowadays and how an old-fashioned date could be a step in the right direction.

I met Kerry Cronin in 2005, the kindest, most welcoming, and most unselfconsciously caring person I would find at BC. She profoundly liked people, which is not true of everyone in academia, and she was keenly interested in students’ well-being, which is not true of all professors. Kerry, who teaches interdisciplinary courses, had already begun to speak with her students about relationships and to learn from them what campus relationships looked like.

The “hook-up culture” of campuses across the USA involves a myriad of bizarre expectations and sexual activities. Young men find themselves as mystified as young women.  Kerry told me of a young man who had gone to a young woman’s apartment in the middle of the afternoon and found a stripper’s pole set up in the living room. The young woman offered to put on a show for him. The young man told Kerry that he didn’t know how he felt about that. He literally did not know.

At the time, both Kerry and I were single women who wondered why we were still single. We were also keenly interested in the plight of other unwilling singles. Soon after meeting Kerry, I began writing a blog about being happy as a Catholic single. It eventually became a book called Seraphic Singles (The Closet’s All Mine in the USA, and Anielskie Single in Poland). It wasn’t published until I got married, which made interviews awkward.

Of course, some colleges are more counter-cultural than others.  Young people who are knowledgeable and serious about their Christian faith are certainly willing to give old-fashioned dating a shot.

The problem, as Cronin explains, is that young people today are terrified of social awkwardness. In a world where we can all hide behind our computer screens and smartphones, looking an attractive person in the face and asking him or her to have a coffee somewhere with you can feel very awkward.

And I know from my readers that it can also be very awkward to receive these red-faced invitations to coffee. The first impulse of the typical young woman is to turn down the invitation, thus robbing herself of the chance to get to know better this interested young man. Not being the typical young man, she has no idea how much courage it took him to invite her for coffee or how long it will take him to summon up the courage to invite another girl.

For all those reasons, I beg my mostly female, mostly Catholic readership not to turn down these initial coffee dates unless they have serious reason to believe the asker is of bad character.

“It’s just a coffee,” I remind them. “It’s not a marriage proposal.”

That said, unless we help young men and women learn to relate to each other as potential spouses, not just as buddies or as temporary sex partners, there are going to be even fewer marriage proposals than there are now.

We need a dating revolution. Maybe The Dating Project will be a step in the right direction of starting one.