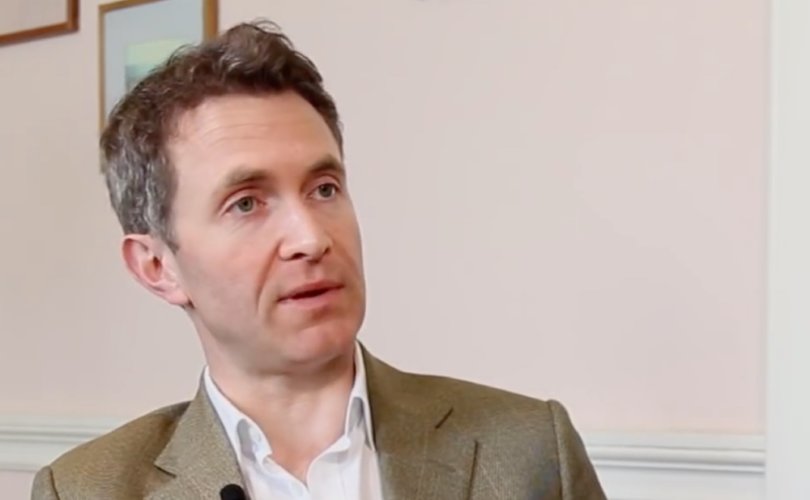 May 30, 2019 (LifeSiteNews) – British journalist and author Douglas Murray is easily one of the most insightful, incisive, and intelligent commentators on culture today. His last book, The Strange Death of Europe, is a fascinating analysis of the migrant crisis of 2015, the vanishing European identity, and the spiritual vacuum that Islam is now increasingly occupying. Despite the fact that he is an atheist of sorts, he is genuinely grappling with the reality that without God, our human rights—and indeed all of our rights—are suddenly rooted in nothing at all, and has bluntly stated that a return to Christianity might well be necessary if atheists continue to fail at providing a solid framework for reality.

Murray has a way of encapsulating issues both uniquely and succinctly, and in a recent conversation he had with the two hosts of the podcast Triggernometry, the chat wandered over to the subject of today’s dogmas and taboos. It’s funny, Murray observed with a wry grin, that the progressives don’t seem to realize that they are now the dogmatists. And then one of the hosts posed him a what is a rather dangerous question in today’s media climate: “What do you think is one of the great lies of our age that we haven’t addressed yet?”

There are many of them, Murray, who is openly homosexual, replied thoughtfully, “But they all have one thing in common, which is that society is demanding that you agree to something that is not possible to agree to and keep your self esteem, or at least be able to look at yourself in the mirror. The most obvious one is everything to do with gender and sex. That’s why trans keeps tripping people up.”

After all, he pointed out, it is actually “such a small issue, such a minority of a minority issue, but it keeps tripping people up because they don’t want to say the thing they’re being told to say, which is that there is no difference between men and women and that we can migrate between the sexes and that our bodies are like pieces of Lego—you can just stick bits on to it and if you don’t like it you can take it off again. Because there is something demoralizing about agreeing to lie.”

This, of course, is why Jordan Peterson became so famous: Because he simply declined to play along.

I’d never considered that aspect of the transgender phenomenon before: The demoralizing nature of the demands. The idea that an adult with common sense would be forced to affirm the idea that a man can get pregnant, or that a woman could have a penis, or that someone who is very obviously a biological male is actually a biological female is somehow humiliating. That is partially what made the case of Graham Spiers, a Scottish construction worker who was arrested, fined, and berated for laughing at a biological man dressed as a woman, so repulsive: The degrading nature of it all.

“This is different, by the way, [from] custom or politeness,” Murray continued. “We should all aspire to be polite and decent to people, but being invited to engage in a lie ends up demoralizing you. You know, [in] communist countries…those who travelled a lot behind the Iron Curtain or lived behind it often commented on the needless things they were persuaded to agree to lie about. People often wondered: Why am I being made to agree to this next implausible thing? And the answer really was: Because it’ll demoralize you further, and it’ll make you less willing even than you were before to think of yourself as an individual with any worth. So that’s the plan.”

Murray is careful not to be conspiratorial about what is unfolding: “I don’t say that that’s organized, I think it’s subtle that people slip into it. I think in our own society we have to be really careful. I like heretics, I like dissidents, I like people who say the thing no one else will say—I admire it. And I think we have to be really careful as a society that we don’t slip into it, on that issue, on gender, on sex, sexuality, indeed. That we don’t slip into a load of untruths which will basically just demoralize us. Because the truth is energizing.”

As usual, Murray is precisely right. When we as a culture are forced to play along with something that we know is not true—and more than that, something which is often simply ridiculous, it degrades and demoralizes us all. The totalitarian instincts of the transgender crowd are rooted in the fact that many of them know that they cannot actually persuade much of the public of their premises, and so instead the public must be forced to accept them or pay the price. That is a very dangerous road, and one that is in our power to avoid.

We simply must refuse to obey, and refuse to play along.