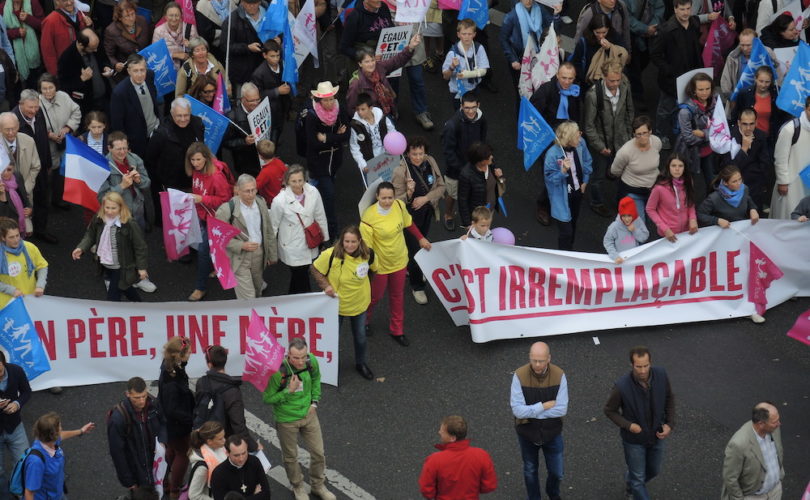 September 21, 2018 (LifeSiteNews) – The German magazine Der Spiegel will publish tomorrow an issue titled “Thou Shalt Not Lie. The Pope and the Church in her greatest crisis,” which contains a 8-page-long story on many of the failures of Francis' pontificate. LifeSiteNews has been able to view an online version of the magazine prior to its print release tomorrow.

A prominent part of that study is an interview with an abuse victim from Buenos Aires who reveals that she and a group of abuse victims wrote in 2013 a joint letter to Pope Francis. They never received an answer, but one of the abusing priests has been evasively transferred to another position.

Der Spiegel, in its 39/2018 issue, is astonishingly critical of Pope Francis in his overall leadership, to include his wavering attitudes concerning many matters – including Communion for Protestants and Communion for the “remarried” divorcees – all of which seem to foster his own fear that he will eventually go “down the history as the one who split the Church” (these words were repeated by the Spiegel). They also cover scandals such as the Father Inzoli case (in which Cardinal Müller intervened), the drug-fueled homosexual party in Rome, the McCarrick scandal and his financial gifts to Rome, the members of the C9 Council who have been accused of cover-ups (Errazuriz, Maradiaga).

Prominent among the failures of this Pope as described by the magazine – whose journalists traveled to Argentina, Munich, and other places for this article – is his lack of merciful and just responsiveness toward sex abuse victims. The Spiegel spoke with a woman, Julieta Añazco, who had been sexually abused by a priest, Ricardo Giménez, when she was only seven years old. The abuse took place when she went into his tent, during a youth camp, for the Sacrament of Penance.

Añazco comes from La Plata, a city not far away from Buenos Aires. She only later found out, explains the Spiegel, that Father Giménez had by then already been transferred to another position due to allegations of his abuse of minors. This woman – who also gave an interview to the now-much discussed French documentary The Code of Silence: Sex Abuse in the Church and who might become “the woman who brought down the Francis papacy” – said that she suffered much and tried to receive therapy. She now is a member of the organization “Network of the survivors of ecclesiastical abuse” where, according to the German magazine, “she can speak about what happened to her.”

As the Spiegel reports, “in 2013, shortly after Bergoglio had been elected Pope, Julieta Añazco and 13 other victims of the priest Giménez wrote a letter in which they described what had happened to them – and why they now still suffered under depression; and had suicide attempts; or why they became drug addicts, while the accused priest continued to celebrate Mass and was in contact with children.”

In December 2013, these victims sent the letter, by registered mail, to Pope Francis. “Three weeks later,” says the Spiegel, “there came an acknowledgment of receipt. Then they heard nothing anymore.” The accused priest – Father Giménez – subsequently was transferred to work in a nursing home for the elderly, where he still “shows himself to journalists in his cassock.” “He is respected there and continues to celebrate Mass,” adds the magazine.

As the Spiegel further explains, “during Bergoglio's time as cardinal, many of the abuse victims in Buenos Aires [the former episcopal seat of Jorge Bergoglio] had turned to him for help; nobody was permitted access to him.” Julieta Añazco and other victims now demand a civil legal process against their abusers. There are currently 62 trials going on against Argentine priests. As the Spiegel says “the number of their victims could be in the thousands.” As Añazco says, “it is difficult for us, because nobody believes us. We wish to reach the Pope, but he is not interested in us.”

Juan Pablo Gallego – a prominent legal defender of the abuse victims in Argentina – goes even so far as to claim that “Francis is now in exile in Rome – has found his refuge [with immunity] there, so to speak. In Argentina, he would first have to refute the suspicion that he protected for years rapists and abusers of children.”  Speaking with the Spiegel, Gallego then discusses the now-famous case of the child abuser Father Julio César Grassi, who has been imprisoned for having violated boys in the age range of 11 to 17 years.
According to Gallego, Pope Francis had been Grassi's confessor and ordered a 2,600-page long legal study in order to defend Grassi against the abuse charges which were submitted and “in order to criminalize the victims,” in the words of the Spiegel.

“In 2006, I had a conversation with Bergoglio,” explains Gallego. “He was withdrawn and mistrusting, he said no word about [the fact] that the Church paid Grassi's lawyers. The current image of an open, sympathetic Pope Francis does not fit the man whom I sat in front of at the time.”