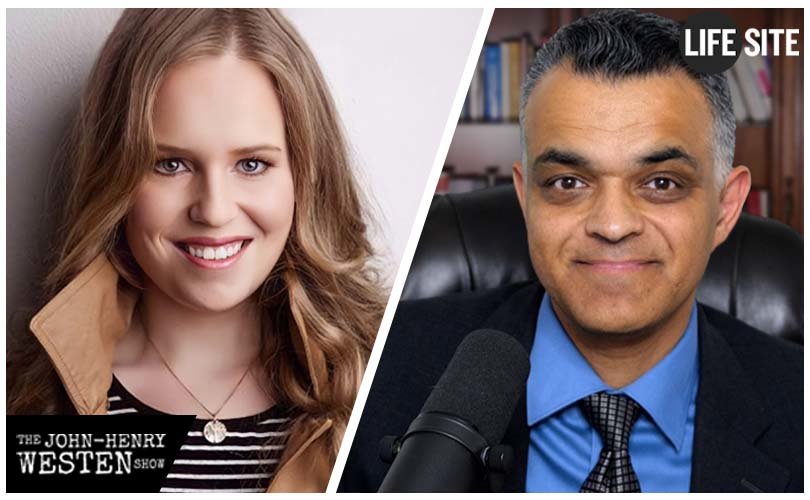 (LifeSiteNews) — Today I bring you an amazing interview I had with a great heroine fighting the COVID madness going on in Australia. Monica Smit, an activist and journalist, has just recently been released from jail. As you may have heard from my conversation with her parents last week, she is not backing down from the fight.

Smit explained to me what led up to her arrest, her time in jail, and why she’s optimistic about her fight for freedom in the face of medical and government tyranny.

“I’d seen it happen to a lot of other people,” she said of her arrest. She also mentioned that she never got angry or upset, but let the entire ordeal play out, hoping to immediately get out of jail with bail.

However, conditions were added to her bail which Smit absolutely refused to comply with. These included a personal curfew, in addition to the curfew put in place for the entire nation, as well as the deletion of previous posts on her website related to “incitement.” Another condition was that she would not be allowed “to incite opposition to the Chief Health Officer (CHO) Directions.”

Smit chose not to give in to these demands because it would allow the government to violate her freedom of speech and possibly even set a precedent for future cases. So she decided not to sign the conditions.

Smit optimistically told me that during her more than three weeks in jail she was able to “take a break” from her work and use that time to grow in a deeper spiritual relationship with God, as well as write a book, which she says will be coming out soon.

The entire ordeal has proven to have more far-reaching implications than just for Smit. She told me that, “three days after my hearing, someone else got arrested for the same thing and they got the same bail conditions as me without having to go to jail for twenty two days.”

She said that now “we’re in psychological warfare” where medical tyrants are “trying to break our will” and make us submit to their dictates. Still, she wants everyone to remain hopeful and optimistic, and to put all their trust in God, because He “is on our side,” she said.