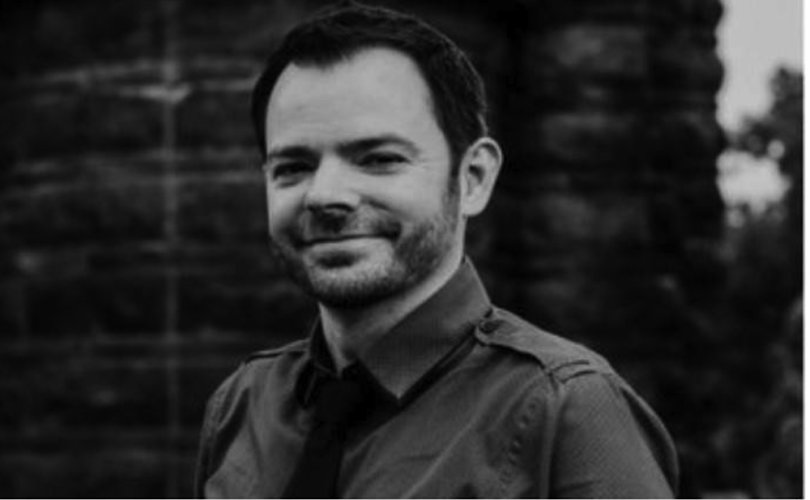 December 10, 2018 (LifeSiteNews) — “And Mary said, Behold the handmaid of the Lord: be it done to me according to thy word. And the angel departed from her.” Luke 1:38

With those words, the Blessed Mother said “yes” to God and her part in His plan to offer His Son for the salvation of mankind.

But the Lord did not have the Blessed Mother’s “consent” to conceive Jesus in her womb, at least according to a Minnesota psychology professor.

In what is presumably a “MeToo” homage, Eric Sprankle attempted on Twitter this week to redefine Christ’s miraculous conception as something nonconsensual.

The virgin birth story is about an all-knowing, all-powerful deity impregnating a human teen. There is no definition of consent that would include that scenario. Happy Holidays.

When another Twitter user pointed out that Mary had in fact freely submitted to the will of God, Sprankle proceeded to trash both the Blessed Mother’s fiat and the Lord Himself, charging God with unethical abuse of power and gross predation.

The biblical god regularly punished disobedience. The power difference (deity vs mortal) and the potential for violence for saying “no” negates her “yes.” To put someone in this position is an unethical abuse of power at best and grossly predatory at worst.

He is identified as an associate professor at Minnesota State University, Mankato, on the university’s website. His personal webpage states that he is “promoting sexual health by reducing shame and respecting bodily autonomy.”

Numerous Twitter users appropriately took Sprankle to task for the disrespect and faulty analysis, which was covered in a number of media outlets.

“How absurd, what this person says!” Kwasniewski told LifeSiteNews. “It seems to me that the other Christian readers have already pointed to the obvious flaws in his reasoning.”

“But the main weakness is simply that he has a completely superficial idea of God as a giant muscle-man in the clouds – the sort of comic-book caricature of religion that secularists and materialists reject. They ought to reject it, but then find the true God, who is transcendent and immanent, almighty and intimate, mysterious and loving, but loving enough to challenge us out of our mediocrity and call us to surpass ourselves. God did not want to crush Mary, but to elevate her to an inconceivable height. He chose to ask her because she was the most humble and devout, and therefore able to respond with love to this overture. Her consent was not only perfectly free, it was the fullest and most loving consent ever given by a creature to its Creator. This is why the poet William Wordsworth could call Mary ‘our tainted nature’s solitary boast.’”

Christians are regular convenient marks for blasphemy and ridicule – given Christ’s call to turn the other cheek. But during Advent it seems to ramp up, polluting the time of anticipation of Christ’s birth each year.

People of faith are left to decide whether the best response is to not dignify the remarks and offer no response, or call it out and put forth fervent, vocal defense of the faith.

We know Christ is victorious over all evil, including confusion and human brokenness, and potshots at God. At the same time, the Blessed Mother is in fact our mother, and anyone worth their salt defends their mother.

A few other recent tweets from Sprankle denote Satanism, in particular relating to Christmas.

In sharing a photo of a Christmas tree topped with a five-point star encased in two circles, Sprankle stated:

Satanic holiday decor shopping on Etsy is the reason for the season. pic.twitter.com/t4EPPIgKtN

Of another photo with an Elf on the Shelf figure that has its arm around a statue of the occult deity Baphomet, he said:

Jack made a friend. pic.twitter.com/3rnkdQPMJo

Another post just days before Sprankle’s claim that God lacked consent with Mary was also instructive:

Those are some pretty sad (mis)statements.

Advent, especially the eve of the Feast of our Blessed Mother’s Immaculate Conception, is a time for prayer in thanksgiving for Our Lord and Savior Jesus Christ, and for mercy for all of our souls, especially the lost.