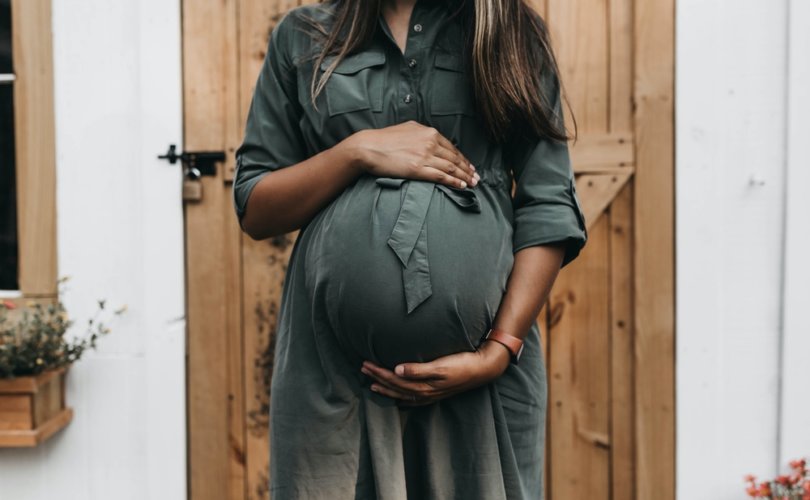 February 7, 2020 (LifeSiteNews) – It cannot be pointed out often enough: Canada is one of the only nations on Earth with no restrictions on abortion whatsoever. Abortion is legal throughout all nine months of pregnancy, a fact that the vast majority of Canadians remain unaware of. This horrific status quo has resulted in babies being frequently born alive and left to die: According to the research of pro-life writer Pat Maloney, there were “766 late-term live-birth abortions in a five-year period.”

You would think the fact that wonderful stories of miraculous micro-preemies being born increasingly earlier and surgeries being done on preborn children would give Canadian political leaders pause, but that is not the case. Just the opposite: According to CTV, Quebec Health Minister Danielle McCann “wants doctors to perform more late-term abortions, pointing to a report commissioned by the College of Physicians that claims there are insufficient and disorganized services in this area.”

According to a report by the ironically-named “clinical ethics working group” of the College of Physicians, abortion in the third trimester is difficult to access, and “pregnant women were refused services by several hospitals and doctors who said they would be stigmatized if they perform these late-term abortions.” In response, the health minister told her colleagues in the National Assembly that she is considering creating an “additional team” in order to “increase access” to late-term abortions.

While many Western nations are reconsidering the ethics of late-term abortion as medical technology advances, pushing viability back, Canadian politicians are still locked into an extremist position that has them defending abortions that Dr. Henry “the Father of Abortion” Morgentaler himself refused to perform. In fact, the key reason that it is so difficult to get a late-term abortion is because the vast majority of physicians—even those who commit abortions—believe that late-term abortions kill a human being, and cannot stomach performing a procedure that involves dismembering a nearly fully-developed child.

And that is precisely what a late-term abortion entails. Several of my colleagues at the Canadian Centre for Bio-Ethical Reform have had the opportunity to debate late-term abortionist Dr. Fraser Fellows of London, Ontario, who commits abortions up until 23 weeks and 6 days. During one debate, my former colleague Stephanie Gray showed a horrifying video of a baby being dismembered and pulled from her mother’s womb, and then asked him if the imagery she had shown was “an accurate reflection of what you see and what you do?” Fellows’ response: “Absolutely.”

Activists like the delusional Joyce Arthur of the Abortion Rights Coalition of Canada consistently attempt to lie their way out of explaining why they defend the barbarism of abortion by claiming that the imagery used by pro-lifers is fake. Unfortunately for her, not even Dr. Fellows, who has been committing abortions in Canada since 1969, is on her side with that. Consider the following exchange between Stephanie Gray and Dr. Fraser Fellows:

SG: Do you do dilation and extraction where you pull the child out intact?

FF: That would be an induction of labor in order to achieve that. So, it’s all about the opening of the cervix. The cervix is caused to be opened adequately, then the fetus can be aborted relatively intact, but that would take labor to achieve that.

SG: So, to protect the cervix, is that the reason why you would do the dilation and evacuation where you’re going to pull [the baby] out piece by piece?

FF: The restricting factor in doing an abortion is cervical ripening, or the dilatation of the cervix. So it’s all about preparation of the cervix in the later abortions that defines its safety or lack of safety.

FF: Well, we don’t weigh the fetuses. We know that fetuses beyond 20 weeks weigh anywhere from 500-750 grams.

SG: So would the baby fit in the palm of my hand?

SG: Although, I guess if they aren’t intact, you aren’t seeing the intact child?

SG: Statistics Canada recently confirmed that between 2000 and 2009, 491 babies were born-alive after abortion and left to die by attending medical personnel. In the entirety of your career since 1969, have you ever seen this happen?

SG: Would that be because you do not remove the children intact?

FF: We use to do abortions by induction of labor using abortifacients, but we would always make sure that the fetus would not be alive when it was born.

SG: So, are you therefore conceding that prior to the abortion, it was alive?

SG: And would you concede that the act of abortion therefore kills the child?

If you won’t believe pro-lifers that late-term abortion dismembers and kills a living child, perhaps you might believe an abortionist who actually performs these abortions. Most doctors refuse to do these gruesome killings because their consciences cannot handle it, and so the work is left to a hardened few.

And Canada’s extremist politicians are left trying to find medical professionals willing to kill children big enough to fit in the palm of your hand—or survive outside the womb.

Jonathon’s new podcast, The Van Maren Show, is dedicated to telling the stories of the pro-life and pro-family movement. In his latest episode, he interviews Dr. Christopher Yuan, a former drug addict who lived a promiscuous gay lifestyle. Dr. Yuan is now a professor at Moody Bible Institute. He discusses his powerful journey and conversion and the LGBT agenda. You can subscribe here and listen to the episode below: