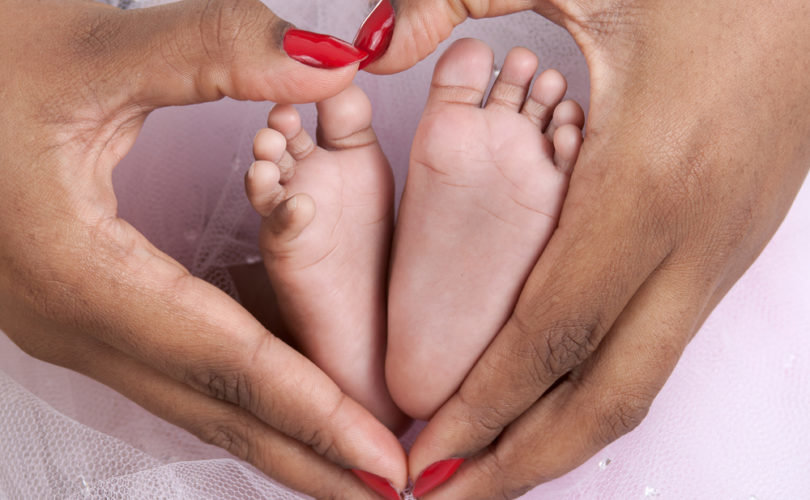 Anna Duggar has done it now. Online “entertainment” news sites are up in arms that a woman would actually express her…gasp…opinion via Twitter! The Duggars are known for being unapologetically pro-life, and they are absurdly hated by those who rabidly defend a choice their mothers never made (ironically being alive to spew their pro-abortion nonsense). What did Anna do that has E!Online, RadarOnline, FishWrapper, InTouchWeekly and even Mommyish and Opposing Views so riled? She retweeted a Black History Month meme that I created and posted, via The Radiance Foundation, to highlight abortion’s devastating impact in the black community.

“Human beings should be remembered not dismembered. Because of the violence of abortion, over 16 million black people are history. TooManyAborted.com #BlackHistoryMonth #BlackLivesMatter #AllLivesMatter”

These are the words that have offended some (evidently) disturbed Twitter folk—enough for them to post death threats and insanely profane tweets to both Anna and The Radiance Foundation. The black abortion rate (up to 5 times that of the majority population) isn’t controversial for these folks…just that a white person (namely a Duggar) dared to share this truth with the Twitterverse.

SEE SOME OF THE TWITTER REACTIONS HERE. WARNING: GRAPHIC LANGUAGE.

Keep in mind, I am as black as Obama. That’s pretty much where our similarities end. He believes that government can decide who is human and who isn’t. I see how that social experiment has miserably and fatally failed over and over again. But humankind seems to refuse to learn from history. We live in a culture that too often values the emptiness of entertainment over the empowerment of education.

Black History Month. It’s supposed to be a reflection of history. But in a lazy online world, it’s much easier to vent venom than click for clarity. Heaven forbid some of these people should actually dive into the deep pools of digital information and soak up some information. Instead, in 140 characters or less, people celebrate their own ignorance. One tweet scolded me for using Black History Month to further my own agenda: “#BlackHistoryMonth serves a purpose- with that being said, it’s purpose is NOT to get across your point of abortion.”

Famed freedom fighter, Fannie Lou Hamer (“I’m sick and tired of being sick and tired!”), is known for her courageous efforts to fight poverty and ensure black citizens’ right to vote. But history books and multitudes of tributes omit that she fought for the dignity of all human life, including those in the womb.  Journalist Ethel Payne, known as the “First Lady of the Black Press” wrote in her 1980 Afro-American column: “Fannie Lou Hamer was a passionate believer in the right to life.” She further articulated that Hamer “spoke out strongly against abortion as a means of genocide of blacks.”

One of the most influential and destructive components of Black American History is eugenics. The racist pseudoscience birthed Jim Crow laws and Planned Parenthood.  Margaret Sanger, the founder of the nation’s largest abortion chain, was a member of the American Eugenics Society. Alan F. Guttmacher, founder of the Guttmacher Institute, served as President of Planned Parenthood and Vice President of the American Eugenics Society.  This deeply racist and elitist movement established state eugenics boards which forcibly sterilized over 60,000 Americans, as thoroughly documented in Maafa21. North Carolina recently paid reparations to victims for this heinous time in American history. One of those victims is my friend Elaine Riddick, a black woman who was raped at the age of 13. She gave birth to her son, but was then forcibly sterilized and butchered by order of The Eugenics Board of North Carolina. She would never be able to have another child again.

Anna Duggar’s “infamous” retweet reminds us of how twisted we have become in our society’s understanding of race and human equality. Some are so desperate to accuse others of racism that they miss it where it screams loud and clear—in an industry that kills unborn human life (disproportionately black) for a living. So they spew their lack of any historical (or present) knowledge of this injustice on Twitter and celebrate their unwillingness to learn. Their responses show they have no concept of what is actually racist. It’s merely an easy buzzword in their minuscule arsenal of hashtags and accusations.

From the bizarre reactions on Twitter it’s apparent many of the opponents of this Black History Month TooManyAborted.com meme don’t realize what message their “outrage” is actually sending. If they don’t agree that there are too many aborted, then they’d have to agree with the converse of that statement: Not Enough Aborted. Now that’s racist.