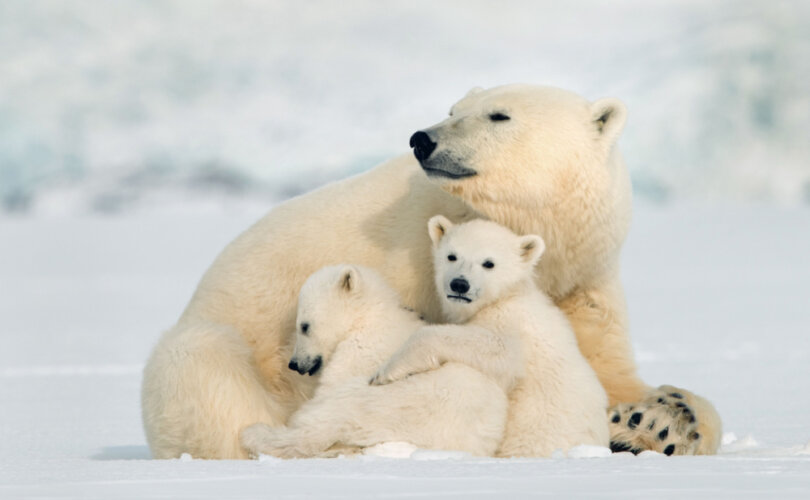 (LifeSiteNews) – For years, it has been claimed by climate zealots that the poor fuzzy polar bears were on the brink of extinction because of Climate Change, which was formerly called Global Warming, and before that Global Cooling.

However, recent information from the Canadian Arctic flies in the face of claims of a polar bear calamity waiting for us around the corner.

Blacklock’s Reporter published a piece highlighting research coming out of the Canadian Department of the Environment.

According to the report, “Science and Inuit Quajimajatuquangit (traditional knowledge) are now observing higher numbers of polar bears and the management goals are more focused on maintaining or reducing numbers … ”

It is interesting that “Science” chimed in on the polar bear issue. I was under the impression that Anthony Fauci only cared about viruses and vaccines.

Reread that statement for a second. Science and the native people of the Canadian arctic are now grappling with an overpopulation of polar bears, and now are focused on reducing numbers.

Are we allowed to kill an endangered species?

Maybe you remember that video that went viral a few years ago showing a downtrodden and emaciated polar bear on the brink of starvation.

It was a video from the Canadian Arctic, and the Guardian titled the clip “Starving polar bear video exposes climate change impact.”

On YouTube alone, the video and other renditions received millions and millions of views. I was teaching in high school at the time, and the students were all telling me about the poor polar bear who was being killed because of human activity in the wilderness and because of a planet about to boil.

Fast-forward to 2020, and while the world was locked down for the biggest medical scam in history, BBC News ran a story stating that polar bears were set to go bye-bye “within decades” because of climate change.

The supposed devastation of the noble polar bear fit nicely with statements that failed presidential candidate Al Gore made in 2006.

Well, like with literally everything that is ever said – ever – by the mainstream zeitgeist, it turns out that that lonesome starving polar bear was not evidence of a trend of a growing starvation or extinction of polar bears. And it also turns out that polar bear populations in Canada are growing at a rate so high that they are becoming a nuisance.

The man who took the video of the sick polar bear spoke to CNN five years ago about his experience filming the bear. What he told the reporter did nothing to buttress the narrative that surrounded the video, and in fact, the things he said contradicted the narrative.

He told the host that that particular bear was merely one of the many bears he and his team observed that day. They saw bears of all sizes, he said, and even admitted that he cannot say that the sickly bear was killed by climate change.

It was funny to watch the host try her best to get him to blame the whole affair on Al Gore’s unfulfilled prophecies. Alas, it was just a sick and hungry bear in the wild.

You see, I am not sure if leftists know this, but animals don’t live forever, and they sometimes get sick and die.

In fact, I bet if you followed literally every single bear on earth, you would find that the vast majority get really skinny and weak by the end of their lives, and then die. This is what happens to wild animals. They aren’t house cats or emotional support dogs. They live in a world where they have to hunt food, and they are also mortal beings with bodies that grow weak with age. So, when they are old and weak, they can’t hunt, so they die of starvation or disease brought on by malnutrition.

Take a look at the video of the sickly polar bear. You will notice he had a lot of foam coming out of his mouth.

Now, I am no expert, but I have it on good authority that there are diseases that afflict wild animals that cause them to foam at the mouth and die, one of them being rabies.

Maybe the leftist climate zealots are concerned that the fuzzy diseased polar bear didn’t get to die via lethal injection, what we used to call “putting down” an animal, and what is now called “dying with dignity” for humans.