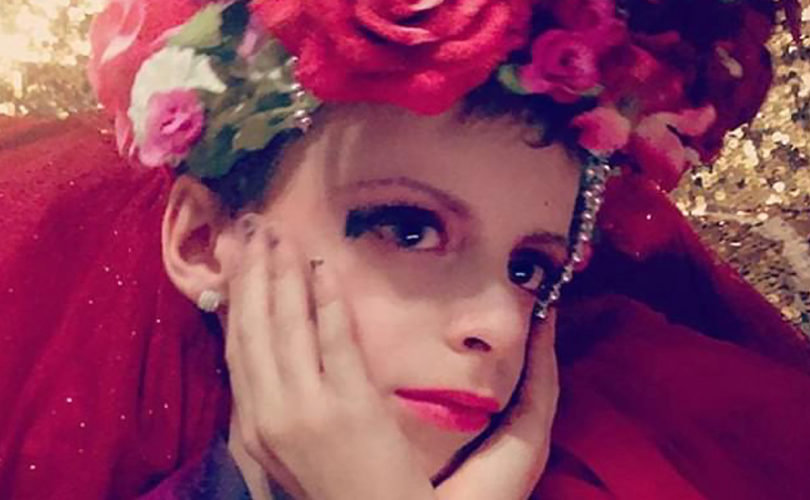 MARCH 29, 2019 (LifeSiteNews) — Increasingly, I find myself searching, often fruitlessly, for that once clearly discernible line between compassion and indulgence. The line still exists — it’s a principle etched into the fabric of creation — but bogus benevolence has so obscured the line most now seem to be unaware of it.

So here’s a quick refresher from Dictionary.com.

Compassion: “a feeling of deep sympathy and sorrow for another who is stricken by misfortune, accompanied by a strong desire to alleviate the suffering.”

Indulgence: “satisfy(ing) or yield(ing) freely to a desire or interest.”

As with so many admirable characteristics, compassion carried to an extreme becomes the dangerous mutation called indulgence. Case in point: Desmond Napoles’ parents’ compassion for different lifestyles that morphed into indulgence of their young son’s fantasies.

Desmond, whose stage name is “Desmond Is Amazing,” claims he “came out of the closet” at age three. It’s only coincidence, I’m sure, that his parents began taking him to drag-queen shows when he was two. (Which came first, Desmond’s fantasies or his parents repeatedly exposing him to a bizarre fantasy world?)

Desmond, who happily boasts of his efforts to gain “rights” for the LGBTQ community, now profits handsomely from his public appearances and from his new line of clothing for “drag kids.” That’s a cozy symbiotic relationship.

So back to that diminishing line between compassion and indulgence: Allen West aptly distinguished the line when he wrote, “Of course we have compassion. We just don't believe the safety net should be used as a hammock.”

We cross the line between compassion and indulgence when we misidentify laziness or licentiousness for grace. Why did Jesus tell Peter we should forgive our wayward brother or sister 70 times seven but then told the woman caught in adultery — whom He did not condemn — to “go and leave your life of sin?”

We are indeed a fallen race, prone to choose self-service over magnanimity. If nobility came naturally, Jesus would not have had to remind the religious teachers of his time to love God and one’s neighbors. We are, as Eliphaz said in one of his more astute observations to his burdened friend Job, “born to trouble as surely as sparks fly upward.”

So, in this fallen world, we must extend grace to one another. But in any situation, grace can be exploited. My neighbor might forgive my transgressions 490 times or more, but if he fails to confront me about my misdeeds, he does me no favors. Remember that the passage so frequently stated in the New Testament about loving one’s neighbor is drawn from Leviticus 19.

The Leviticus passage is surrounded by behavioral restrictions. In the midst of numerous and sometimes harsh communal commandments come these admonitions: “Do not do anything that endangers your neighbor’s life. I am the Lord. Do not hate a fellow Israelite in your heart.

Rebuke your neighbor frankly so you will not share in their guilt. Do not seek revenge or bear a grudge against anyone among your people, but love your neighbor as yourself. I am the Lord.”

Loving one’s neighbor requires that we rebuke him when he is clearly wrong. If we fail to do so, we have just blurred that line between compassion and indulgence.

Yes, in this fallen world, we need the compassionate grace of forgiveness. But we also need the legitimate love of correction when we are wrong. And we need to help our neighbors — such as Desmond Naples’ parents — to understand the difference between the two.