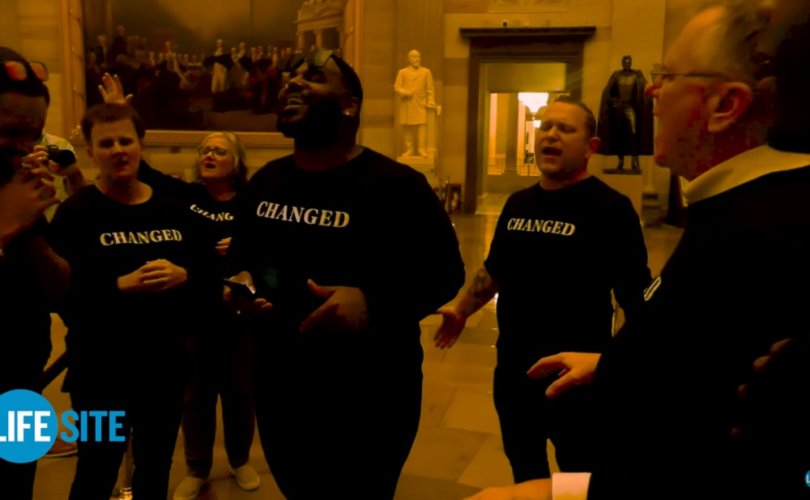 WASHINGTON, D.C., June 15, 2020 (LifeSiteNews) — Last fall, a truly extraordinary event took place in the magnificent rotunda of the United States Capitol, which now stands in stark contrast to — if not judgment of — today’s U.S. Supreme Court ruling reinterpreting Title VII of the 1964 Civil Rights Act to include sexual orientation and gender identity.

In November, former gay, lesbian, and transgender men and women had come to the nation’s capitol to urge members of Congress to oppose the so-called “Equality Act” and the “Therapeutic Fraud Prevention Act” that would prevent others from seeking help to escape homosexual and transgender lives.

Some members of the group had previously submitted an amicus brief hoping to dissuade the court from ruling as they did today, essentially requiring employers to affirm gender confusion. The people who had formerly identified as LGBT told the court that “indulging the transgender concept will harm those whom it is intended to benefit.”

After today’s Supreme Court decision, their earnest entreaty to the justices, their wisdom drawn from experience, and their earnest prayers are more important than ever.

“I repent for the lies that we have believed as far as who we are,” prayed a woman who had lived as a “man” for many years but is now restored to her true identity. “Lord, we bought into the lie that you didn’t create us good enough. That we should have been something else.”

No other fount we know
Nothing but the Blood of Jesus.
Death is defeated, the King is alive.

The hour-long spontaneous prayer erupted at the end of a tour of the historic building led by U.S. House members Doug LaMalfa (R-Calif.) and Louie Gohmert (R-Texas), pro-life champions and defenders of religious liberty.