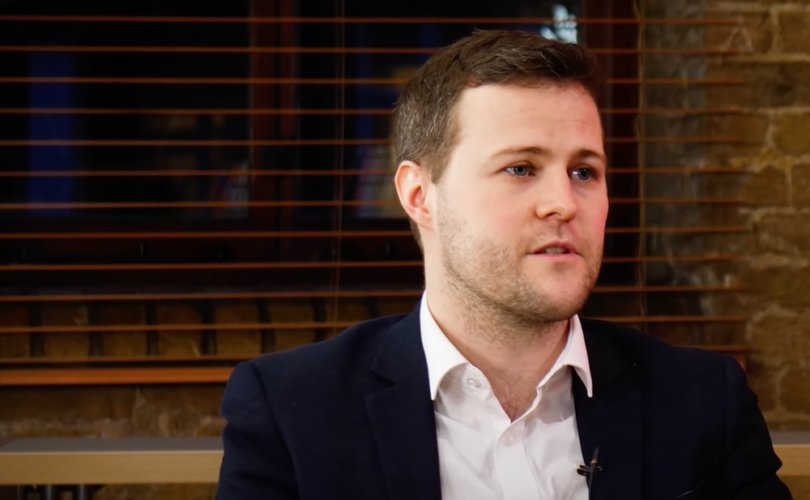 (LifeSiteNews) – U.K. pro-lifer, doctor, and ethicist Calum Miller is one of his country’s most eloquent defenders of pre-born children. I first came across his work after he brilliantly defended the Texas Heartbeat Act in an almost entirely hostile BBC interview (he came on my podcast to discuss his work shortly thereafter). Recently, Dr. Miller published a paper in the Ethiopian Medical Journal, the official journal of the Ethiopian Medical Association. Counter to the claims of abortion activists pushing to decriminalize abortion around the world, Dr. Miller’s research illustrated that legalizing abortion did nothing to prevent morbidity and mortality from illegal abortion, but actually made the problem worse.

Dr. Calum Miller laid out his findings in an interview.

What made you embark on this study?

I first got interested in this topic because I often heard the claim that banning abortion won’t save any babies, but it will kill women. Now of course banning abortion saves babies – that is as empirically settled as anything could possibly be – but it’s still heartbreaking that women die from illegal abortions. I noticed that most pro-lifers have a principled response – even if women die from illegal abortions, unborn babies are human beings and therefore deserve legal protection. That’s true, but I began to notice that we were conceding the empirical claims too easily – and in fact, as I began to read more, I found that they were almost always false. But very few academics had looked into this in detail. So I wanted to look at a modern-day example in detail and see whether legal abortion had delivered on its promises – unfortunately all it achieved was more lives ended and more women hospitalised.

In your view, what were the most significant findings?

The first and most simple conclusion is that legalising abortion did not reduce the number of women dying from abortion. In fact, there is some evidence it led to more women dying. This is in line with the experience of almost every other country. Secondly, legalising abortion didn’t even reduce the number of women having illegal abortions – the number of illegal abortions actually increased, while the number of legal abortions skyrocketed. Thirdly, the severity of the complications women had increased dramatically when abortion was legalised. The proportion of women admitted to intensive care tripled. And in the following years, there was a further 50% increase in severe complications, and the proportion of women with organ failure quadrupled.

What findings debunk the mainstream narrative regarding abortion?

The mainstream narrative is that when you legalise abortion, women stop having illegal abortions, and don’t die as a result. This is a dangerous myth which harms women. Within months of Argentina legalising abortion, a leading abortion advocate died from an abortion. Her life mattered infinitely, and it was a tragedy that she was misled by other abortion advocates propagating these myths. What I found in the Ethiopia study is that – as in many countries – legalising abortion doesn’t reduce illegal abortions; it only increases legal ones in addition, putting more women at risk. The Royal College of Obstetricians and Gynaecologists in England actually debunked all these myths back in 1966, but sadly they and other organisations have turned to propagating this misinformation.

What has the response to your study been?

It’s still early days. The reception has been positive and I know that some doctors in Ethiopia are beginning to examine the evidence carefully as a result. But perhaps the most significant thing is that no one has yet questioned the empirical claims. So hopefully this will help other developing countries to have an evidence-based and critical conversation to abortion, rather than being told what to do by international authorities.