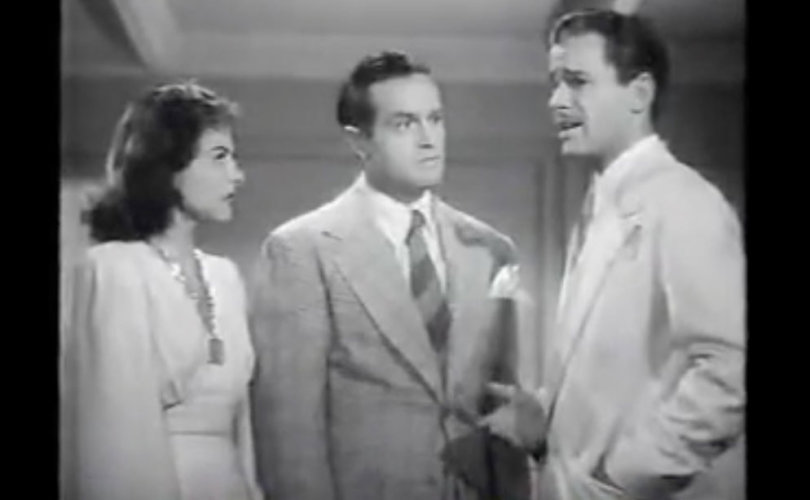 July 27, 2016 (LifeSiteNews) – There was a ton of well-deserved criticism about what took place and was said at the recent Republican convention. It was probably the worst in recent memory.

However, I could barely stomach more than a few minutes at a time watching the now on-going Democratic convention. Oh my, I don't understand how all those delegates can be so infantile and without a shred of common sense, self respect or shame reagarding what is being said and applauded by seemingly mindless automatons at that convention.

It is frightening to think that a  president of the United States may come out of that convention of, shall we say, “zombies”.

I just came across this video clip of Bob Hope on a Facebook post. Back when he made his zinger comment, it was in total jest. I have no doubt that were he alive today, Hope would not believe that his joke would actually be so much closer to reality than it was in his time.

Then there were the very frank comments yesterday by Rush Limbaugh about Democrat Psychosis on display. I am sorry, but I have to agree with much of what he said about this insane event.

Read the full commentary, which I think is well worth reading, here. For now, following are a few excepts:

“I watched the Democrat convention, I watch all of these kind of things that we saw last night, like this year's convention.  I watch them now with a different perspective than I used to.  I used to watch these and gather material that I could use to be funny, to be informative, to be entertaining, while at the same time condemning what I thought was worth being condemned that might be said or was said at any of these conventions.  But the central focus was to laugh at it, it's so ridiculous.  What we hear from the modern Democrat Party is ridiculous.

But, as I say, I now watch with a different perspective.  I watch with a lot of sadness.  I watch this lunacy that we saw last night, and if you didn't watch it, don't worry, you'll get enough of a flavor for it after I finish the program today. You'll know.  It was sheer lunacy.  A lot of it was delusional and deranged.  A lot of it was unhinged.  The reason that I watch it with sadness is the realization now that close to 50% of the people in this country who vote eat it up.

They love it.  They applaud it.  They think that it is great.  There's no critical thinking.

I used to confidently laugh. I used to believe that nowhere near a majority of people are gonna fall for the garbage that makes up a Democrat convention and what you hear from the podium.  It isn't the case anymore.

I now watch this stuff and cringe.

People that vote Democrat are some of the most depressed people you'll run into.  They're some of the angriest people you'll run into, despite — in these last 7-1/2 years — getting everything they want, everything they thought would lead them to their utopia.  But by their own admission at their own convention last night, they're no closer to utopia than they've ever been.  And they're never gonna get there because it isn't possible. “