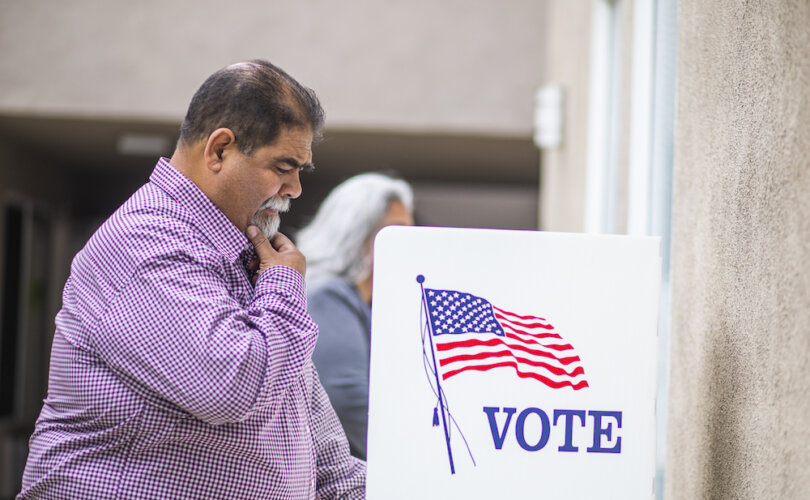 (LifeSiteNews) – It would be dangerous to assume that the predicted red wave will actually materialize next Tuesday, but already progressive commentators are both a) attacking the GOP as extremist on social issues in an attempt to smear them prior to the election and b) increasingly admitting that it is Democratic extremism on social issues that is eroding their support.

Left-wing Politico claimed that the GOP is playing a vicious game in which they literally attack children for votes:

Ads targeting transgender children have spread in at least 25 states across the political spectrum — from Texas to Illinois to Michigan — in the last month, according to the Human Rights Campaign. America First Legal has made more than $4 million in radio buys across Atlanta, Philadelphia, Pittsburgh, Cleveland and Detroit — cities in competitive states with significant Black populations. The radio ad features a man speaking over ominous music, claiming that children have been pushed to take puberty blockers and get gender-affirming surgery.

“The Biden administration is pushing radical gender experiments on children,” the narrator says in the original radio spot. “Tell Joe Biden and left-wing leaders across America, ‘Hands off our kids.’”

That framing is taken directly from transgender talking point directives. GOP candidates and operatives are not “targeting transgender children” — they are speaking out against “sex change” surgeries, cross-sex hormones, and other irreversible “treatments” for minors as a wave of de-transitioners takes the stage to decry what they endured as children. This is precisely the opposite of “targeting children” — it is protecting them from lifelong medicalization and medical interventions that will eliminate their ability to ever have children before they are old enough to vote for those enabling and supporting these things.

The reason the media is so concerned about these campaigns is because they’re working. Politico noted that mailers on the Democratic gender agenda were being sent to black and Hispanic households; The Atlantic recently sounded the alarm in a long-form story in which veteran Democratic operatives stated that the party’s social radicalism is destroying a lifetime of work bringing Hispanic voters into the Democratic fold:

Democrats like Teixeira believe that the party has become culturally detached from Hispanic voters, moving too far left on issues such as immigration, policing, and transgender rights. Democrats like Odio say the real problem is a “class disconnect” in which Democrats are catering to the cultural concerns of economically secure whites at the expense of the pocketbook priorities of working-class Hispanics.

The political ads target voters who are socially conservative but typically vote Democrat:

“Left-wing leaders are pushing radical ideas in school,” a spot from Citizens for Sanity that started airing Friday says, halfway through a one-minute spot that also hits on inflation and immigration. “They tell children that boys are girls and girls are boys. They promote drugs to stop puberty, even surgery to remove body parts. These are not Latino values.”

GOP ads warning voters of the Democratic transgender agenda are rooted in solid data indicating that the American public is increasingly opposed to this extremism. According to one recent poll, 65% of participants “believe the transgender movement has gone too far by encouraging underage minors to use drugs and surgery to transition to the opposite sex,” with only 21% disagreeing with that statement.

Another recent poll by Trafalgar and the Convention of States Action conducted among 1,079 voters found similar results. In response to the question “Do you believe underage minors should be required to wait until they are adults to use puberty blockers and undergo permanent sex change procedures?”, 78.7% said that minors should wait with only 21.3% disagreed.

While the vast majority of Republicans – 95.8% – agreed with the statement, more than half – 53.2% – of Democrats concurred, as well. Independents were strongly in the GOP camp on this issue, with 84.6% saying children should wait and only 15.4% disagreeing.

In short, the Democrats may realize next week that going all in on their socially radical agenda — with Joe Biden sitting down with a transgender activist to accuse the GOP of being “immoral” for opposing policies that a huge majority of Americans also oppose — has backfired.