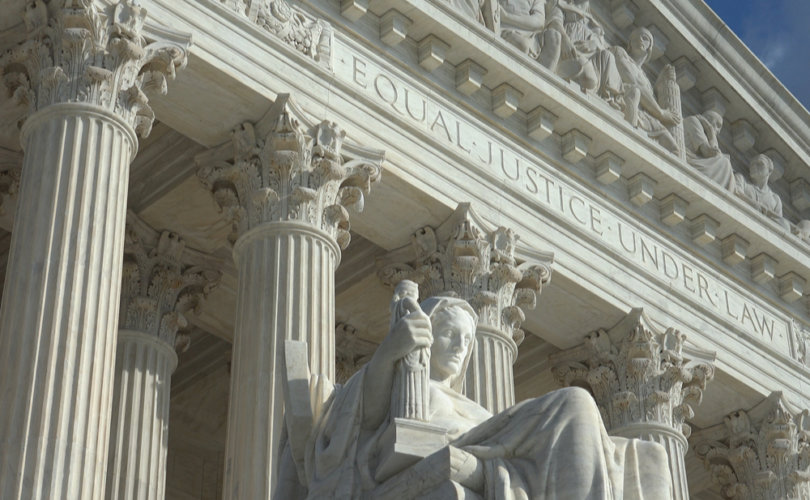 September 23, 2020 (LifeSiteNews) – During her confirmation hearings in 1993, Ruth Bader Ginsburg did something unprecedented: She openly endorsed legal abortion, something no nominee had ever done.  “It is essential to woman’s equality with man that she be the decisionmaker, that her choice be controlling,” Ginsburg told the Senate Judiciary Committee. “If you impose restraints that impede her choice, you are disadvantaging her because of her sex.”

Despite that, she was confirmed 93-3. Republicans joined their Democratic colleagues in sending Ginsburg off to the bench.

Contrast that with the Robert Bork hearings six years previously, when Democrats had launched a brutal attack on the Reagan nominee. “Robert Bork's America is a land in which women would be forced into back-alley abortions, blacks would sit at segregated lunch counters, rogue police could break down citizens' doors in midnight raids, and schoolchildren could not be taught about evolution,” Ted Kennedy said. Joe Biden, who was running the Senate Judiciary Committee, even suspended his scandal-plagued presidential campaign in part to ensure Bork’s defeat.

Reagan withdrew Bork’s nomination and instead put forward Anthony Kennedy, the Supreme Court’s “swing vote” who would uphold abortion rights, author the majority decision in Obergefell v. Hodges, and dash any hopes that the Court would decline to redefine America. Kennedy was right: If Bork had been on the Court, America would be a very different country.

Just two years before, the Democrats had attempted to do the same thing to Clarence Thomas, whom they opposed due to his pro-life views. At a July 1991 conference of the National Organization for Women in New York City, activist lawyer Florynce Kennedy announced of Thomas: “We’re going to ‘bork’ him.” Like clockwork, Thomas was accused of sexual impropriety, and it almost derailed his nomination. President George H.W. Bush stood by him, and as Joe Biden hosted the circus, Thomas responded furiously to the accusations, which he denied in their entirety:

This is a circus. It's a national disgrace. And from my standpoint, as a black American, it is a high-tech lynching for uppity blacks who in any way deign to think for themselves, to do for themselves, to have different ideas, and it is a message that unless you kowtow to an old order, this is what will happen to you. You will be lynched, destroyed, caricatured by a committee of the U.S. Senate rather than hung from a tree.

Thomas, unlike Bork, survived the Democratic gauntlet and took his seat on the Supreme Court. Decades later, a similar scene played out again when Anthony Kennedy vacated his seat and President Trump nominated Brett Kavanaugh. The Democrats swung into action, terrified that Kavanaugh would be the new swing vote that might roll back abortion rights. Kavanaugh was accused of everything from sexual assault to serial gang rape. Only his emotional speech in his own defence saved his nomination. Bork’s seat was finally filled.

In short, Democrats have seen the Court as an essential tool in the fight for legal abortion for decades, while the Republicans have not. The Democrats destroyed Bork’s shot at a seat on the Supreme Court, and attempted to do the same thing to Thomas—both primarily because of their pro-life positions. A few short years later, the Republicans were sending Bill Clinton’s nominees sailing onto the Court—despite the fact that both were staunch supporters of abortion.

Republicans are now finally recognizing that the Democrats have been holding up norms and decorum while making a complete mockery of the process because what the Democrats did to Kavanaugh was so egregious. That is why Lindsey Graham is now refusing to play by Democrat rules. That is why Josh Hawley is calling on GOP senators to decline any justice not explicitly opposed to Roe. The Democrats have been winning the war over the Supreme Court for decades while the Republicans, for the most part, obediently played along.