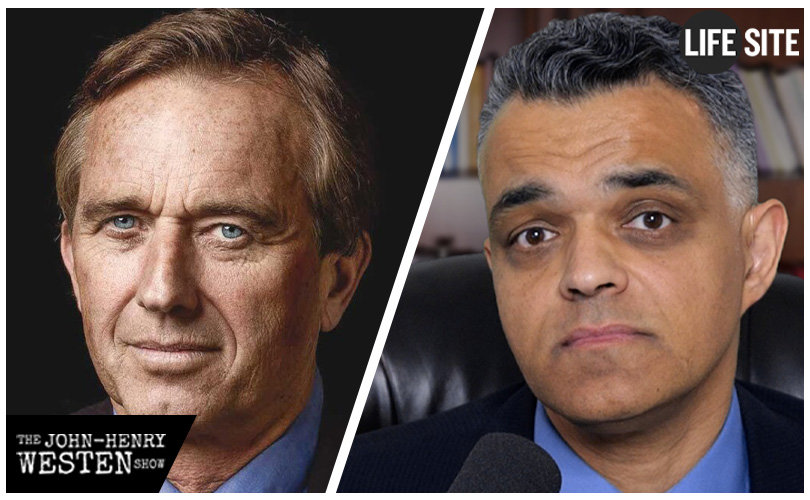 (LifeSiteNews) — Today I spoke with none other than Robert F. Kennedy Jr. about his brand new book, The Real Anthony Fauci: Bill Gates, Big Pharma, and the Global War on Democracy and Public Health.

To say the very least, my discussion with the man commonly referred to as “RFK Jr.” was as explosive as they come. He told me Fauci is a “monster” who funded some of the most grotesque human experiments conceivable, and that he has all the evidence needed to show that’s the case.

Among other things, Kennedy, who runs the non-profit Children’s Health Defense, told me that one of the projects Fauci supported involved the cutting off the scalp of aborted babies and then grafting them onto rats. He also said that Fauci performed barbaric experiments on children and pregnant women, and that he “almost always tried to do his experiments on black and Hispanic people.”

“Africa really became a laboratory for Tony Fauci,” he said.

Kennedy relied on what he called a “team” of fact-checkers, including doctors and scientists, to compile his book, which has over 2,200 footnotes. Every accusation he brings up about Fauci, whom he calls “extremely sadistic,” is thoroughly cited, he said.

I wanted to know what Robert thought was the most important revelation to come out of his book. He said people need to be aware that the intelligence community has been preparing for COVID-19 for decades, and that simulations involving the very events happening today were practiced many times before.

They’ve been “planning” this “coup d’état” against democracy under the pretext of a “pandemic” for a long time, he explained..

Kennedy also shared with me a great deal of insight on how the military industrial complex, the CIA, the media, and the pharmaceutical industry coordinate together, and how they’re trying to “control the population” and “transition [us] to a police state permanently.”

I told Robert that many people find it hard to believe that money and profit are put ahead of the lives of actual Americans by men like Bill Gates and Anthony Fauci. He said the “culture” of the industry is so imbued by that mentality that even if Fauci does go down, the corruption of the institutions is such that only someone at the very top could reform it all, which is extremely unlikely because the people who run them are almost always chosen from the inside.

Kennedy concluded our discussion by advising people do something every day that helps raise awareness about what is really going on in America. He urged LifeSite viewers to build “alternative” schools, media outlets, medical systems, and other “shadow institutions” in order to “re-establish our constitutional rights in this country” and “reclaim our democracy.”