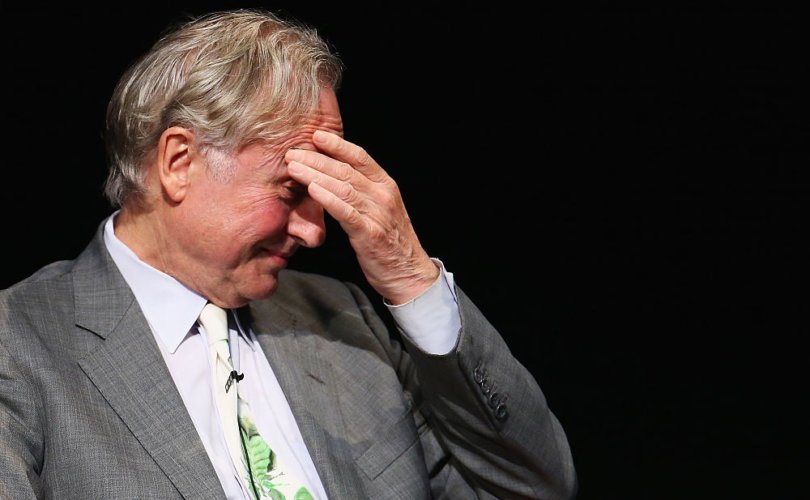 February 17, 2020 (LifeSiteNews) – Last fall, the BBC aired a chilling and brilliant two-part documentary titled Eugenics: Science’s Greatest Scandal. In painful detail, the documentary told the stories of children scooped off the streets and locked in asylums for life because they were considered imperfect, of asylum inmates having their babies forcibly aborted because the doctors deemed them to be mentally incompetent, and of the appalling devaluing of human life that came from the policies of eugenics first pioneered by Sir Francis Galton, who was inspired by the work of his cousin, Charles Darwin.

Eugenics, which was practiced far more widely in both Great Britain and in North America than most realize, was the idea that the selective breeding of human beings could produce a better species. This could be done by ensuring that the best specimens produced many children, and conversely making sure that those considered less than perfect did not (eugenics is Greek for “good birth.”) These practices, understandably, fell out of favor when the Third Reich implemented them on a state-wide scale and added the practice of wide-scale extermination to forced sterilization. It is a scarcely mentioned fact that it was Sir Francis Galton who first proposed the idea of benevolent concentration camps of a kind as a place to put populations of people deemed unsuitable for breeding.

To my surprise, the BBC documentary also addressed the fact that abortion is being used as a new eugenic tool, with the vast majority of children diagnosed with Down syndrome in the womb being killed before they see the light of day. Galton has fallen out of favor, but his spirit lives on in Marie Stopes abortion clinics across the U.K. Stopes, incidentally, was also a radical eugenicist as well as a virulent racist. Fortunately for her, abortion activists are impervious to cancel culture, as their legacies are simply too important to be dispensed with.

For some strange reason, famous anti-theist and author of The God Delusion Richard Dawkins decided to resurrect the eugenics debate this weekend, tweeting on February 16 that “It’s one thing to deplore eugenics on ideological, political, moral grounds. It’s quite another to conclude that it wouldn’t work in practice. Of course it would. It works for cows, horses, pigs, dogs & roses. Why on earth wouldn’t it work for humans? Facts ignore ideology.”

As the outrage began to spread across the Twittersphere, he added a few hasty clarifications: “For those determined to miss the point, I deplore the idea of a eugenic policy. I simply said deploring it doesn’t mean it wouldn’t work. Just as we breed cows to yield more milk, we could breed humans to run faster or jump higher. But heaven forbid that we should do it.”

Heaven forbid, indeed. It appears that even an atheist must appeal to a higher power when he wants to condemn something heinous. “A eugenic policy would be bad,” Dawkins went on. “I’m combating the illogical step from ‘X would be bad’ to ‘So X is impossible.’ It would work in the same sense as it works for cows. Let’s fight in on moral grounds. Deny scientific facts & we lose—or at best derail—the argument.” He did not explain why it was so important to resurrect a debate about whether the selective breeding of human beings would work, or why he decided to do so.

There is, of course, a very good reason that people are so outraged by Dawkins’ assertion, and that is because, despite his protestations, he has come out as a champion of eugenics in the past. At one point, he tweeted that “Abortion to avoid birth defects is not about eugenics. It’s about the avoidance of human suffering.” He ignored the fact that this is one of the key arguments that the eugenicists—including the Nazis—used to justify their mercy killings. History is clearly not his strong suit.

Even more brutally, back in 2014 Dawkins responded to a question from a Twitter follower about what to do if a baby in the womb is discovered to have Down syndrome by saying “Abort it and try again,” following that up with the admonition that “It would be immoral to bring it into the world if you have the choice.” By “it,” Dawkins meant the baby with Down syndrome, and he vigorously defended his position as disability activists responded in horror. This exchange cuts right to the heart of the problem: When an atheist advocates that we should oppose eugenics on “moral” grounds after having previously stated that not killing your pre-born child if he or she has Down syndrome is “immoral,” we might be understandably concerned that Dawkins’ moral compass might not be particularly trustworthy.

The fact is that if one believes Heaven to be empty, as Dawkins does, there really is no morality to guide our actions. Dawkins himself proves this with his repulsive view of people with Down syndrome and other disabilities. Thus, “moral” and “immoral” become, for godless men like Dawkins, arbitrary terms that can be applied to practices they do not prefer. Dawkins can say that eugenics is “immoral,” but also say that it is “immoral” not to abort a child with Down syndrome. The God of Heaven does, in fact, forbid such brutality, but Dawkins does not care—even though the occasional Freudian slip does have him appealing to the divine authority. Instinctually, perhaps, even Dawkins realizes that for there to be a moral law at all, we must have a lawgiver—and only then is every member of the human family safe from the spinning moral compasses of men like himself.