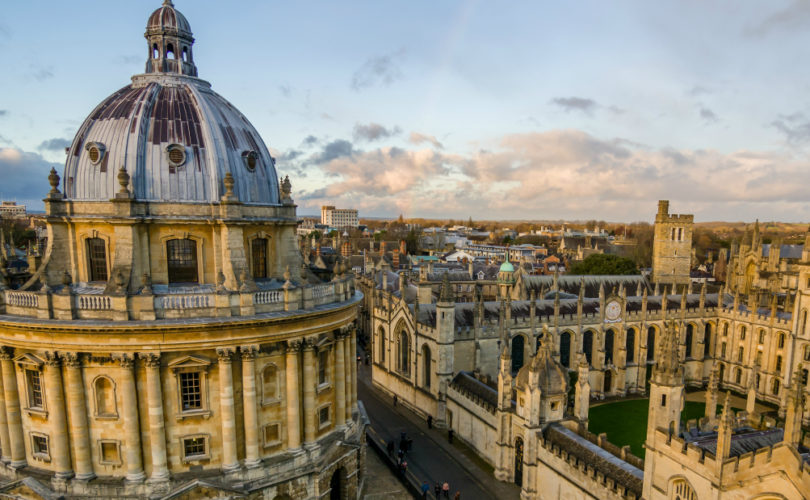 June 12, 2020 (LifeSiteNews) – A lot of academic subjects have been infected with political correctness. Today, we are seeing on the streets and in the newsrooms some of the consequences.

Not only are activists defacing and toppling statues of the kinds of people their university lecturers dismissed as “dead white males,” but they are being defended by journalists and politicians.

The defacement of the statue of the man who, more than anyone else in Europe, opposed Fascism, Winston Churchill, and the memorial of the men and women who died in their tens of thousands for this cause, the Cenotaph in London, is not about opposing “racism” and “fascism.” It is about denigrating and removing from public view manifestations of the “Western Civilisation” that has been denigrated and reviled, especially in second-rate academic institutions, for the last 30 years.

Some academic disciplines have fared better than others. One of the least affected, Classics, is now under sustained attack by people who regard the whole idea of the study of ancient Greece and Rome as intrinsically problematic. I don’t think this is primarily about the colour of ancient Romans’ skins, and efforts by trendy Classicists like Dr. Mary Beard to point out (correctly) that ancient Rome was ethnically diverse, and that a black officer in Roman Britain was perfectly possible, will not be enough to get the activists off their backs.

We can look forward to a lot of self-flagellation by Classicists in an unavailing attempt to establish their woke credentials. Here’s a strange passage from an otherwise rather sober and interesting blog post by the New Zealand Classicist Peter Gainsford:

The modern history of Greco-Roman texts is brutally colonialist, to an almost comical extreme. ‘Classics’ as a field is practically the archetype of a field that is white, male, and parochial. ‘The glory that was Greece, and the grandeur that was Rome’ (Edgar Allan Poe) is still a cornerstone of how these cultures are perceived: it’s no coincidence that people like Steve Bannon and Boris Johnson are enthused about Greek antiquity, and that white nationalists are obsessed with ancient Sparta.

Oh dear, the Classics is tainted by association with UK Prime Minister Boris Johnson! It’s OK, though, because when Johnson caused a minor sensation by an impassioned impromptu recitation of Homer on live TV (the clip from 2013 suddenly went viral earlier this year), the queue of Classicists distancing themselves from him was a mile long.

The irony is that the Classical civilisations, their history, literature, art, and philosophy, are an example of how a culture can be admired from the outside. Not many of the peoples who took part in “Classical civilisation” have identifiable descendants today. The people who, from the very beginning, were fascinated imitators of the “glory that was Greece, and the grandeur that was Rome,” were the barbarian invaders and their descendants, people living in places named after the Germanic tribes who destroyed the Roman world: Germany, France, England, Lombardy …

This isn’t good enough for Gainsford: he ridicules a Greek textbook:

According to this widely used textbook for learning ancient Greek, published by Oxford University Press, slavery was benign, and enslaved people were ‘lively and cheeky characters’. (Balme and Lawall, Athenaze, 3rd edition 2016, ch. 2)

Never mind that what the book actually said (in the very image of the text Gainsford himself provides) that “Aristophanes’ comedies depict them as lively and cheeky characters.” Is it so very inappropriate for the stories in children’s textbook to take their tone from classical literature itself? No doubt it is. Aristophanes can only today be seen as an apologist for injustice. No one is allowed to smile at his jokes anymore. The new Puritans don’t do humour.

Christian scholars of the Classics have always had to be able to appreciate what was impressive and noble in the ancient world without closing their eyes to what was barbaric. The Romans persecuted the Church. The Carthaginians sacrificed infants to Moloch. St Augustine lambasted his society for tolerating the sexual exploitation of female slaves. The enemies of the Church have taken inspiration from some of the least pleasant aspects of those civilisations, such as Voltaire’s interest in the anti-Semitic outbursts of Cicero. None of this means that we can’t try to understand and appreciate what was good about them, and its continuing influence on our own societies.