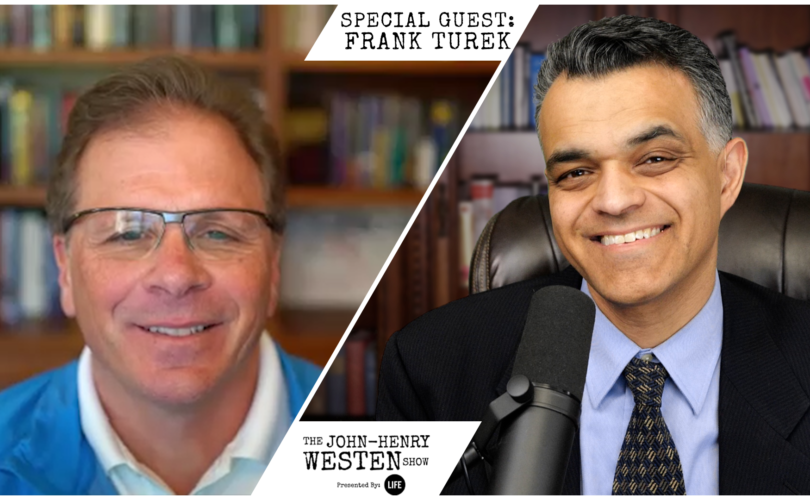 Mach 18, 2021 (LifeSiteNews) — Pete Buttigieg tried to win over Christian voters when he ran for the Democratic nominee for president in 2020. His campaign made explicit references to the Bible on numerous occasions, even though the policies he ran on were radically opposed to Christian moral teaching.

In many ways, Buttigieg’s campaign paved the way for the new approach the Democratic Party is taking with Christian Americans. I wanted to learn more about how exactly they are doing this, so I invited Christian apologist Frank Turek on my podcast today. He often talks publicly about atheism but he’s also an expert on politics.

“When Amy Coney Barrett was up for a Supreme Court position,” he told me, “Senator Diane Feinstein said, ‘the dogma lives loudly in you.’ It was a very negative way of addressing her. However, when Joe Biden becomes president, the left treat him as a devout Catholic, even though he does not agree, at least when it comes to policy, with the Catholic Church.”

Turek says that Democrats know they need Christian voters in the 2022 mid-terms, so they’re running on a platform he calls “Woke Christianity,” which is, in reality, a false Christianity.

“They want to make sure that they get the Christian vote as much as they can, because if they really revealed the truth about what they believe as they spoke and as they governed, many Christians would not vote for them because they are pro-abortion, they're anti-family, they're pro-borderless.”

Turek told me that conservatives have been far too lenient when it comes to politics and that they need to be more bold in living out and preaching the Gospel.

“Conservatives tolerate the most intolerable things … Christians are not commanded to be tolerant. Christians are commanded to be loving. You see, tolerance is too weak. Tolerance says hold your nose and put up with them. But love says reach out and help them. And if you truly want to love somebody, sometimes you can't tolerate what they're going to do. Love does not require tolerance or approval. Love requires that you … tell them the truth, even if they don't like you for it.”