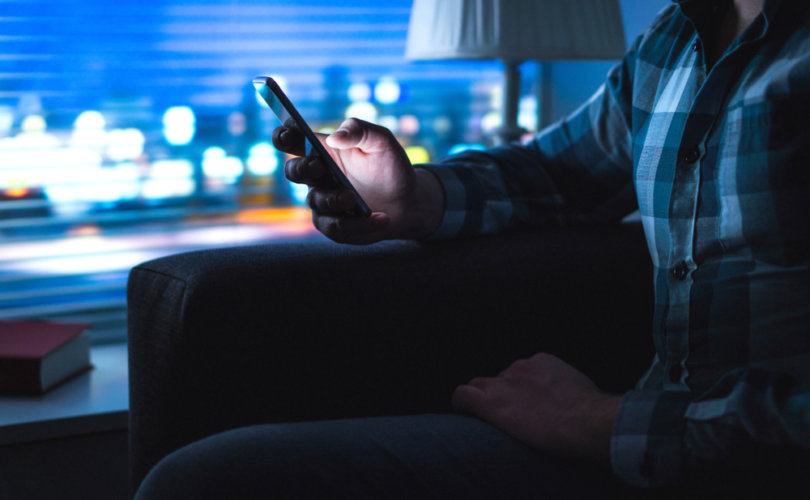 April 20, 2020 (LifeSiteNews) – Regular readers of this column will know that I have penned tens of thousands of words on the impact pornography has had on our society: The way it is mainstreaming sexual violence inside of romantic relationships; poisoning a generation of young people with vile ideas about sex; creating a spike in child-on-child sexual assaults; devastating the social bonds we depend on for our happiness.

In an interview with the Internet Watch Foundation’s podcast “Pixels from a Crime Scene,” Norfolk Police Chief Constable Simon Bailey, the officer in charge of national child protection, noted that the United Kingdom is the world’s third-largest consumer of child pornography—or, as the Metro put it, “online child sexual abuse.” Exposure to pornography at a young age can often lead men to seek out increasingly perverse versions of porn in their search for novelty (many studies have confirmed that pornography functions like a drug), and now digital pornography is creating a generation of pedophiles—men who are aroused by sex acts with children.

According to Bailey, these men have become “desensitised” to the digital pornography they initially used, and eventually begin to seek out illegal pornography featuring horrific sex crimes featuring the abuse of children. “They get to the point where there’s no pornographic material that is stimulating to them so then they start to explore what child abuse imagery might look like,” Bailey told the Internet Watch Foundation. “They start getting their kicks from that.”

As the Metro noted, Bailey’s warning “comes as the National Crime Agency warns that at least 300,000 people in the UK pose a sexual threat to children as paedophiles look to exploit the coronavirus lockdown.”

Bailey’s question is precisely the one we need to be asking: How much more are we willing to tolerate?

Digital pornography is ravaging society, and it is quite literally transforming ordinary boys and men into sexual predators. Is the so-called “freedom” to arouse oneself to images of people being degraded and abused onscreen worth the price we pay in sexual assaults, victimized children, broken marriages, and ruptured social bonds? Is the fictitious “right” to see girls and women beaten up and abused for sexual pleasure worth the destruction it reaps in human suffering and poisoned souls?

I don’t think so. I think that it is time we ban pornography—and that considering the alternative, that isn’t even a radical suggestion.