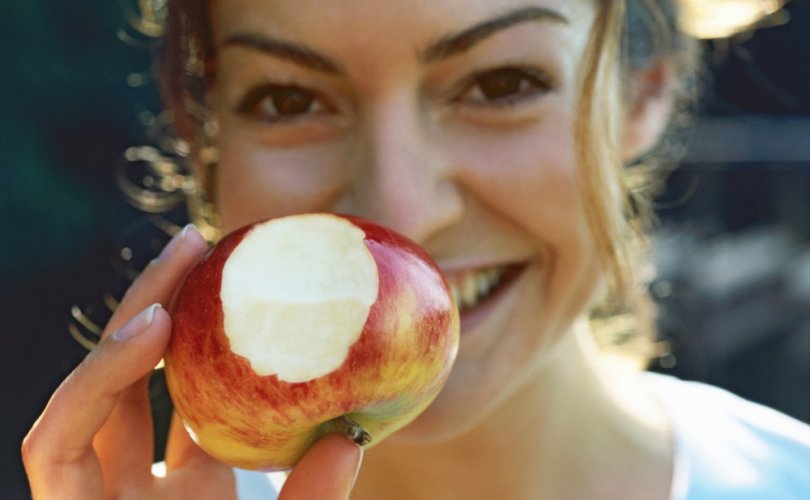 September 25, 2020 (LifeSiteNews) — The meltdown of the left over the passing of Ruth Bader Ginsburg was immediate and predictable. Viral videos circulating on Twitter show young women in hysterics, shrieking at their phones — one girl screamed that she hates those who are trying to stop abortions, and that she wished she’d been aborted herself. Another woman, who howled F-bombs with impressive lung power, berated the Notorious RBG for not hanging on just a little bit longer. The sheer force of emotion was slightly unnerving.

The reaction is ongoing, and it is getting sicker and stranger. Take, for example, Jamie Smith, a “40-something attorney and mother who lives in a quiet neighborhood with a yard and a garage full of scooters and soccer balls.” Smith is a normal person, she says: “I often walk with my children to get ice cream and spend weekends hiking through a national park.” But despite all that, the death of Ruth Bader Ginbsurg rocked Smith to her core and, she writes in the Huffington Post, “pushed me to join the Satanic Temple.”

“I am not the type of person who would normally consider becoming a Satanist, but these are not normal times,” Smith writes. “Our democracy has become so fragile that the loss of one of the last guardians of common sense … has put our civil and reproductive rights in danger like never before. And, so, I have turned to Satanism.”

I realize that this sounds like the sort of thing the Babylon Bee would write about abortion-supporters (perhaps to parody how Christians see abortion activists sometimes), but it helps to remember that the Satanic Temple has been fighting for abortion for some years now (they recently raffled a free abortion and declared abortion a “religious ritual”). It’s almost as strange as the effort to have witches curse President Trump, reported by the Los Angeles Times.

According to Smith, the Satanic Temple is one of the last lines of defense against “theocracy” and the pro-life movement:

Just like other faiths, the Satanic Temple has a code that their members believe in deeply and use to guide their lives. These Seven Fundamental Tenets include that “one should strive to act with compassion and empathy toward all creatures in accordance with reason,” that “the struggle for justice is an ongoing and necessary pursuit that should prevail over laws and institutions,” and that “one’s body is inviolable, subject to one’s own will alone.”

Reading through the Seven Tenets, I was struck by how closely they aligned with the unwritten code I had used to try to guide my own life for several years. I realized, happily, that these were my people and that I had been a Satanist for several years without even knowing it. When Justice Ginsburg’s death suddenly made combating the threats to reproductive rights and a government free from religious interference more urgent, I knew it was time to join them and support their conceptual and legal battles.

In fact, it is the Satanic Temple’s attempts to defend the abortion industry that really appealed to Smith:

By pointing out instances where the government has favored Christian rhetoric ― and filing legal challenges to stop it ― the Satanic Temple has transformed belief into action and has demonstrated what freedom fighting truly looks like. The Satanic Temple hopes to appear before the Supreme Court in a case challenging a Missouri abortion law that requires those seeking to terminate their pregnancy to first receive materials asserting that their abortion would end the life of a separate, unique person. The temple argues that these materials violate the deeply held religious beliefs of one of its members regarding bodily autonomy and scientifically reasonable personal choice. The argument the Satanic Temple is using is the same one the Supreme Court effectively endorsed in the Hobby Lobby birth control case, for which Justice Ginsburg wrote the dissent ― that no one should have to follow a law that violates their deeply held religious beliefs. If a Christian should not have to do so based on their religion, a Satanist should not have to either. This is what equality under the law means on a fundamental level.

In short, Smith writes, she joined the Satanic Temple for her young daughters. She now fears that their “right” to get an abortion is under threat, and the Satanists are fighting like Hell to ensure that abortion remains legal for her and for them. “I believe that the Satanic Temple — and its members’ dedication to fighting for true freedom — represents our best, last defense against anti-choice lawmakers[.]”

As the American republic tears itself apart over the right to kill children in the womb, the masks are coming off. A pro-abortion mother is now willing to ally with the Satanic Temple because their willingness to defend feticide represents “true freedom” — and write a long article in the Huffington Post explaining why. She has realized that she was a Satanist for years now but just never knew it — because the Satanic Temple perfectly encapsulates her pro-abortion worldview.

A few years ago, pro-lifers would have been mocked for claiming that there is any connection between the Satanic Temple and the abortion industry. Not anymore — now abortion activism is one of Satanism’s hottest selling points.

Jonathon’s new podcast, The Van Maren Show, is dedicated to telling the stories of the pro-life and pro-family movement. In his latest episode, he interviews Dr. Alveda King, niece of Martin Luther King, Jr. Alveda explains that she used to be pro-abortion but embraced the pro-life message when she became a born-again Christian in 1983. “The African-American community is a very politically loyal community,” she said. “However, many African-Americans today are supporting President Donald John Trump because of his stand for life, because of his economic support.” You can subscribe here and listen to the episode below: