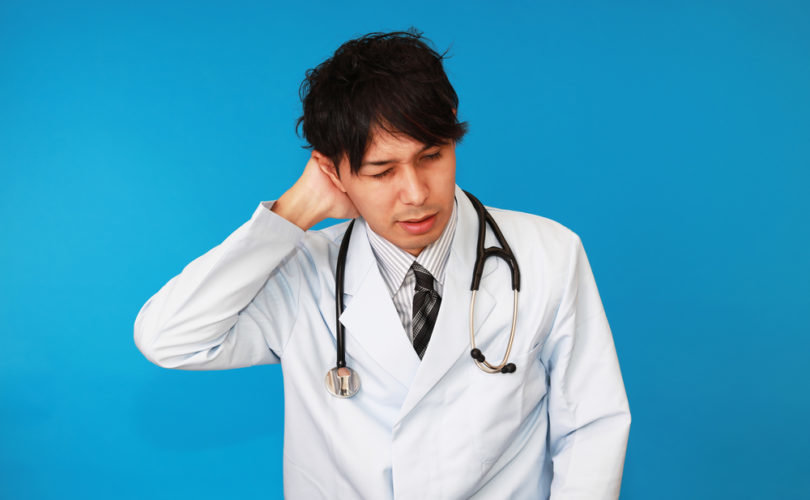 Ladies and gentleman, a lovely example of the post-modern man. (Stock photo)

Jan. 18, 2015 (LifeSiteNews) – Every once in a while, I read something that strikes me as microcosmic of how ridiculous much of our society has become. While we’ve made incredible advances in so many fields, we seem to have forgotten the basic, instinctive knowledge that humanity once possessed as our birthright.

Knowledge, for example, like the fact that sex makes babies.

One fellow at the University of Calgary—he was in third year philosophy, I think—approached me at a pro-life display and demanded to know what he was to do if he got a girl pregnant “by accident.”

By accident? Did you trip and fall or something? If you engage in sexual intercourse, which often leads to reproduction, you cannot claim to be confused or surprised when it works like it’s supposed to.

This brings me to a truly cringe-inducing story published this weekend in the Toronto Star, titled Doctor sues mother of his child for emotional damages. Given the headline, you might assume that the mother of his child had somehow been negligent or abusive to said child. But nope.

When a man and a woman of a certain age have unprotected sex, there is always the possibility a baby will be made.

Such are the facts of life with which, one would assume, a doctor is familiar.

And yet a 42-year-old Toronto physician recently tried to sue a woman with whom he’d had a casual sexual relationship for more than $4 million in damages, claiming “non-pathological emotional harm of an unplanned parenthood.”

Did you get that? This fellow—over forty, and a medical professional—is claiming that some woman he was sleeping with has caused him emotional harm because the act of him sleeping with her caused her to get pregnant.

The petulant and promiscuous papa was angry because the woman he was casually having sex with said she was on the pill, and, whether she was or she wasn’t, she ended up getting pregnant. He, like a good modern-day gentleman, assumed the woman he was extracting fleeting pleasure from had turned her reproductive system into a chemical playground to ensure that they could continue to have casual coitus free of any consequences.

But as the Star reported:

But then DD got pregnant, and PP wasn’t pleased, so he sued her.

Superior Court Justice Paul Perell threw out PP’s statement of claim last week, without permitting him the opportunity to amend it, finding there was no legal basis for his lawsuit.

“The case is certainly precedent-setting because no one has ever tried to do this before,” said DD’s lawyer, Morris Cooper, who characterized PP’s argument as “really a claim for wrongful pregnancy and birth.”

DD, a 37-year-old medical practitioner who is now the mother of a healthy 10-month-old child, is pleased with the decision, her lawyer said.

I suppose that’s a silver lining, if such a thing is to be found in such a pathetic tale. But considering judges have a bad habit these days of awarding damages in “wrongful birth” lawsuits and all sorts of other grotesque miscarriages of justice, relief is rational. The judge even sealed the case and hid the identities of those in the case, for fear that one day the baby in question might grow up, find the court records, and realize that he was the occasion for the lawsuit. And that further, if his father had finished sulking about his fertility and decided to show up once in a while at that point, the son would be exposed to the fact that this guy was, in fact, a colossal jackass.

After all, this “father” (“sperm donor” seems more accurate) had the guts to sue for this reason:

“To use the language of the statement of claim, PP was emotionally harmed because he was deprived of the choice of falling in love, marrying, enjoying married life and, when he and his wife thought ‘the time was right,’ having a baby,” the judge wrote in his 18-page ruling.”

Yeah, you read that right. Read it and weep. The gaping canyon between reality and this guy’s sense of entitlement is unfathomable. Biological reality, set in motion by his actions, had trumped the Walt Disney happy ending he was apparently yearning for. Of course, if he’d wanted that to be the case, perhaps he should have been looking for a long-term, serious relationship rather than tramping off to bed with, as he put it later, “some random girl.”

He asked her to get an abortion, of course. She said no. So he sued:

“DD committed an independently actionable wrong through misconduct that represents a marked departure from ordinary standards of decent behaviour. Her conduct was sufficiently malicious, high-handed and highly reprehensible such that it offends the court’s sense of decency.”

He therefore said he should be entitled to punitive damages “to achieve the objectives of punishment, deterrence and denunciation.”

Yes, indeed. How dare this woman’s reproductive system function in such a way that engaging in intercourse resulted in pregnancy—and how dare she not hire some feticide technician to suction that human being into shreds before he was old enough to bother his father with demands for attention and acknowledgement.

Ladies and gentleman, a lovely example of the post-modern man.