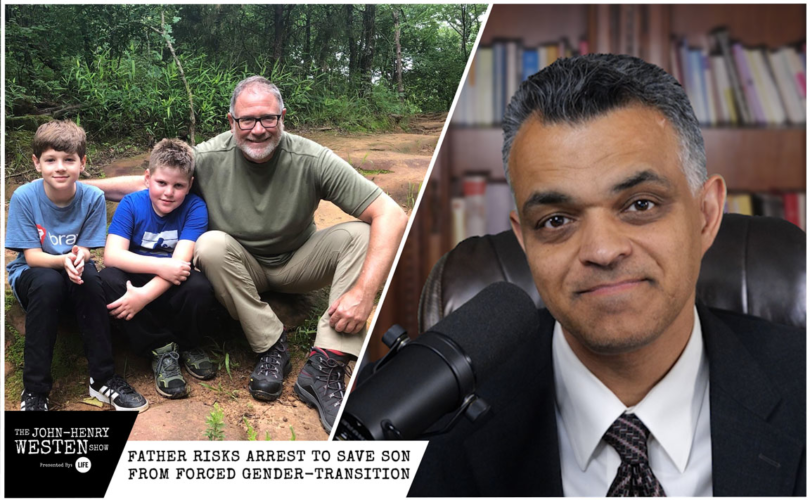 June 30, 2021 (LifeSiteNews) — LifeSite has reported extensively on the story of James Younger, the boy whose father refuses to allow him to be transitioned to a female, even though his mom believes he is a girl. Jeff Younger, the father of James, currently has a gag order put on him, which prohibits him to speak out in defense of his son. But he has now decided to ignore that order, and save his child from irreversible surgery, even if it might possibly result in his arrest.

Jeff talked to me today about the latest developments with his son, as well as the real dangers of gender reassignment surgery and other “transititioning” methods. We also talked about his motivation for speaking out despite the possible consequences.

Currently, even though he shares 50/50 parental rights to James, which has allowed him to stop the chemical castration of his son, Jeff’s ex-wife recently sued to have full parental rights and to “give her sole medical and psychological decision making.” He is also being threathened with jail time from the gag order, which he believes was intentionally done to stop him from helping pass legislation in Texas to ban sex-change surgeries for minors.

Jeff says that the gag order “prohibits me from speaking on all manner of political topics. And I’m not even allowed to tell you in that gag order whether my son’s a boy or girl.” But Jeff is speaking out, no matter what, because of the real danger that his son is in if he undergoes transition surgery.

Jeff points out just how dangerous the “transitioning” methods are to psychological and physical health. He explains how “puberty blockers block the normal growth of the skeleton,” and mentions the problems with cross-sex hormones, which cause permanent sterilization.

Jeff tells me how he believes it is his right and duty as a father to protect his son and to disobey “any illegal order, mandate or law that especially endangers my son.” He says that he is guided by the belief that the God-given moral law is higher than any other human law from a judge or state.

Jeff states that he will continue to fight for children, and will not rest until transition surgery is “not only illegal, but socially unacceptable and morally reprehensible, and to cast this out of our culture altogether.”

I ask you to please pray for God to give strength and fortitude to Jeff Younger and his sons. You can also visit the #SaveJames movement Facebook page.