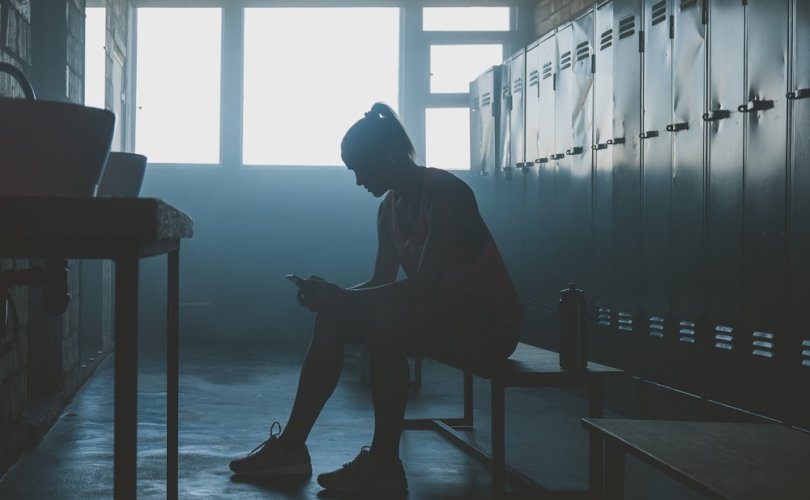 November 15, 2019 (LifeSiteNews) — The so-called “bathroom wars” are continuing to rage across the United States, tearing school communities apart over a fundamental question: should the privacy and comfort of girls be sacrificed for the sake of a handful of students who claim to be born into the wrong bodies, often egged on by ideological sex education? The LGBT movement, unsurprisingly, is answering that question with an emphatic yes.

In Palatine, Illinois, a four-year-long debate over “access to locker rooms for transgender students” came to an end this week when the school board of School District 211 voted 5 to 2 to permit students identifying as female to use the female locker rooms. The fight began back in 2015, when Obama’s Department of Education accused the district of breaking the law for refusing to allow a male identifying as female into the girls’ locker room.

After two federal lawsuits, the board decided to vote in favor of permitting students who identify as transgender to use whichever bathroom or locker room they feel the most comfortable with. The new policy reads in part that transgender students “shall be treated and supported in a manner consistent with their gender identity, which shall include students having access to restrooms and locker rooms that correspond to their gender identity.”

Female students were upset by this decision, especially as their comfort seemed of little consequence or concern to decision-makers. “I do not want to see a transgender student naked in the locker rooms,” one girl said. Another student, Julia Burca of Fremd High School, was equally blunt: “I feel very uncomfortable and I feel it’s against my rights as a student.”

Unfortunately for the girls, this is 2019, and their words are considered hateful and transphobic. Their desire to shield their bodies while changing from the eyes of male students, an instinct that would have been considered admirable a short time ago, is now seen as evidence that these girls are bigoted. Bigoted, or perhaps simply too stupid to realize that our culture very recently decided that girls can have penises, too, and that, thus, their natural discomfort will need to be overcome. It’s time to get with the program.

Media outlets also reported that some “female” students were overjoyed, as they felt they were finally permitted to use bathrooms and locker rooms that correspond to their gender identity. What the trusty reporters fail to point out, of course, is that these students are males who identify as females. Thus, these dueling reactions actually constitute discomfort and even fear from the girls and jubilation from boys identifying as girls because they can now change with the girls. Whether these boys genuinely feel as if they are girls is beside the point.

Previously, the school district had permitted transgender students to use the locker room of their choice but had asked that male students identifying as female change in a private area. This, as you can imagine, was not considered adequate by transgender students and their allies, and one transgender student, Nova Maday, filed a lawsuit against the district in 2017 because he was asked to use a different changing area that, as the Chicago Tribune put it, “other girls were not required to use.”

That was because many girls did not want to change in front of Maday, a male. But these days, boys who want to get into the girls’ bathrooms aren’t suspended or reprimanded. If they say, despite all evidence to the contrary, that they are girls, too, the school staff will bend over backwards to make it happen, and the district school board will redraft policies to the shock of parents who grew up in a saner time. Many parents, incidentally, were furious by the decision, greeting the claims of some staff at the meeting that this change was in the interest of all students with angry shouts of “False! False!”

Many parents stormed out of the meeting, livid that the concerns and fears of their daughters were again being sacrificed to appease the LGBT community’s demands. “Homeschool, that’s the answer,” one woman shouted as she left. She has the right idea.