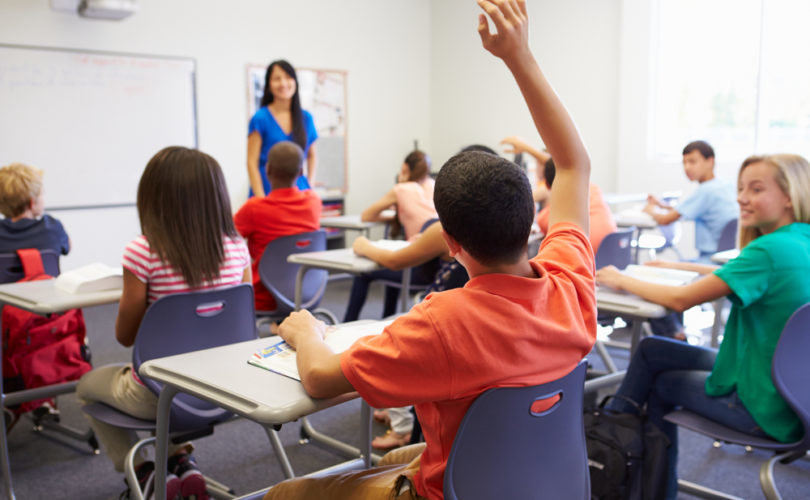 April 9, 2018 (LifeSiteNews) – Nothing irritates a progressive like discovering that people disagree with him—and nothing highlights that fact more beautifully than the response of Alberta’s education minister David Eggen to the news that his attempt to place the state in between parents and children was being challenged in court.

Eggen spearheaded Bill 24 late last year, making it illegal for a school to tell parents if their child decided to join a Gay-Straight Alliance Club (GSA). Premier Rachel Notley even said that for parents to be told what their children were up to while in the care of government employees would be “super-cruel,” insinuating that children needed to be protected from Albertan parents.

But on April 5, the Justice Centre for Constitutional Freedoms (JCCF) filed a court challenge to the law, with JCCF’s president John Carpay indicating that about 26 religious schools—including Jewish, Sikh, and Christian institutions–have joined the challenge, in addition to other citizens who are simply concerned about the threat this legislation poses to parental rights.

Fundamentally, Carpay noted, this bill implies that the state cares more for children than parents do, and believes that secrets should be kept from parents as a result. David Eggen, who has been relentlessly attacking faith-based schools since the beginning of his tenure, promptly threw a tantrum. In an email to Discover Airdrie, he detailed his frustration:

Let me be crystal clear: Bill 24 is the law and it will be enforced. Our government is confident that the courts will uphold the right of every student to form a gay-straight alliance without fear of being outed. Schools that don’t follow the law will risk having their accreditation and funding stripped, period. Frankly, I’m disappointed to hear a close ally of Jason Kenney is trying to use the courts to overturn a law that protects gay kids.  Our government understands that in today’s Alberta it matters how we treat each other – especially the most vulnerable. It’s time for Jason Kenney to come clean: Does he stand with the vast majority of Albertans who support GSAs or with his close ally John Carpay who want to take us backwards?

Eggen seems to be missing a number of points here. First, Bill 24 may be the law for now—but the courts may reverse it. Frustrating as it is for men like Eggen, there are in fact checks on their power and ability to reshape society according to their own ideological beliefs. Second, Eggen’s favorite response to those who indicate that their beliefs differ from his is to threaten them with having accreditation and funding stripped. Eggen is a bully, and there are tens of thousands of Albertans eagerly awaiting the opportunity to show him the door as quickly and unceremoniously as possible.

As for “the vast majority of Albertans” that Notley, Eggen, and the rest of the ideologues currently occupying the Legislative Assembly constantly claim are supportive of the various progressive projects they are embarking on, let’s just say that May 31, 2019 can’t come soon enough—and the polls indicate that Eggen may be wildly overestimating the amount of affection Albertans have for him and his cronies.

It may well be possible that Eggen, Notley and their gang actually do realize that Albertans increasingly despise them—and that they are attempting to implement as much of their ideological agenda while they still hold power. Eggen has already indicated that he may move to defund and strip accreditation from faith-based schools that refuse to tow his line. Notley is moving to reward her donors in the abortion industry by passing a bubble zone law. And in the meantime, they are scrambling to create a ridiculous narrative in which Jason Kenney and his colleagues in the United Conservative Party are misogynist homophobes.

David Eggen, Rachel Notley, and the rest of the NDP have just over a year to continue their assault of Alberta’s faith-based schools and promote the narrative that Alberta’s children must be protected from Alberta’s mothers and fathers. They can do a lot of damage in the meantime, and you can be assured that they will try. But for Albertan conservatives and Albertans who simply believe in freedom, nothing can be more important than working together to throw the whole lot of them out of government next year. An awful lot is depending on it.